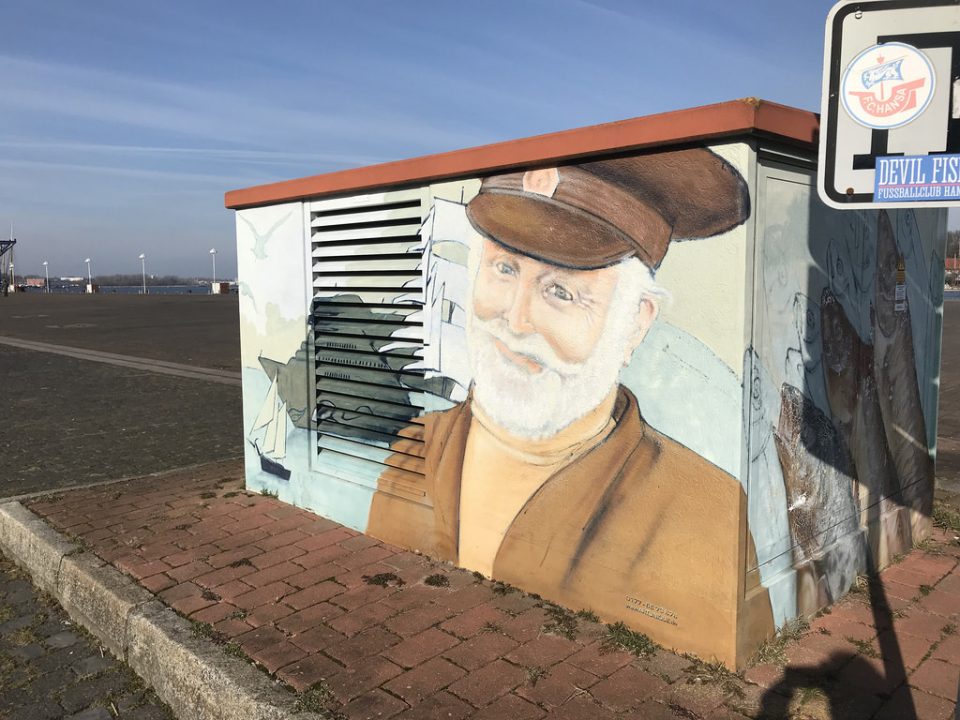 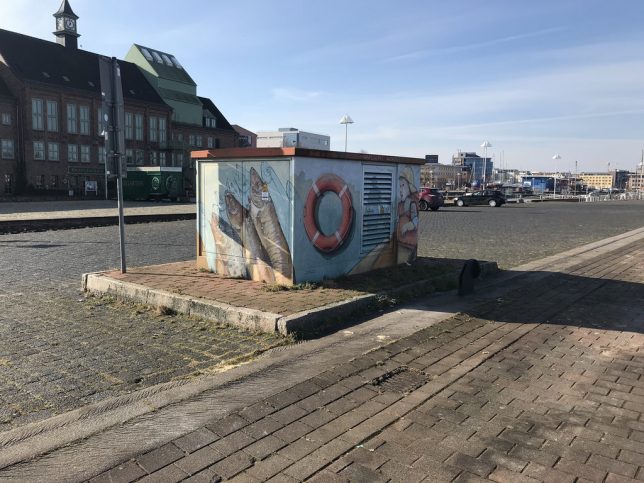 “Transformatorenstation” is German for “transformer stations”, formerly known as “substations” before the advent of large electric power plants altered their prime function to be power distribution stations. These box-like structures are nowadays mainly prefabricated with little or no decorative aspects. 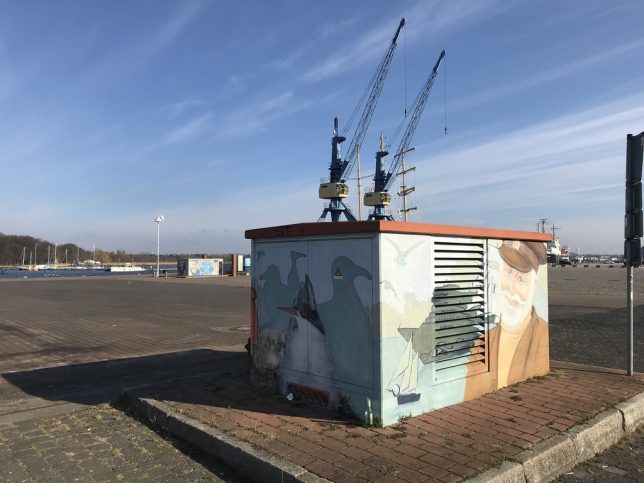 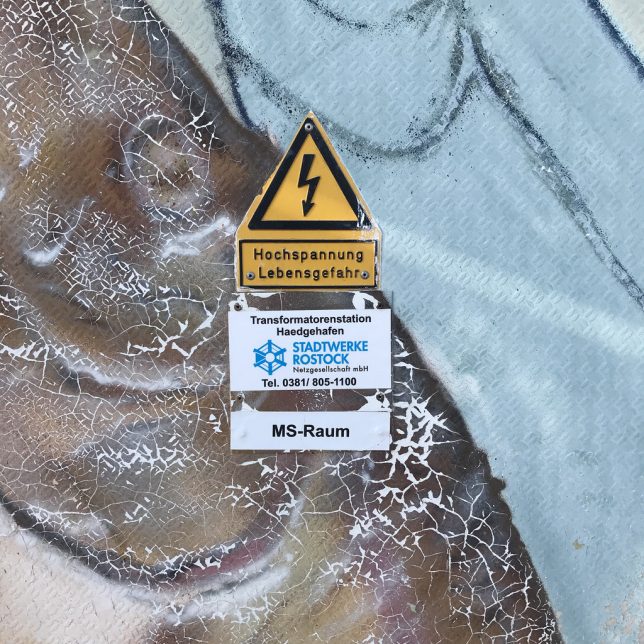 While this practice is cheaper, the stations are extremely alluring to graffiti artists due to their being “blank canvases” in public view. Thus, locally sponsored initiatives that enlist artists to paint the stations save money in the long run, as less funds need to be expended on graffiti removal. This “trafostation” (to use the German short form) celebrates the long maritime tradition in the Baltic Sea port city of Rostock, as captured by Flickr members Patrick in July of 2014 and Victor Valore (PowerSubShot) in February of 2018. 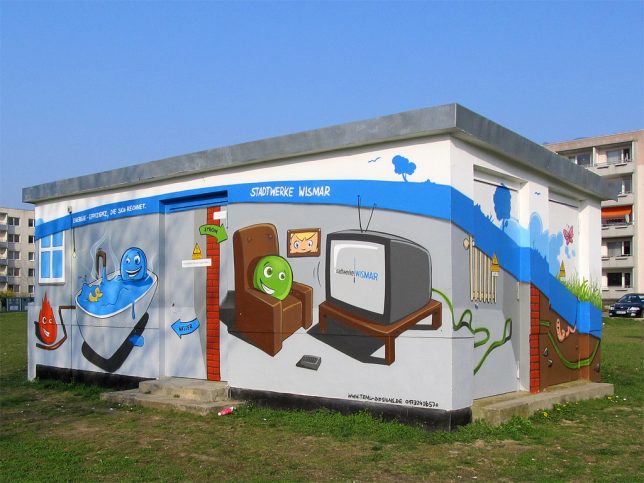 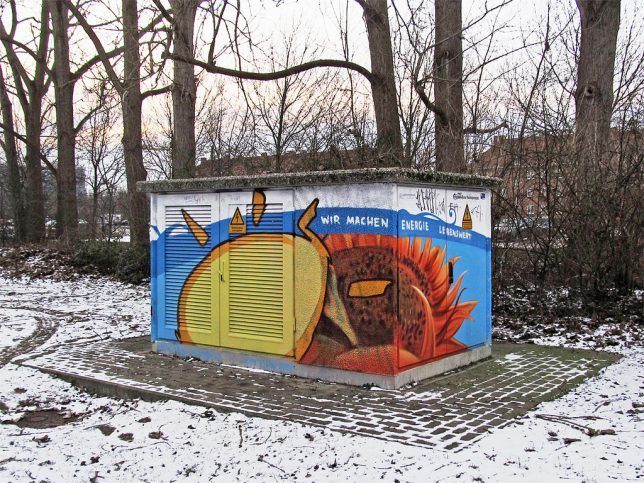 These transformer stations are located in Wismar, another historic Hanseatic League town located on the Baltic Sea coast west of Rostock. Wismar-based artist Christian Pursch of TEML-Designs painted these two stations, the first of which appears to portray the benefits of electrification to homeowners. Flickr member Patrick snapped these Wismar trafostations in early 2014. 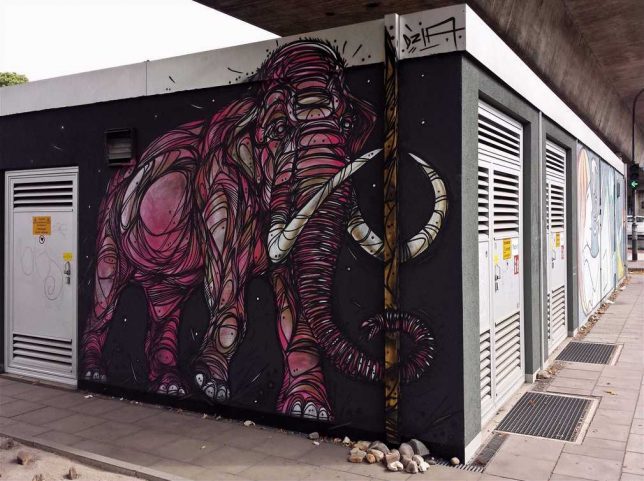 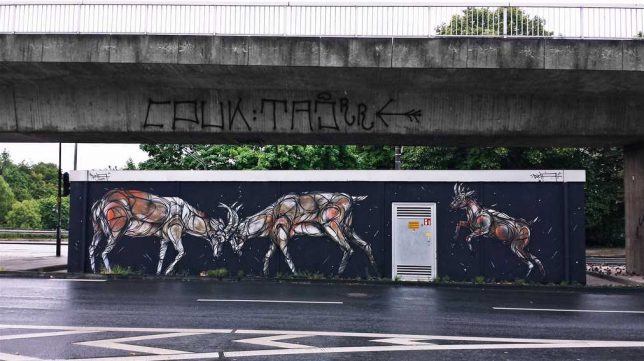 Flickr member abudulla.saheem photographed this rather large transformer station in Köln (Cologne), an historic city in southeastern Germany famed for its iconic twin-spired cathedral. Note the graffiti tag on the concrete support span above the station – the anonymous “artist” went out of their way to tag above the artwork. Maybe the city should pay to have ALL of its infrastructure arted up.

Where the Really Wild Things Are 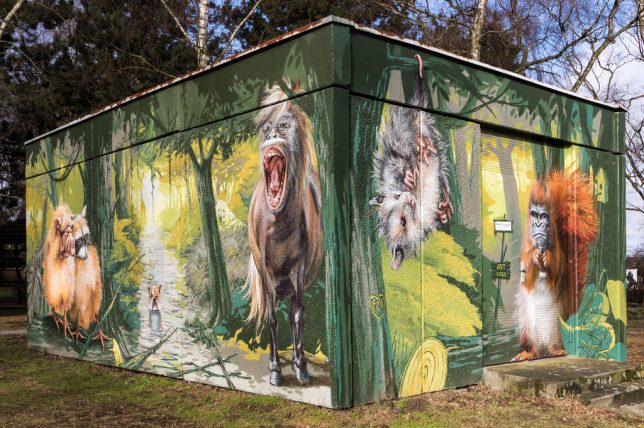 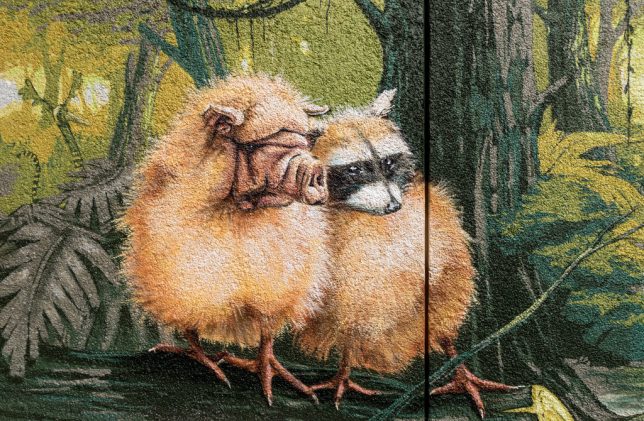 Public art usually doesn’t raise the hackles… this example, however, will raise the hairs on the back of your neck! How the artist got this concept past the organizing committee we’ll never know, but here it is, freaking people out daily in a shady corner of Rostock. Flickr member Zarner01 captured this suburban horror show in February of 2016.