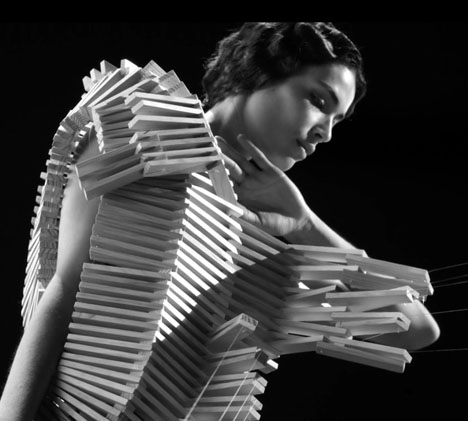 Fashion and architecture intersect in a short film called Kaplinksi, wherein models wear and then break out of architectural structures made of children’s wooden blocks. The film is a collaborative work between filmmaker Benjamin Seroussi and architect David Tajchman, and features abstract, geometric Constructivist design from the Soviet Union circa 1920. 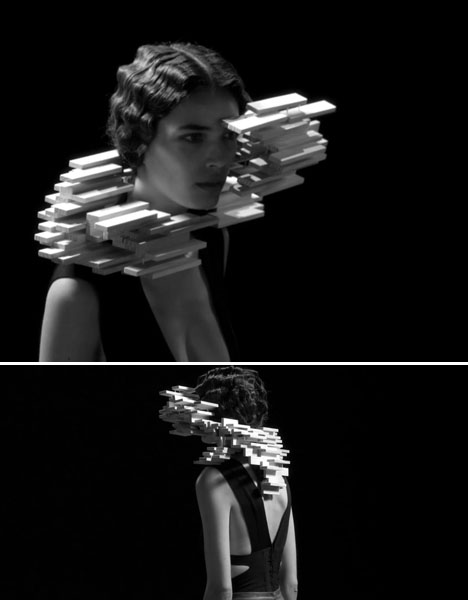 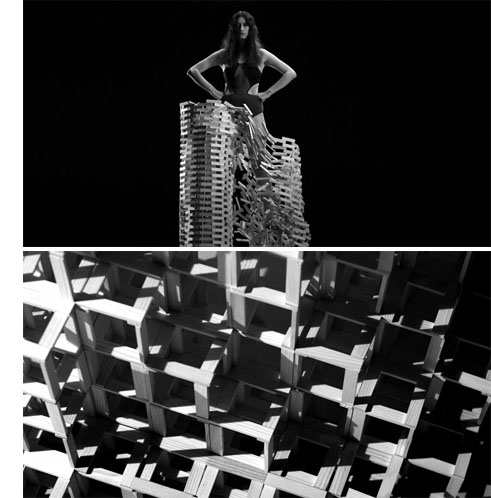 The four-minute black and white film explores both the human body as a framework for architecture, and architecture as a cage. Abstract cities and skyscrapers form around the models, and begin to self-destruct. Constructivism inspired both the photography and the look of the film. 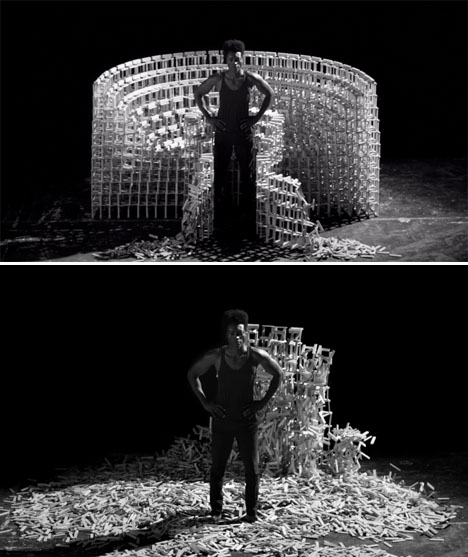 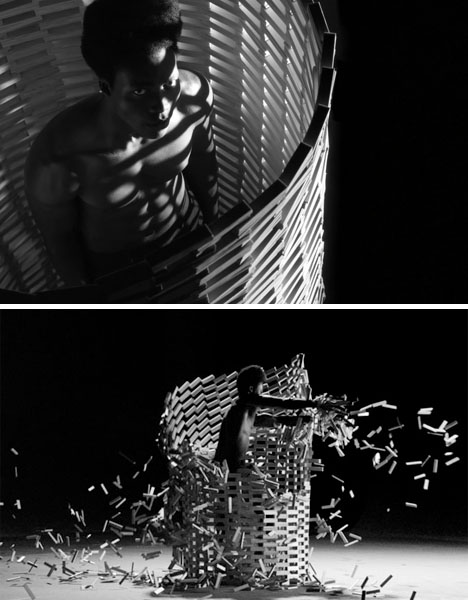 The blocks used in the film are ‘Kapla blocks,’ small pine rectangles of identical size and shape that are stacked rather than interlocking, so any structures made with them are temporary and rather fragile. The name of the film refers both to these bricks and to the Russian influence of the aesthetic.