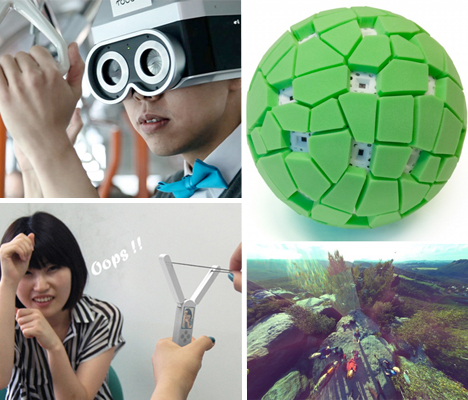 Digital photography innovations have led to cameras that can capture images at the speed of light, see the world from the compound eye of an insect or describe scenes via speech for the visually impaired. Some of these strange and amazing digital cameras will even remember your preferred settings using iris recognition software, spit out descriptive text with the help of virtual workers around the world, or activate only at the touch of strangers. 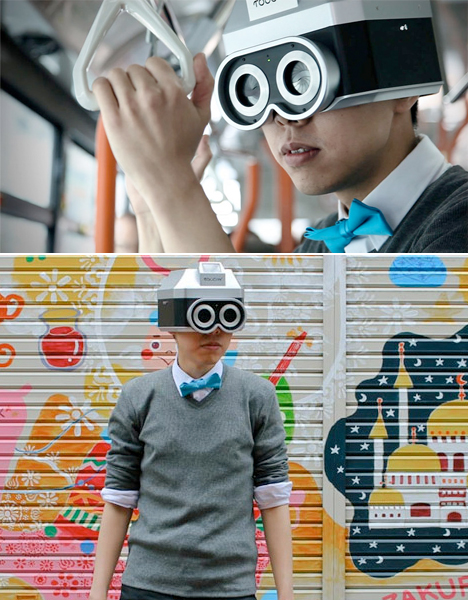 The wearer of this odd-looking camera helmet is entirely in the dark – literally – until touched by another person. When continuous physical contact is maintained between the camera, ‘Touchy’, and an outside person, the eye-hole shutters are activated. This gives the wearer back his or her own vision, and captures images every ten seconds. The creators note that we’re all separated into social bubbles, avoiding connection with strangers. “However, technologies like internet social networking or the mobile phone loosens social boundaries, hence dehumanizing physical communication. to a certain extent, it generates social anxiety such as the one experienced in the ‘hikikomori’ and ‘otaku’ cultures in Japan. Touchy criticizes this phenomenon and suggests a solution by transforming the human being into a social device: a camera. the touchy project investigates how such a device improves social life, presupposing that a camera is a known tool for sharing memories, valuable moments, enjoyment, emotions, beauty and so forth’. 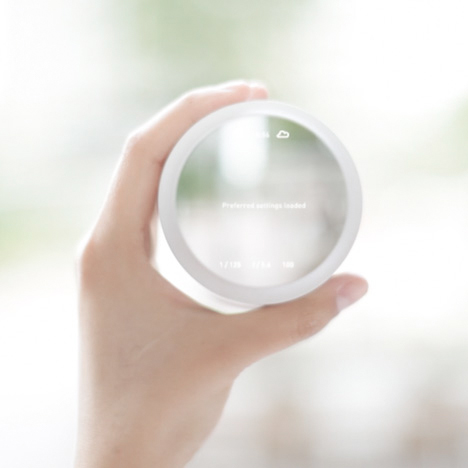 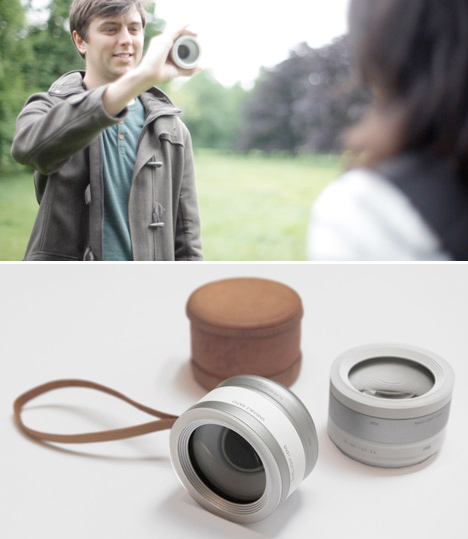 Iris is an eye-tracking camera that you control by blinking and squinting. It uses biometric technology to recognize users’ faces through their unique iris signatures, automatically loading their preferred settings including aperture, ISO and screen display. Zoom in and out by widening your eyelids, and take a photo by holding your gaze before double-blinking. 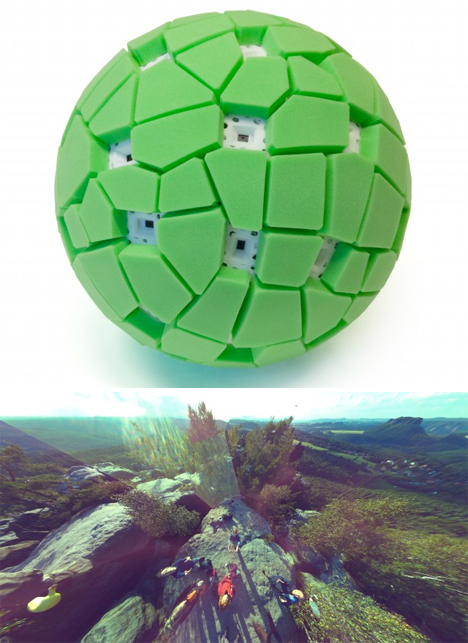 This incredible throwable camera captures photos of scenes from thirty-six individual lenses to create a continuous spherical landscape. The modules are mounted in a 3D-printed enclosure resembling a soccer ball, which is padded with foam and contains an accelerometer that helps predict rise time to the highest point of a throw. At that point, the exposure is triggered. Once the ball is caught, pictures are downloaded automatically via USB and shown in a spherical panoramic viewer so you can explore the full representation of the scene. 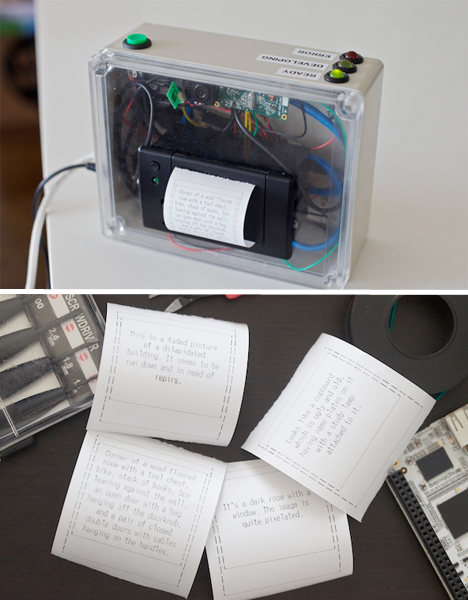 Imagine having an army of virtual slaves at your command who help you organize your photo collection by printing a description of what each picture contains. That’s essentially what the Descriptive Camera by Matt Richardson achieves, taking advantage of people who perform menial online tasks for a few pennies at a time via the Amazon Mechanical Turk API. You take a photo and a worker receives it instantly via IM, typing up a description that the camera will then print on a receipt. The whole process takes three to six minutes, and the quality of the description may vary. One example: “Looks like a cupboard which is ugly and old having name plates on it with a  sturdy lamp attached to it.”