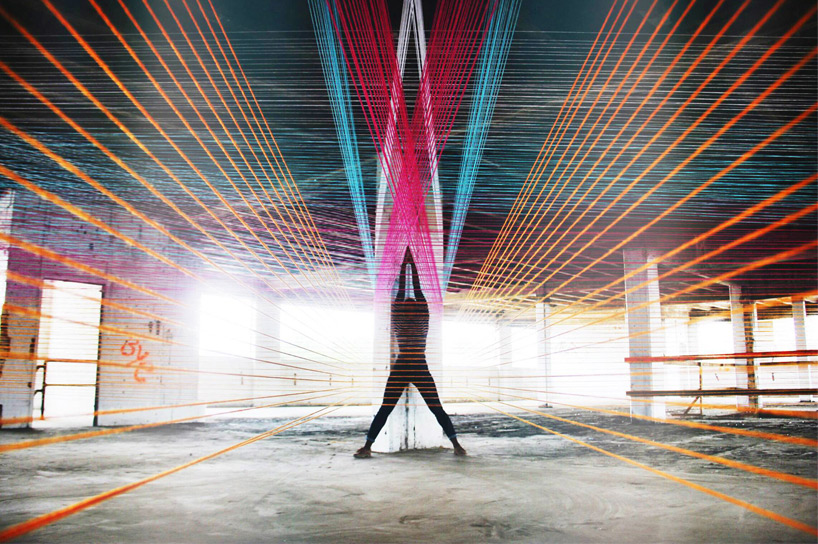 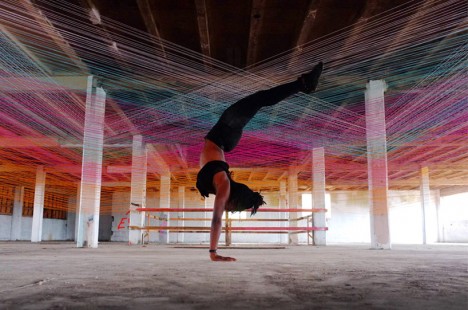 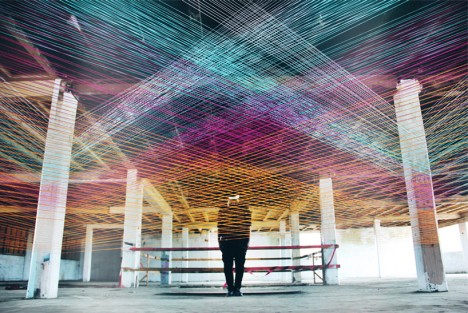 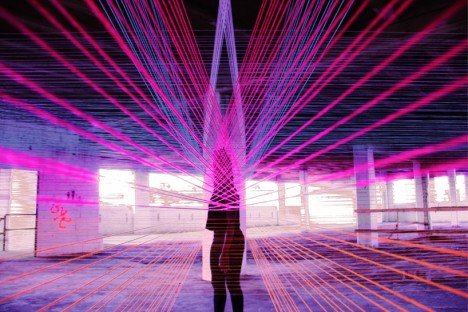 The setting is a dilapidated building on the corners of Channing and Reed streets in Washington, D.C. It took the artists two days to install an undisclosed amount of yarn, winding it around support columns and occasionally using nailed-on boards for extra support. The project was completed guerrilla-style, and D.C. residents who tried to get in to see it in person report that it has since been cut down, with ‘No Trespassing’ signs posted on the property. 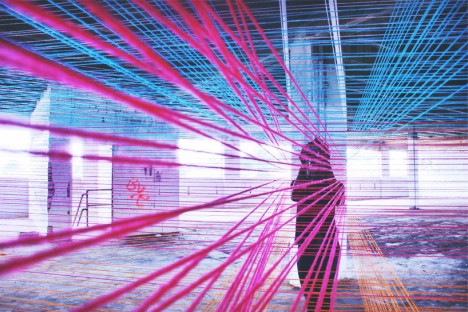 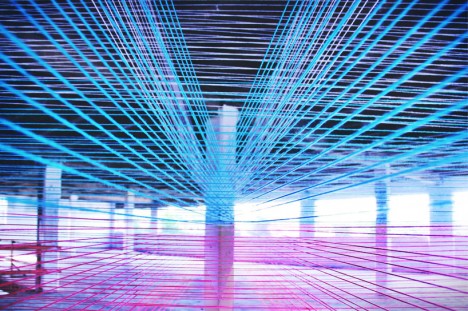 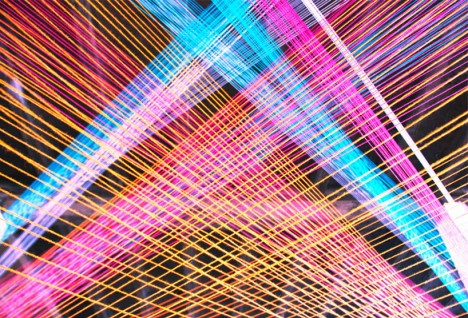 The first yarn piece Toki created was carried out in a more accessible place, enabling the public to watch  the piece take form over a period of three days. They hoped that occupying an abandoned building would “engage the viewer on an urban exploration… inciting a sense of wonder.” This edition of the series may not have been up long, but there will be more installed throughout the Washington D.C. metropolitan area. 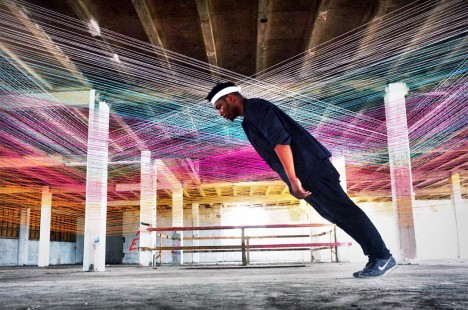 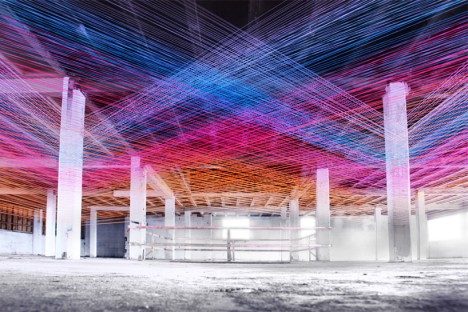 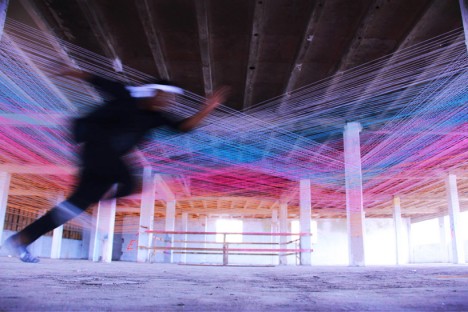 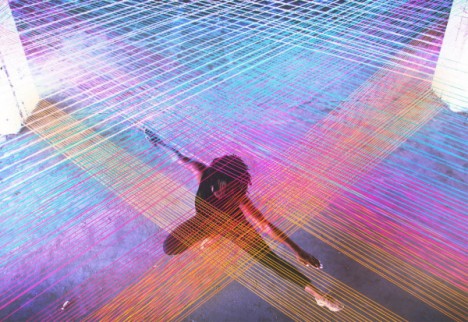 “Our initial decision to create this series was more impulsive than planned, and influenced by the desire to express the music we hear three-dimensionally,” say the artists. “These creations allow us to represent the sound of music as physical worlds. They start with lines of distinct colors you can follow and the more you immerse yourself, the more they blend in and the more you surrender to the symphony of color. Similar to music, the space we create allows you to slip between worlds, to be in two places simultaneously.”