An abandoned warehouse in Richmond, VA, exquisitely photographed by Joel Handwerk of Lithium Photo, is an earthbound example of magnificent desolation. 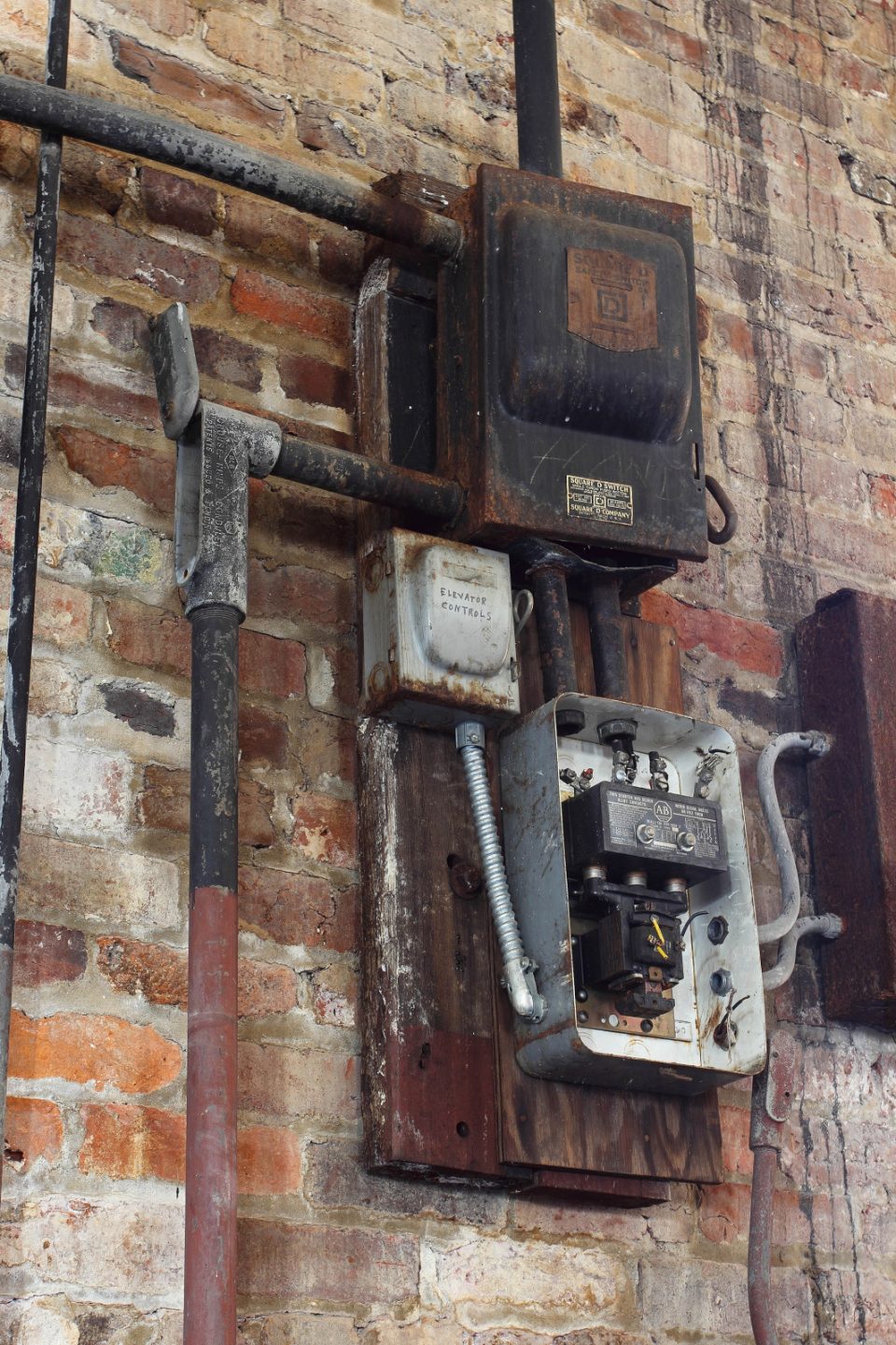 Apollo 11 astronaut (and second man to walk on the moon) Buzz Aldrin coined the term “magnificent desolation” to describe his view of the lunar surface from close orbit. This series of photos snapped by Joel Handwerk of an unnamed abandoned factory in Richmond also capture scenes of urban desolation that can variously be described as spectacular, eerie, evocative, even magnificent so… yeah. We’ll risk a punch from Buzz ‘cuz we’re just calling ’em as we see ’em. 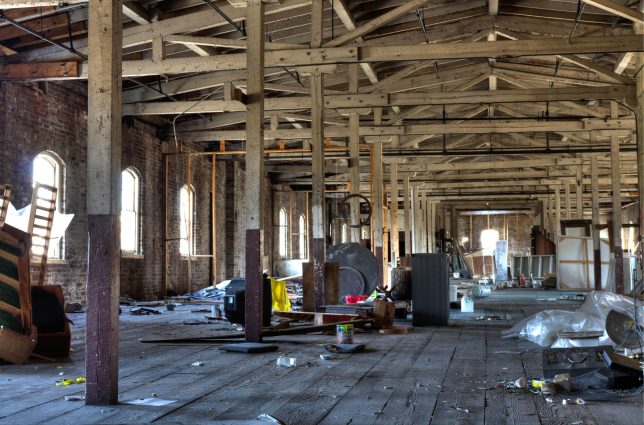 “The history of this building is not readily available,” states Handwerk, adding that “it is located in a somewhat shoddy part of Richmond, VA.” Considering the brick construction and the arched window frames, the structure could date as far back as the 1870s – a time when the former capitol of the CSA was recovering from extensive damage inflicted by retreating Confederate troops in the waning days of the Civil War. 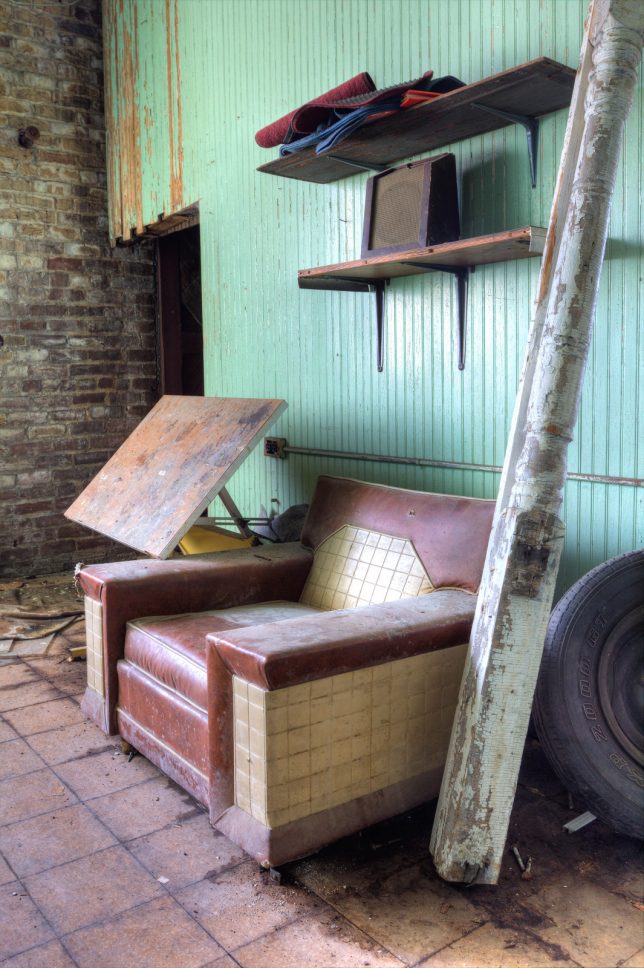 Established in the early 1740s and known affectionately as “The River City”, Richmond’s strategic location as a river, rail and roadway hub perpetuated a series of booms and busts, the high-water mark being the early-1960s “downtown boom” that saw over 700 buildings rise from the city center. 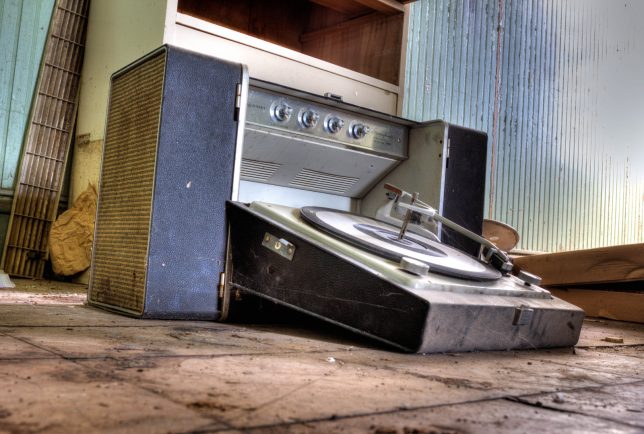 This particular building is far older than those, and any machinery or industrial equipment left behind was salvaged long ago. “It appears to be a warehouse of sorts,” comments Handwerk, “but the items inside the building do not give any indication as to what it may have been used for.” 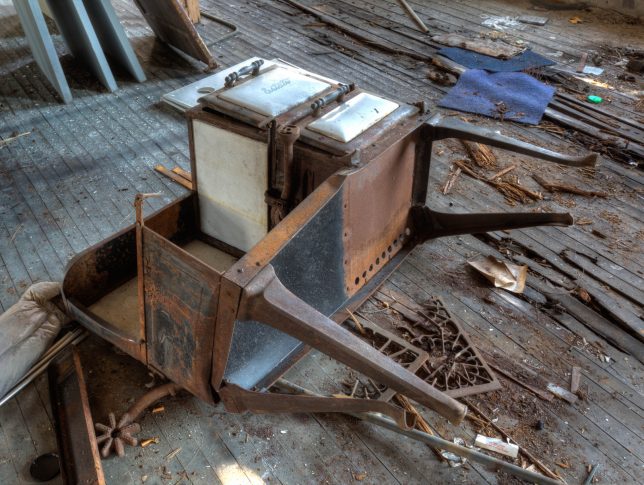 Those items tell a puzzling tale that may never be deciphered. “I stumbled across appliances, cassette tapes, paintings, and even motorcycle parts,” comments Handwerk. “Believe it or not, I even found a kitchen sink.” In this case, however, “everything INCLUDING the kitchen sink” just serves to obscure clues to the structure’s history. 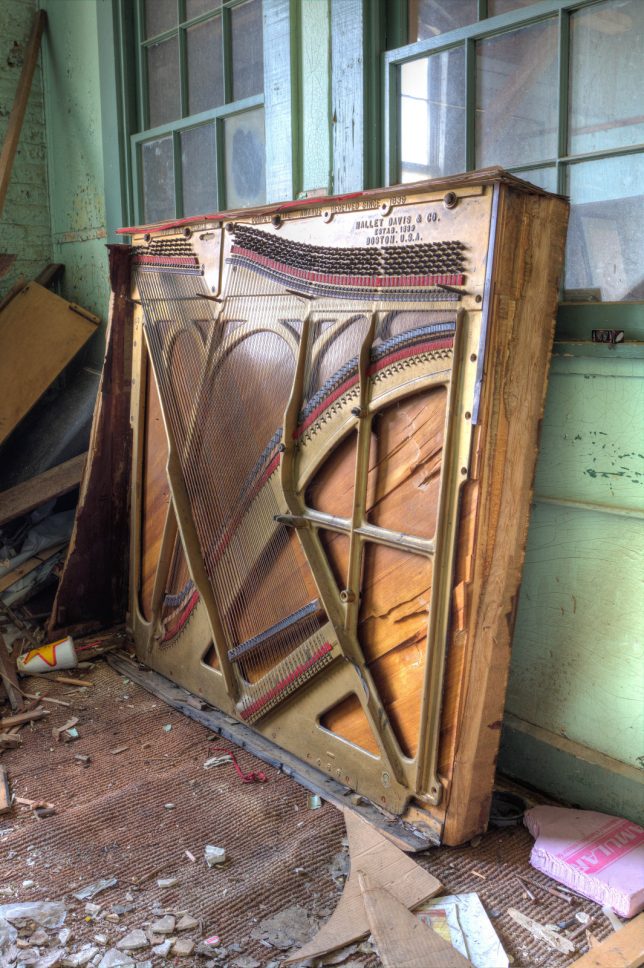 Richmond’s economy isn’t as dependent upon manufacturing, metal refining and tobacco warehousing these days, so chances are low this building will ever see another industrial tenant. It’s possible that gentrification will reach this “shoddy” part of Richmond someday – the question is, will this still-solid structure be able to hold out until then… and if so, will a residential makeover even be worthwhile for developers? 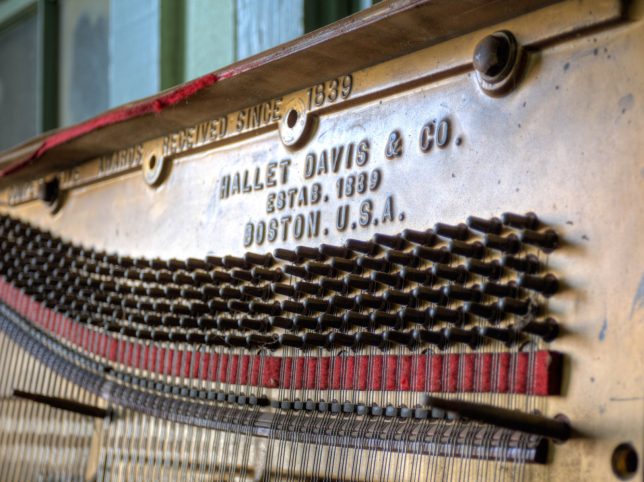 Handwerk himself isn’t holding out hope for this building’s future. “Based on the poor condition of the structure,” opines the photographer, who happens to be a native of Richmond, “I do not expect that this building will be restored anytime soon.” Ditto for the above piano, or what’s left of it. 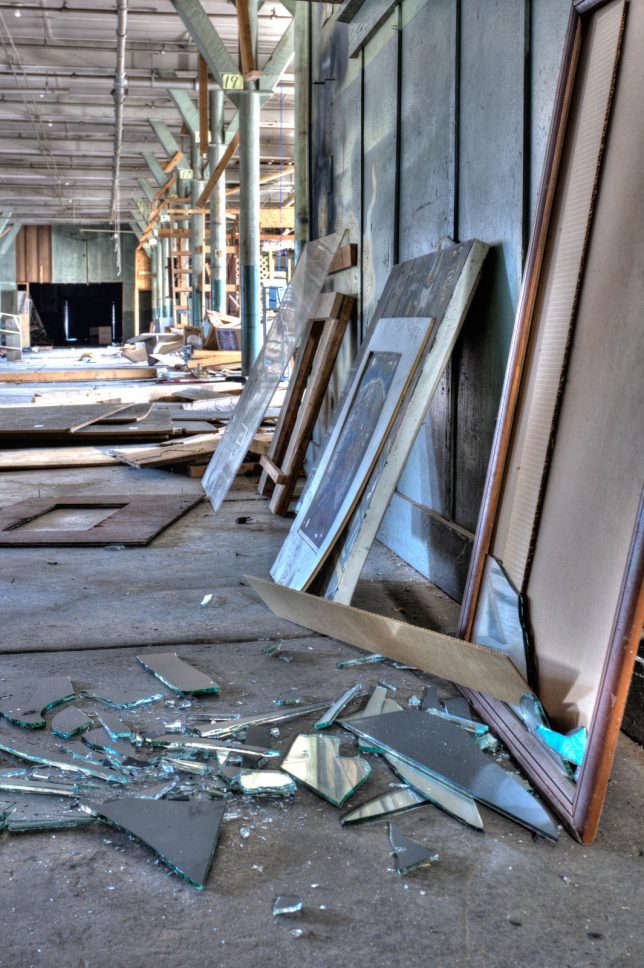 In the meantime, the building’s continuing existence is at the mercy of natural forces such as hurricanes, lightning strikes, and human activity leading to irreparable vandalism, out-of-control fires, and destructive salvaging of any remaining water pipes and electrical wiring. 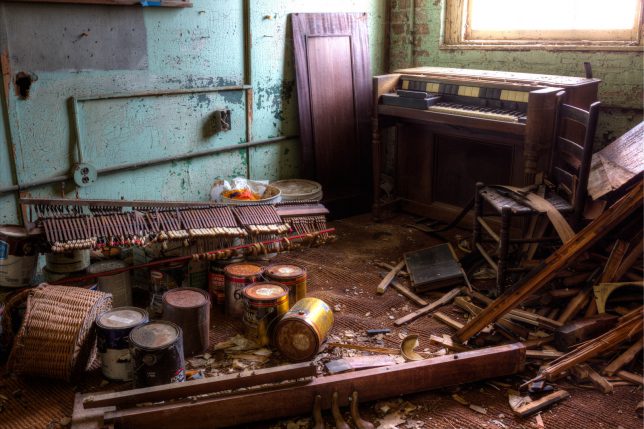 While old brick-walled buildings such as this were built to last, regardless of their construction technology (or lack thereof), Handwerk states “I found evidence that some homeless people had been staying here as well, which is usually a sign that the building has been forgotten for quite a long time.” 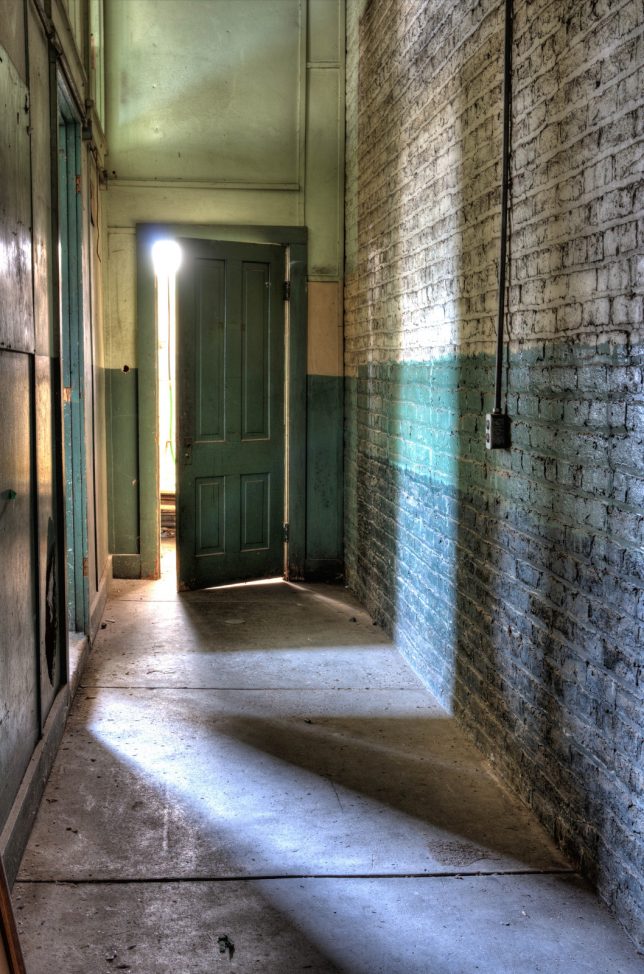 Handwerk’s exquisite, evocative and oft-eerie photos of this tired southern survivor capture the unusual architectural limbo that exists between active occupation and the desolation that precedes destructive dereliction and, ultimately, demolition. Forgotten though it may be, this otherwise anonymous “River City Warehouse” has achieved unexpected immortality with a sense of dignity thanks to Joel Handwerk’s magnificent photography (all images © 2017 Joel Handwerk).