Northern Europe is known for its sauna culture, evolved to combat the cold and gather people in the dark of winter, but this seaworthy version adds a mobile twist to a longstanding tradition. 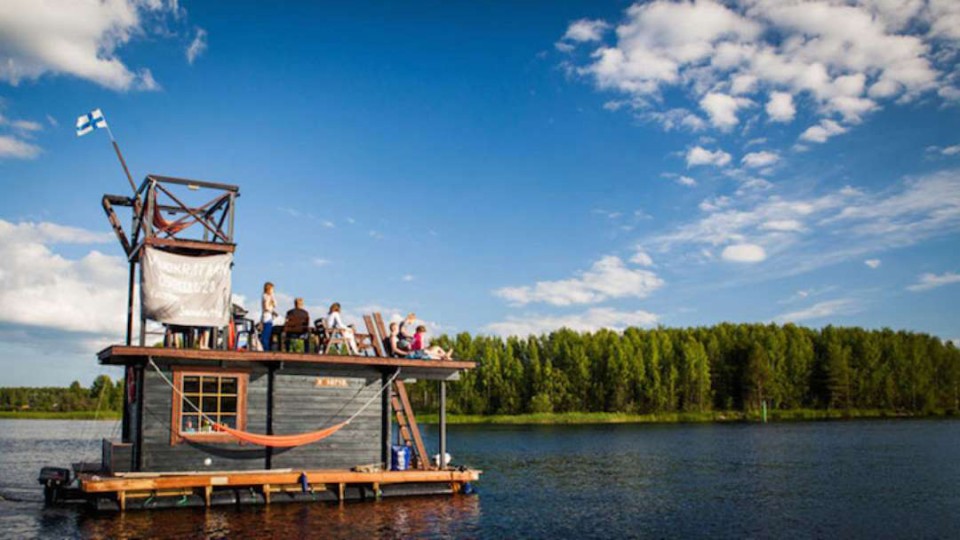 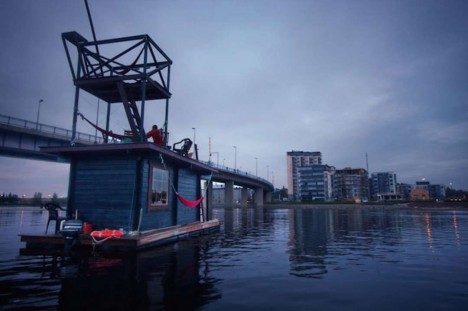 Built from recycled wood, floating on salvaged plastic barrels and powered by an outboard motor, the Saunalautta was created by friends who have since decide to rent out the structure. 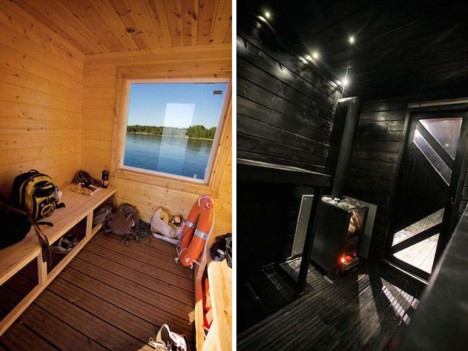 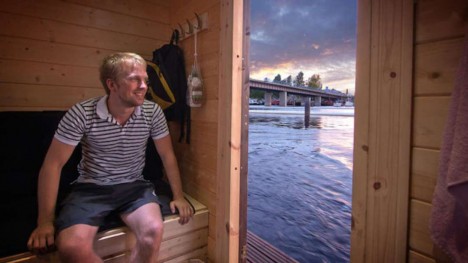 More than just a nautical sauna, onboard amenities include a barbecue as well as tents and hammocks for overnight adventures and relaxation outside of the super-heated central space. 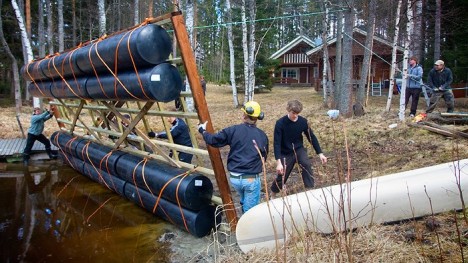 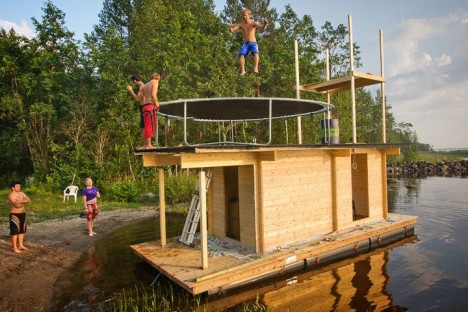 The crow’s nest at the top provides a lookout point and diving platform as well as shelter for the cooking space located directly below. They have even tested putting a trampoline on the second story, but safety concerns won out in the end. 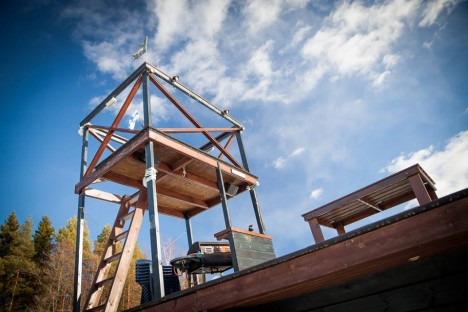 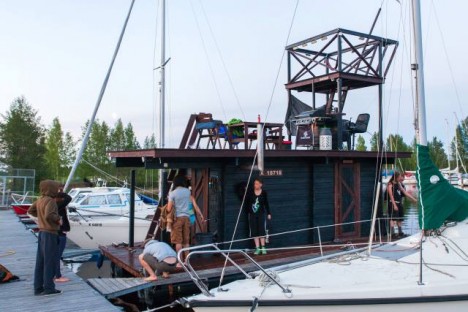 More from Architizer on the long cultural history of saunas in the region: “The chilly Nordic country of Finland is known for its deeply-rooted sauna culture. Dating back to as early as the 16th century, saunas became a popular way to beat the dangerously frigid winter temperatures. In a country with around 5.5 million inhabitants, there are more than 2 million saunas scattered about the land — that’s an average of one sauna per household. In Finland, these heated refuges are not thought of as a luxury, but rather, a necessity to protect people against the cold. Before modern healthcare, most Finnish mothers even gave birth in saunas, as the warm rooms were thought to have hygienic, purifying qualities.”