Floating on air, flickering with lightning, providing a pillowy soft surface or gently raining water down on plants, these cloud-shaped home accents and architectural designs are downright heavenly. A bluetooth speaker magically levitates above its base, a lamp provides motion-activated thunderstorm shows, a concrete display base makes toilet paper commercials literal in their comparisons and a house in Australia takes on a highly unusual silhouette. 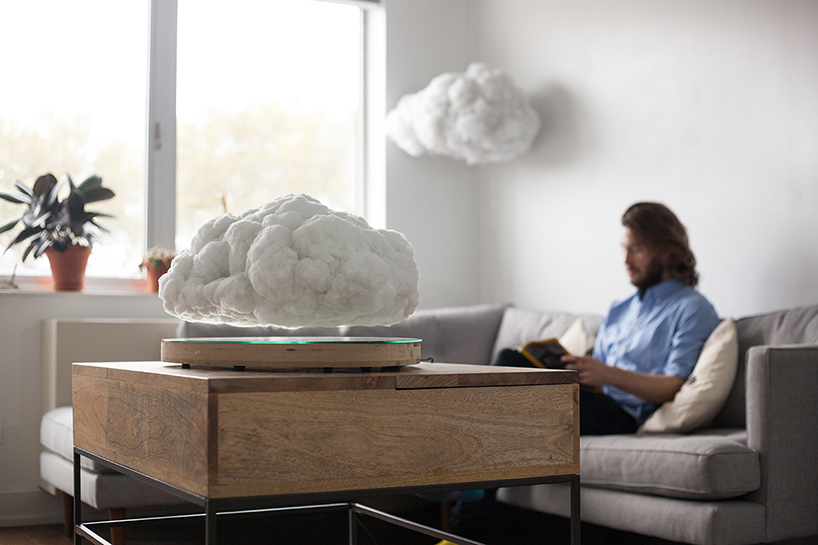 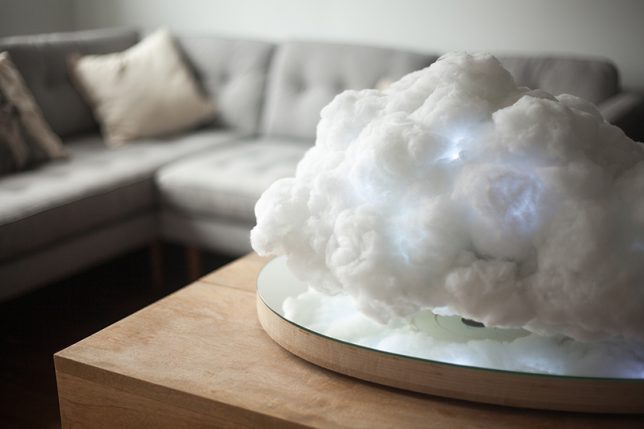 A cumulus cloud hovers over a wooden base, floating up to two inches above the surface, bobbing back and forth. That cloud is actually a speaker, and it levitates using the power of magnets. ‘Making Weather’ blends Crealev’s magnetic levitation technology with Richard Clarkson’s artificial cloud designs for an eye-catching product that flickers with ‘lightning’ when you play music. 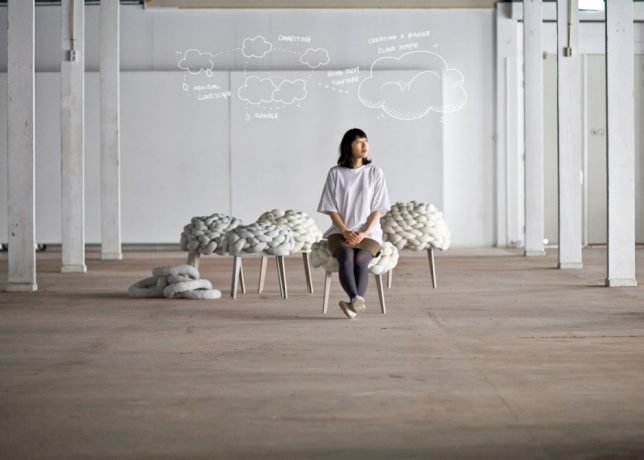 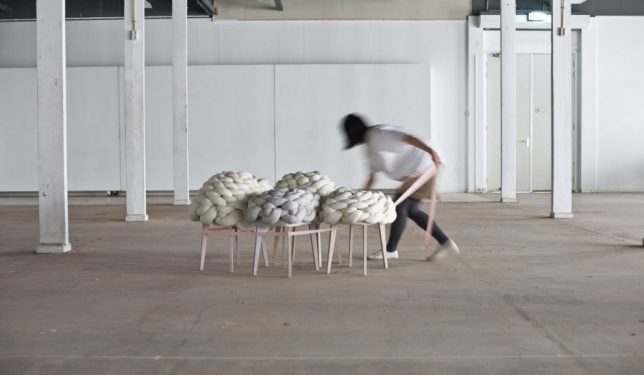 Chunky skeins of wool get hand-knitted into soft, cloudily masses made to sit atop wooden stools. Say the designers, Joon+Jung, “Cloud Stool is inspired by the flexibility and softness of the cloudscape. It can be singular or become a group as a human being. It gives the illusion that it’s alive, by using irregularity, flexibility and subtle differences in tone of perception. Conclusively, the form interacts between objects, and people could explore with it.” 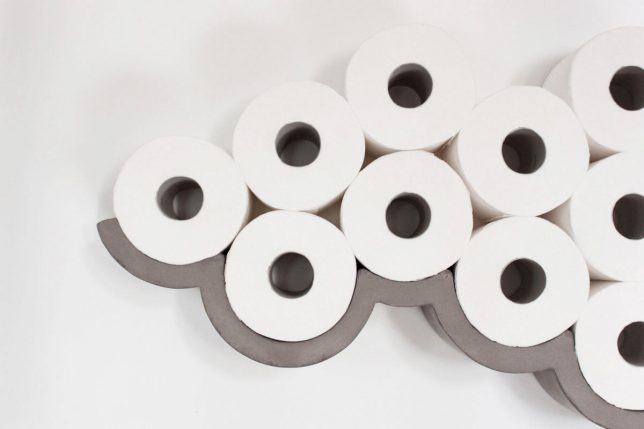 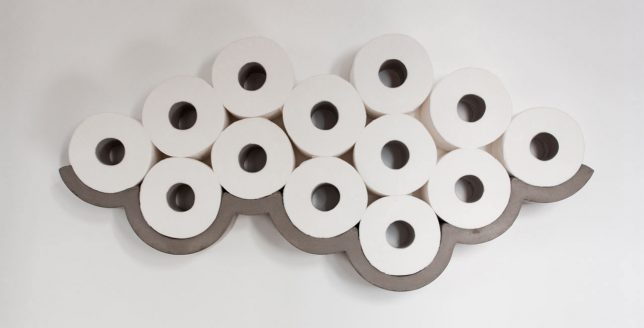 This might just be the most clever display of backup toilet paper ever created, yet it’s so simple. A curving concrete base lets you stack the rolls into a cloud shape, fitting up to 14 rolls for the large size, and it’s also available in a smaller size for space-challenged bathrooms. 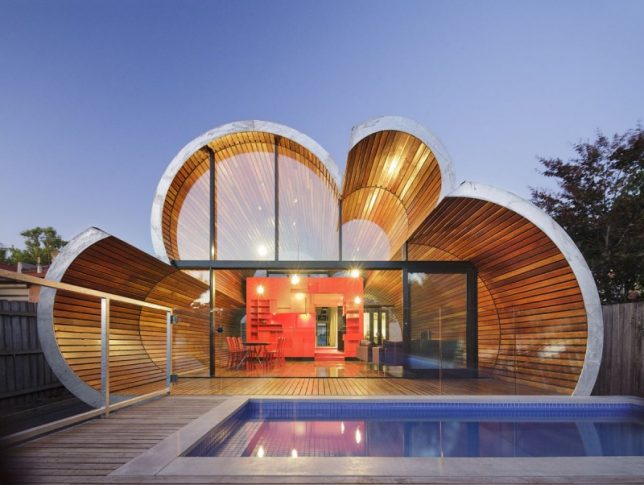 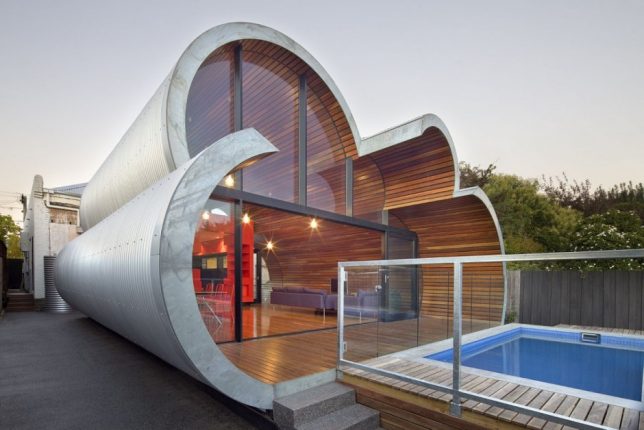 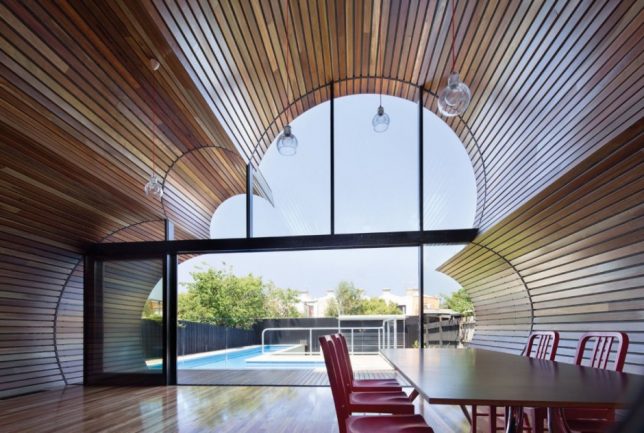 This modern home addition by McBride Charles Ryan expands the back of an Edwardian house in Victoria, Australia, with a glazed end looking out onto a long, narrow lap pool. “The new living addition faces due south while allowing controlled north sun into the living area and providing effective cross ventilation,” say the architects. “The form of the ‘cloud’ conforms to setback regulations without appearing obviously determined by them. The extrusion creates a dramatic interior language where walls merge seamlessly with the floor and ceiling. While the geometry is playful, the extrusion is essentially a contemporary barrel vault. It is our hope that this cloud has a ‘silver lining.’ 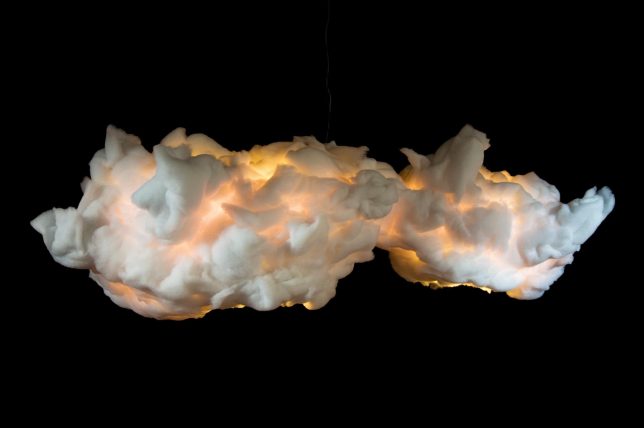 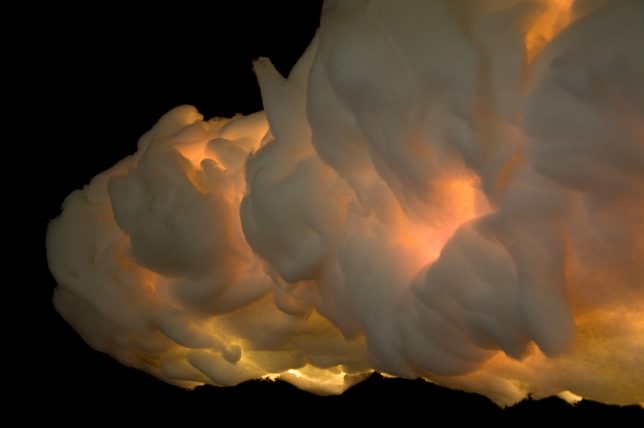 Puffs of ultra-realistic clouds glow as if caught by rays of sunlight, illuminated from within by energy-efficient bulbs and hung from the ceiling. ‘Le Nuage’ by Netherlands-based designer Wout Wessemius is a particularly striking version of the ‘cloud lamp’ phenomenon that swept through the industrial design world over the last few years.