The intricacies of a plant’s secret life beneath the soil, where its roots grow and change almost constantly, become a true work of art when manipulated into specific patterns. Artist Diana Scherer collaborated with biologists and ecologists at Radboud University in Nijmegen, The Netherlands to develop a system that can create the same kinds of spirals and other motifs found in traditional woven textiles. 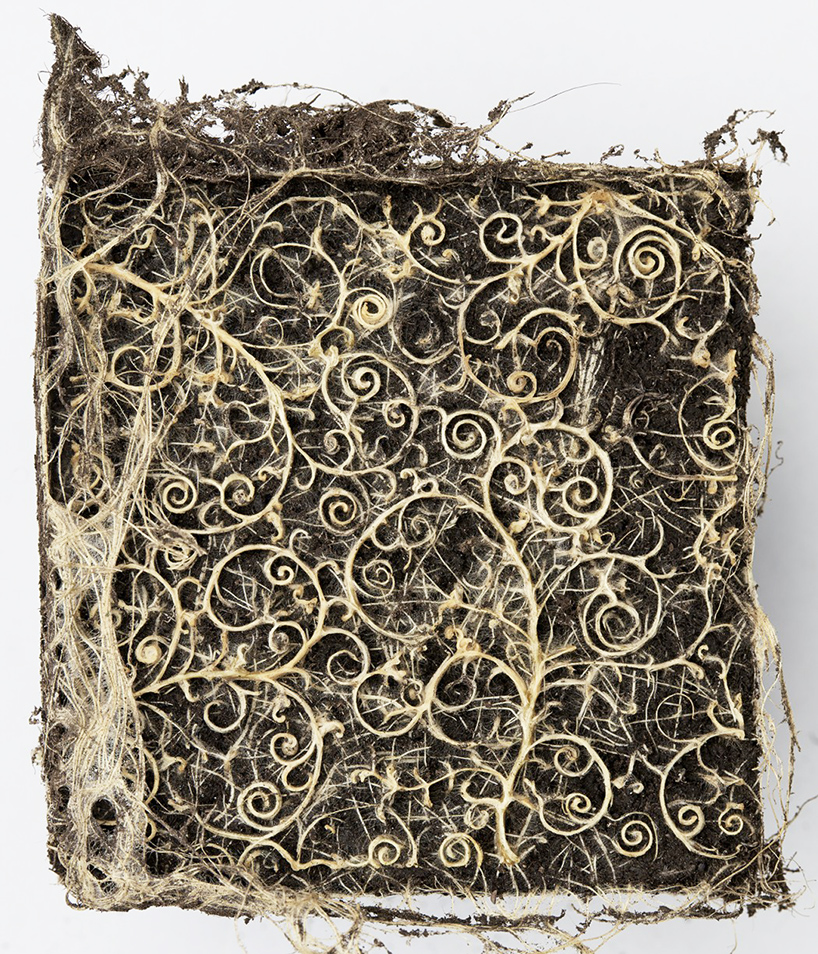 Subterranean templates act like molds as the root systems expand, channeling them in certain ways to form thick mats, almost like living fabric. As the roots grow, they curl and braid around themselves, becoming stronger and reinforcing the patterns. 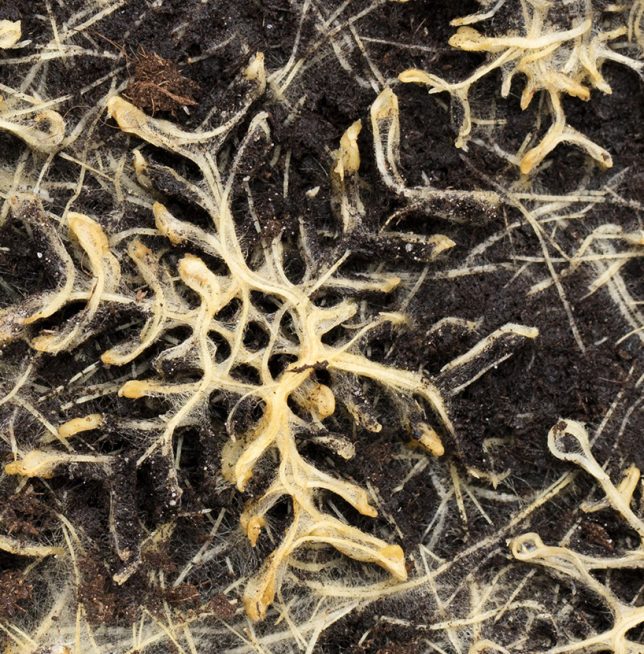 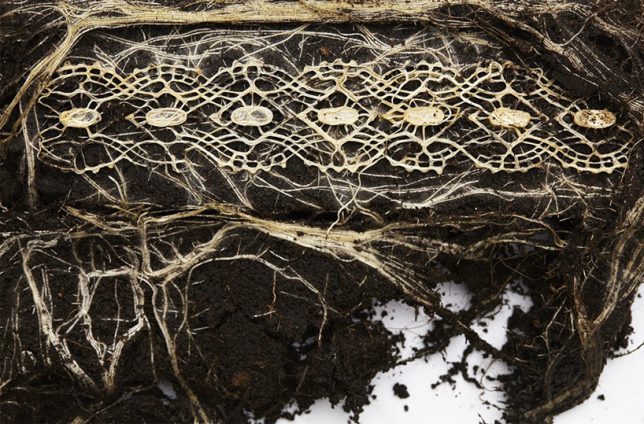 “In my work I explore the relationship man has with his natural environment and his desire to control nature,” says Scherer. “For the past few years my fascination has mainly been focused on the dynamics of below ground plant parts. I’ve been captivated by the root system, with its hidden, underground processes; it is considered to be the brain of the plant by plant neurobiologists.” 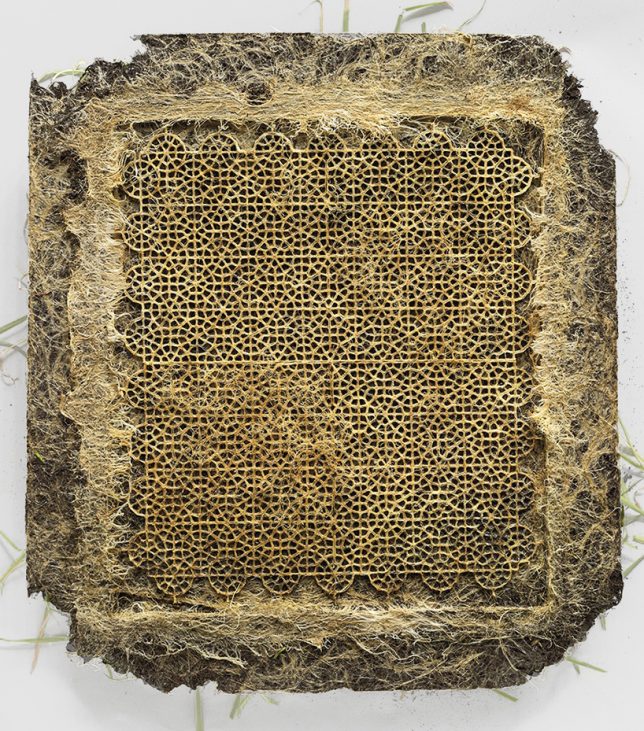 “Charles Darwin was the first to watch the behavior of the plant roots. In his book The Power of Movements of Plants, he describes how roots do not passively grow down, but move and observe. A root navigates, knows what’s up and down, observes gravity and localizes moisture and chemicals. Darwin discovered that plants are a lot more intelligent than everybody thought. For contemporary botanists, this buried matter is still a wondrous land. There is a global investigation to discover this hidden world. I also want to explore it and apply the ‘intelligence’ of plants in my work.”