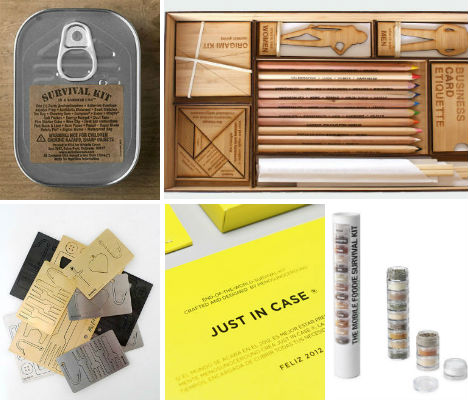 When you think ‘survival kit’, what comes to mind is probably some kind of camouflaged, ultra-practical collection of items that live up to the name – i.e., they’ll help you get by in an extremely sticky situation. But it could be argued that liquor, candy, zombie-fighting charts and instructions for fitting into a foreign culture help you survive, too. These 12 emergency kits range from designer showpieces to items you didn’t know you needed, but won’t want to live without. 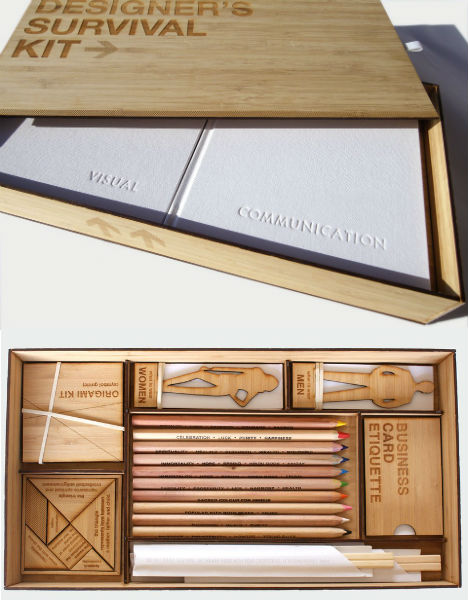 The symbolism of colors and shapes, business card etiquette and even ideas for what to wear are included in this sleek ‘Designer’s Survival Kit’ by a design team at Massey University Auckland’s School of Design.  The kit appears to be created for New Zealand designers traveling to Asia, to familiarize them with foreign customs. 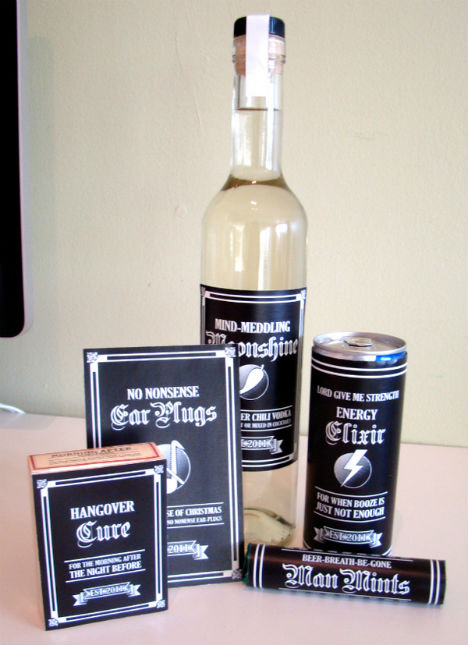 (images via: the packaging insider)

What do you need to get through the holiday season with your sanity intact? UK-based product designer Anneke Short compiled various necessities into a ‘Christmas Survival Kit’ including an energy drink, ear plugs, mints, a hangover remedy and a bottle of homemade spiced vodka. 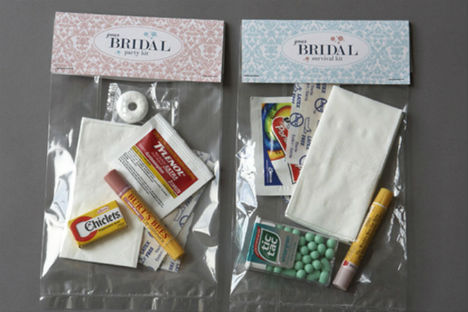 Wedding emergency kits are a popular choice for ultra-prepared brides, bridesmaids and other members of the wedding party. Typically full of items like gum, breath mints, bandages, sewing kits and stain removers, they help take care of any last-minute emergencies. These ones are a simple DIY project that can be created using printable label templates. 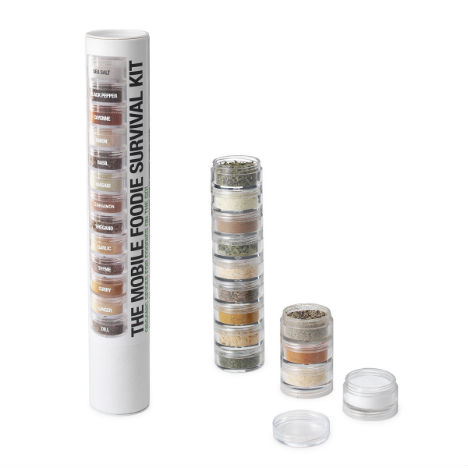 Just In Case: A Designer Survival Kit for the Apocalypse 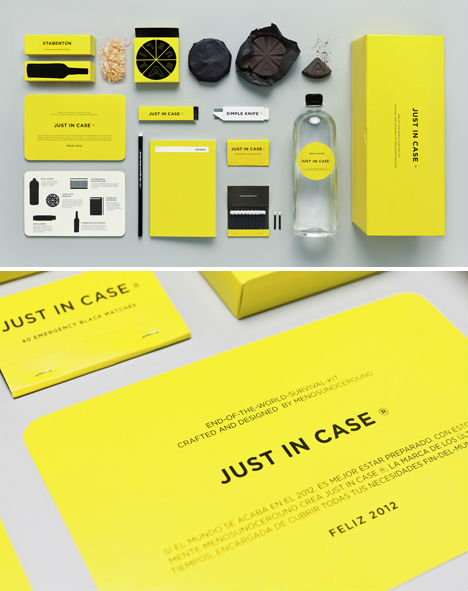 Some people spend thousands of dollars on subterranean bomb shelters and closets full of serious survival gear, ‘just in case’. Others just wing it. And a small percentage of the population will be prepared with items of a less practical, but more fun nature. Yes, Menosunocerouno’s ‘Just in Case’ kit does come with a simple knife, a bottle of water and 40 emergency matches (in stylish matte black). But it also has original Mayan liqueur, dark chocolate laced with cinnamon, a cute little yellow notebook for when you get bored, and a note that says ‘Happy 2012.’ 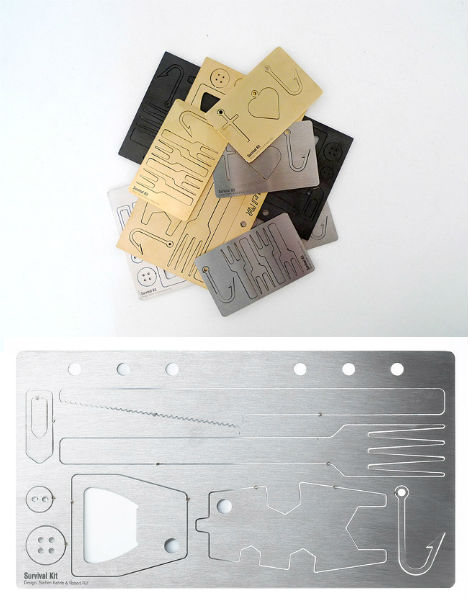 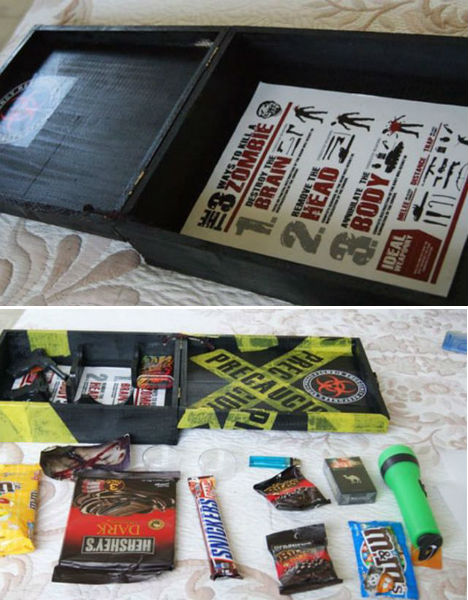 The lucky guy who received this DIY zombie survival kit from his crafty girlfriend will have all the chocolate he can eat once the brain-hungry plague sets in. At first glance, many of the items look practical, but that flashlight is packed with M&Ms and the ‘Power Up’ bars are actually Hershey’s chocolate. 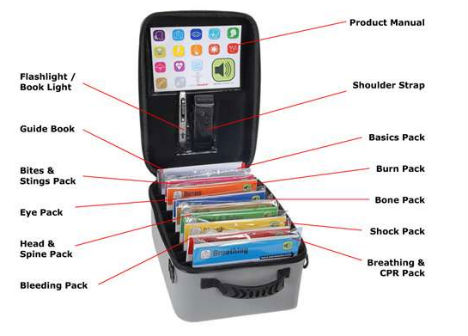 In the heat of the moment, are you really going to remember how to dress a wound, soothe a severe burn or deal with a person who’s in shock? If you’re not exactly a first aid expert, perhaps this talking first aid kit is for you. It actually reads off instructions for various procedures at the push of a button. 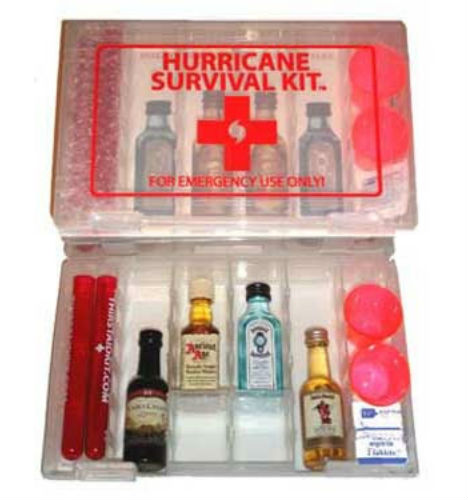 A hurricane is coming, and you’re stuck in a basement somewhere until it’s safe to come out. With this kit, at least you’ll have the absolute essentials, so if the roof blows off, you might not even notice. Blogger Ormond Offbeat put this ‘Hurricane Survival Kit’ together with a couple cups and some airline-sized bottles of liquor. 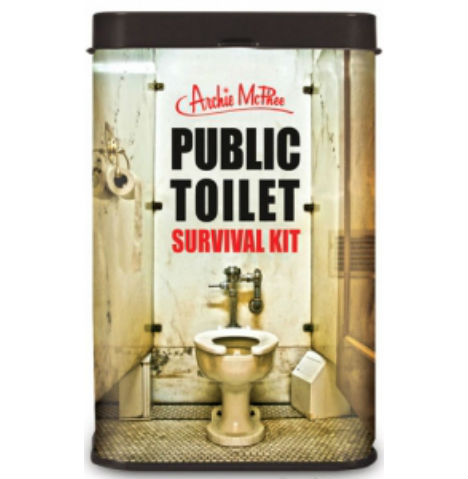 It’s not designer, and it’s certainly not glamorous. But neither are public bathrooms, and that’s kind of the point of this kit. The Public Toilet Survival Kit comes with two antiseptic wipes, a pair of disposable gloves and a toilet seat cover, so you’re prepared for even the worst of public bathroom conditions. 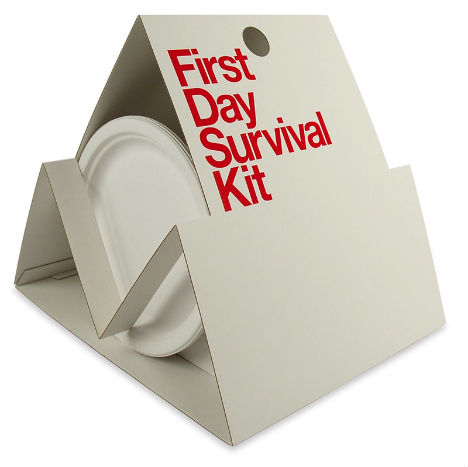 On your first day in a new apartment, there are always some things that aren’t accessible – like dishes. The First Day Survival Kit by Veidekke Bostad, which is actually a real estate company in Scandinavia, has you covered with disposable plates and other items that you’ll need. 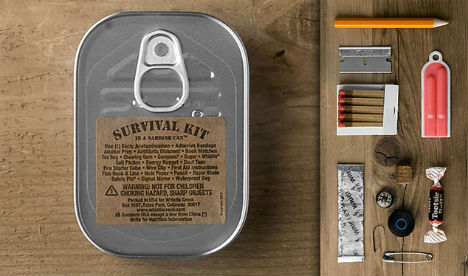 How many survival supplies can you fit inside a sardine can? Surprisingly, quite a few. This little Sardine Can Survival Kit has 25 items inside including a fish hook, razor blade, matches, pencil, gum, thread, safety pin, compass, fire starter and even a tootsie roll.