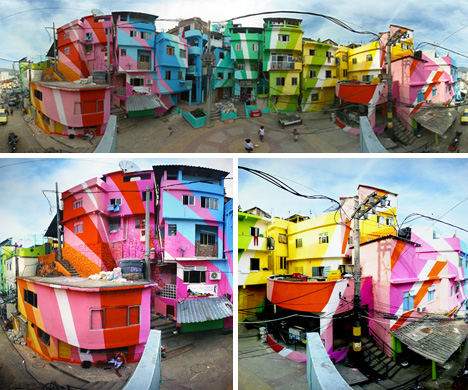 Brazil is no stranger to paint-based urban interventions, of  whichRio de Janeiro is frequently the focus, but the scope and scale of this project in particular truly boggles the brain.

The Favela Painting Project founded by Jeroen Koolhaas and Dre Urhahn of Haas&Hahn (via DesignBoom) has turned an entire neighborhood into a dynamic spectrum of color, coating walls from ground to sky with a rainbow of bright paints. 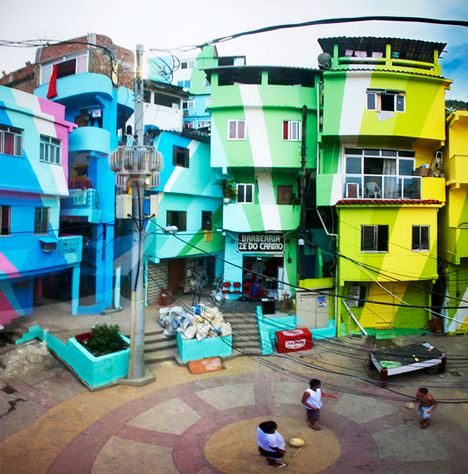 The project “aims at turning public urban spaces in communities facing social difficulties into monumental works of art. the art of favela painting is not about cosmetically ‘camouflaging’ an area, but rather rejuvenating deprived areas of a city and creating a positive social effect on the general district at hand. it is a means of imagination and rethinking, redesigning and rebranding a community at whole.” 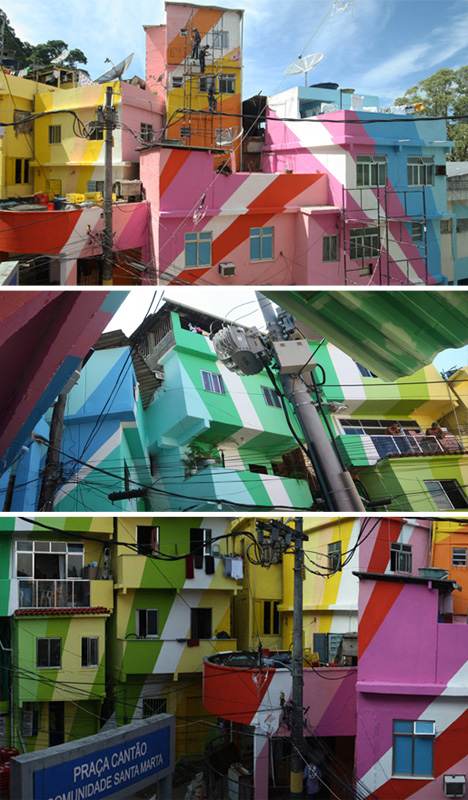 About the artists: “Jeroen Koolhaas studied graphic design at the Design Academy in Eindhoven and has been working as a freelance audio-visual designer and illustrator for the New Yorker magazine since graduation. Dre Urhah has worked as a journalist, copywriter, and art-director and has set up successful companies specializing in different fields, from event management to television production.”