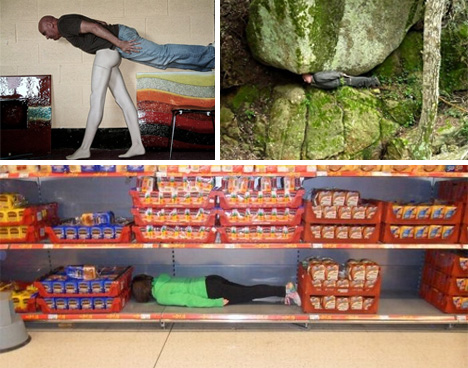 It’s happening all around the world: people are taking pictures of their friends awkwardly lying face-down in all sorts of unlikely places. On top of statues, in the middle of roads, in front of famous landmarks – absolutely anywhere you can conceivably fit a horizontal human body, you’ll find someone playing the bizarre game. The weirder the place and the more people looking on, the better. You may ask why, but the people behind The Lying Down Game would rather ask “Why not?” 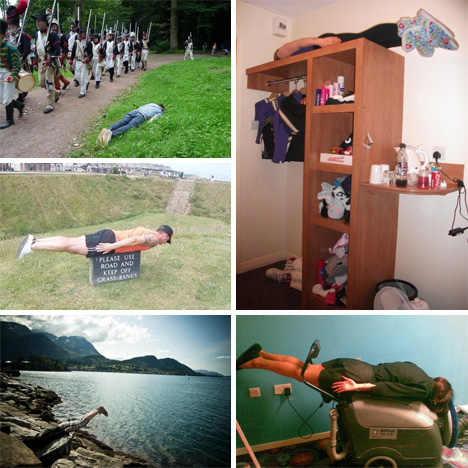 Lying Down Game creators Gary Clarkson and Christian Langdon describe their creation as “Parkour…for those who can’t be arsed.” In other words, this is the lazy person’s urban navigation sport. There’s no dangerous jumping or athletic climbing required; just the ability to lie down and stop moving for a moment along with the bravery to tolerate people staring at you as if you are crazy. 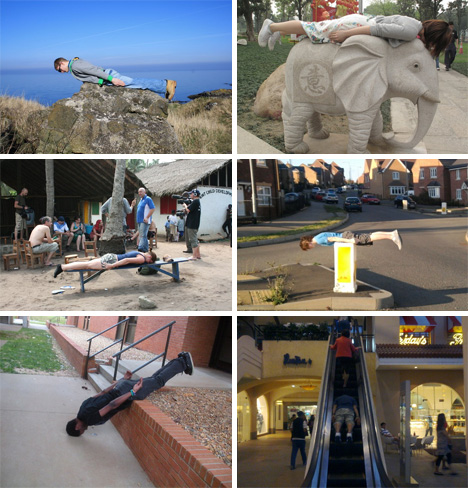 Feel brave enough to participate? The rules are simple, according to the creators: “1) The more public the better.  2) The more people involved the better. Please be aware that the palms of your hands must be flat against your side and the tips of your toes pointing at the ground. Just as if you were standing, but vertically challenged. FACE DOWN!“

The game has been around as a Facebook group since 2006, but the meme really reached its peak in the summer of 2009. Mainstream media picked up on the story and the game was featured by news outlets around the world. After the attention, participation soared and the submitted pictures grew more and more outrageous. The game was at the center of a few controversies as people were caught lying down at work and in some rather unwise places, but lying down enthusiasts continued to play. 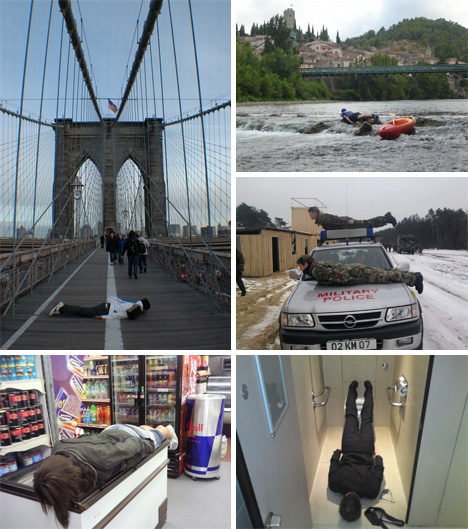 Aside from being a silly thing to do to amuse yourself, the Lying Down Game strikes us as a brilliant public art project. Seen separately, these photos suggest thousands of weird people all willing to do something a little crazy. But taken together, the photos of people all around the world lying face down in odd locations looks a lot like collective performance art. It helps that they all seem to be having fun while lying down. 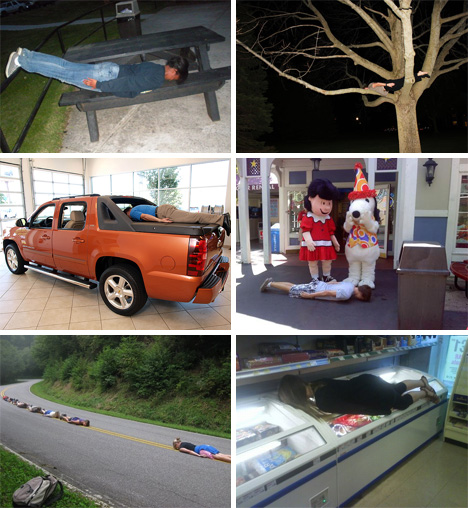 The Facebook page for the group is still going strong after all this time, and it has now reached well over 100,000 members. Want to play? Be prepared for some stares and the occasional “Are you alright?” – and don’t forget to bring a friend with a camera to capture the ridiculous places you find to lie down in.