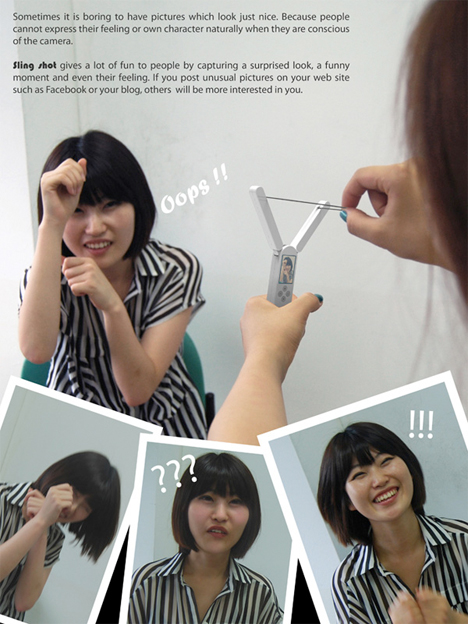 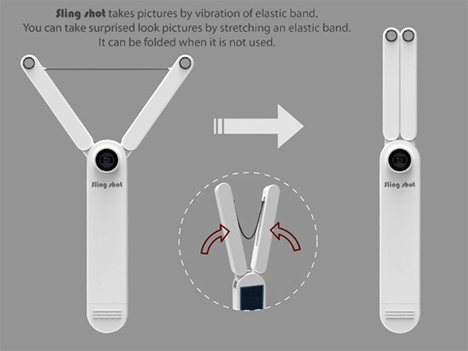 The idea of this fun slingshot camera is to catch subjects entirely by surprise – “No more nice looking pictures.” Forget about allowing your friends and family to prepare for the photo, adjust the angle of their body and smile. You pull this device, which looks like a slingshot, out of your pocket, and people will make faces, duck or shield themselves with their arms. But pulling the elastic band sets off the shutter rather than hurling something at them. A USB port on one end of the camera handily downloads the photos to your computer.

Camera Mounted to a Drill 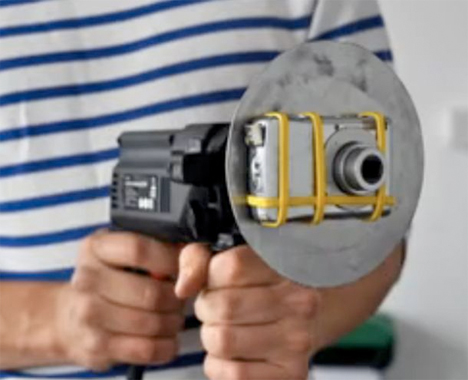 What’s the point of a camera mounted to a drill? Well, in this case, it’s capturing a dizzying work of art. The camera turns ordinary scenes into works of abstract art in swirling lights and colors. 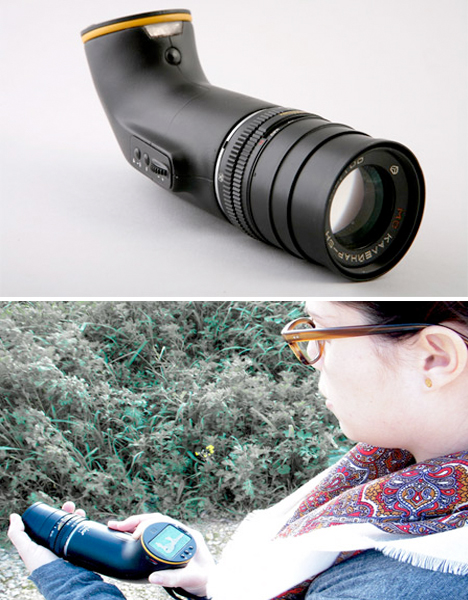 ‘Shoot from the hip,’ literally, with a periscope-shaped DSLR by Yaniv Berg. This camera angles the viewfinder in such a way that you can capture subjects from natural, intuitive angles while still maintaining control over the composition.

This crazy camera developed by the MIT media lab has a shutter speed of one trillion exposures per second, allowing it to record light traveling from one point to another. They used it to capture an image of a laser as it passed through a soda bottle. Check out the video to see the results. 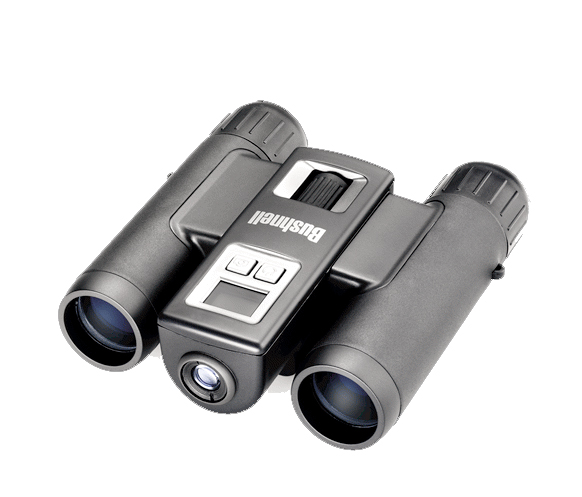 Wildlife photographers know how frustrating it can be to witness an incredibly photogenic moment that passes by in a split second, but have no time to switch from binoculars to their camera in order to capture it. Bushnell’s combination binocular-cameras capture both still images and video with the push of a button.