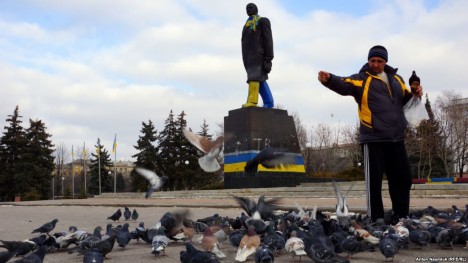 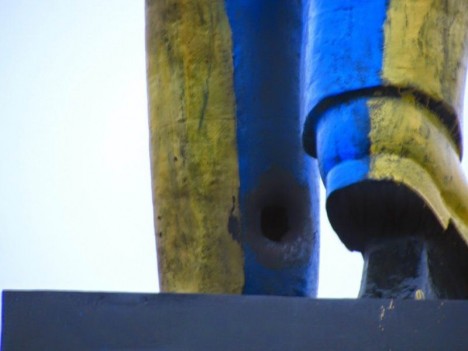 Though 67% ethnic Russian and just 31% Ukrainian (as per the 2001 census), the eastern Ukrainian city of Kramatorsk came under Ukrainian government control in April 2014 after months of fighting. That put the local Lenin statues on a very short leash – or noose, one might say. 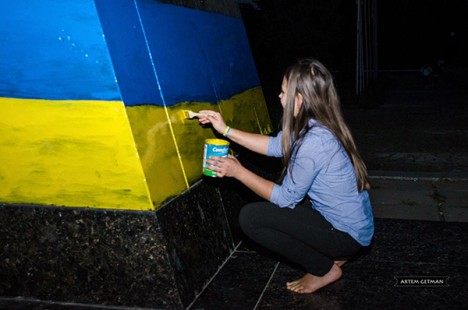 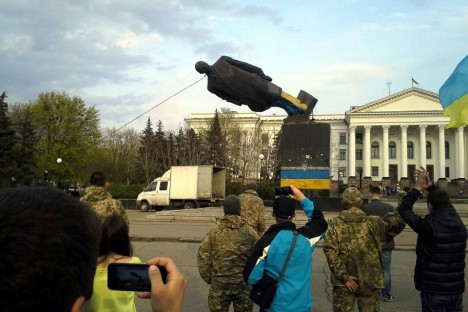 Knowing the statue was due to be pulled down, patriotic Ukrainians decided to expend just enough paint to make their point. At least onlookers could enjoy their very own “Lenin Tower of Kramatorsk” for a minute or two.

Too Big To Fall? 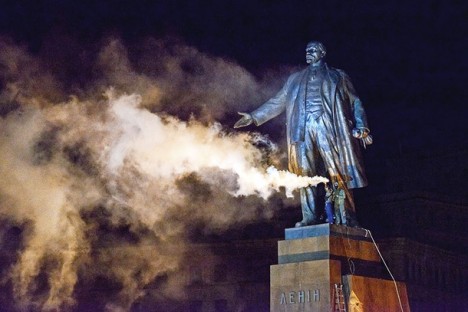 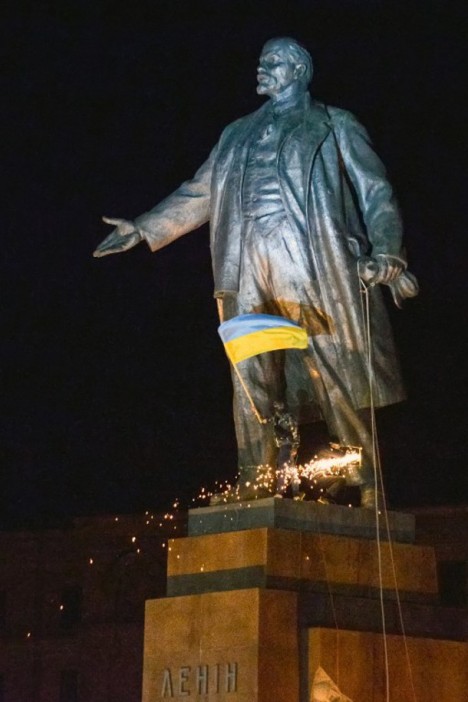 “I like big fat men like you. When they fall they make more noise. And sometimes they don’t get up.” So said Tuco in The Good, the Bad and the Ugly but his taunt could also apply to Ukraine’s biggest Lenin statue (formerly) located in Kharkiv’s Freedom Square. 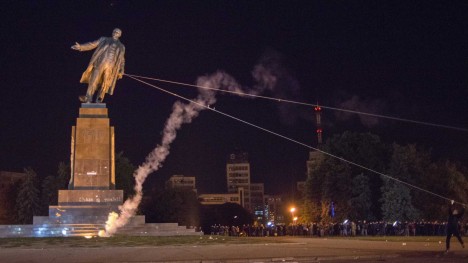 “Painted” blue and gold by the light of a flare, the 50-year-old statue was pulled down on September 28th, 2014… and it definitely didn’t get up.