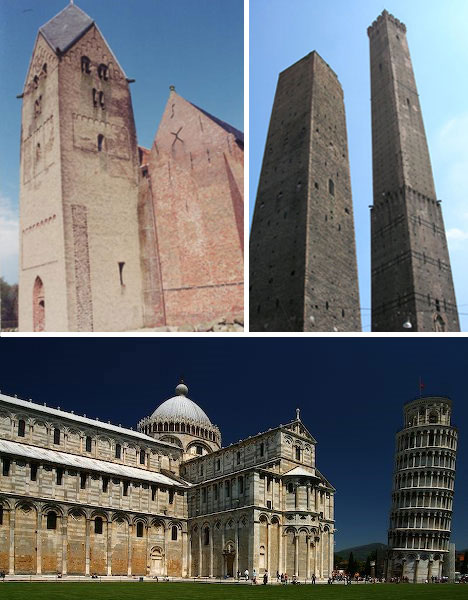 The leaning tower of Pisa was famously slanted for centuries before architects righted its stance. But there’s another leaning tower – this one is a Dutch church built in the 12th century. The Tower of Walfridus in Bedum is now Europe’s most crooked spire. 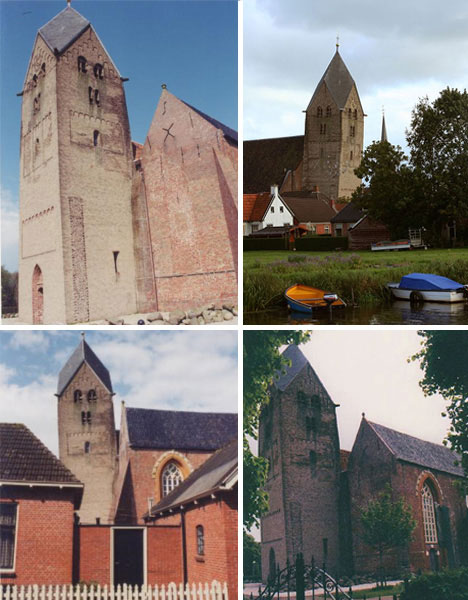 The 120-foot tall Walfridus tower misses the mark by over 8 feet. There’s a bit of a competition going for the the honor of being the most crooked tower. While Pisa has been undergoing reconstruction and restoration efforts, it still leans 13 feet southwest; due to loose substrate and a mislaid foundation, it began doing so soon after its construction in 1173. (Pisa has a bit of swinger in it – initially it leaned southeast.) But a geometrician in defense of Walfridus, Jacob van Dijk, has found that if the two towers were the same height – Italy’s Pisa is 180 feet high – Walfridus would be a more pronounced spectacle. 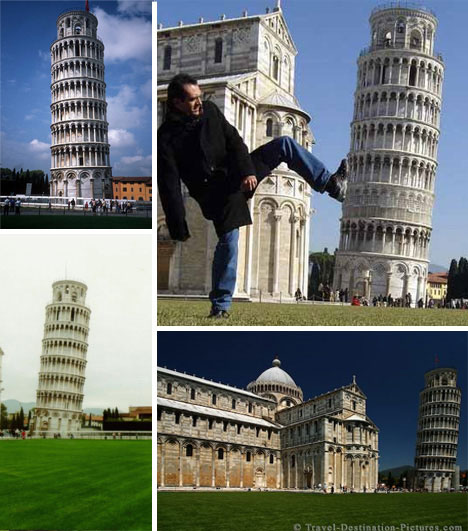 Pisa was carefully attended to in recent years and construction engineers were able to set it back by 18 inches. Experts say that will keep the infamous tower from toppling like a Jenga stack for at least 3 more centuries. The tower is a campanile, which is a free standing bell tower, and if you climb the 296 steps to the top (or 294, if you’re on the north side), you will see the two other buildings in the Pisa complex: a church and a baptistry. 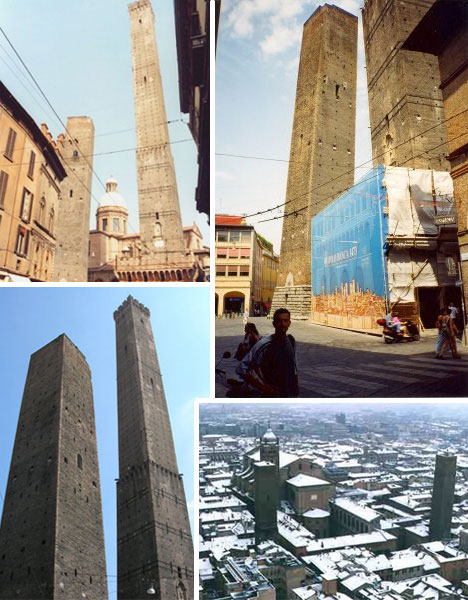 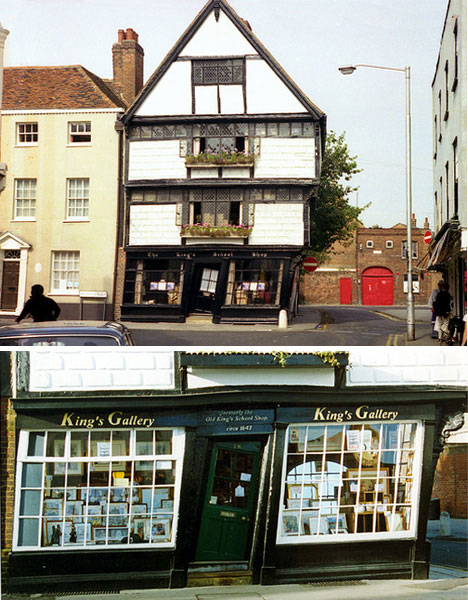 (Images via VictorianWeb and Steve Thoroughgood)

Though Pisa steals the limelight, Italy is actually full of leaning towers. Two towers in Bologna, Torre Asinelli and Torre Garisenda, both tilt noticeably. Asinelli is an imposing 330 feet and leans by 7. But Garisenda was actually never completed – though at 165 unfinished feet listing by 10 feet, it could have given Walfridus a run for its Fail. Leaning buildings happen around the world for a number of reasons: earthquakes, substrate settling, poor building, and age. The U.K.’s Canterbury is famous for some of its leaning buildings, including the King School Shop.