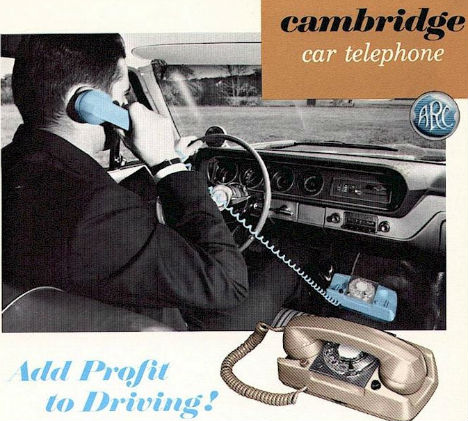 Quick, when was the mobile phone invented? If you thought it was the 1980s, when businessmen lugged them around in giant briefcases, think again. The earliest version of a mobile phone was first created in 1946, evolving into ultra-durable, shock-proof, vacuum-tubed contraptions that mounted to car dashboards by the 1960s. 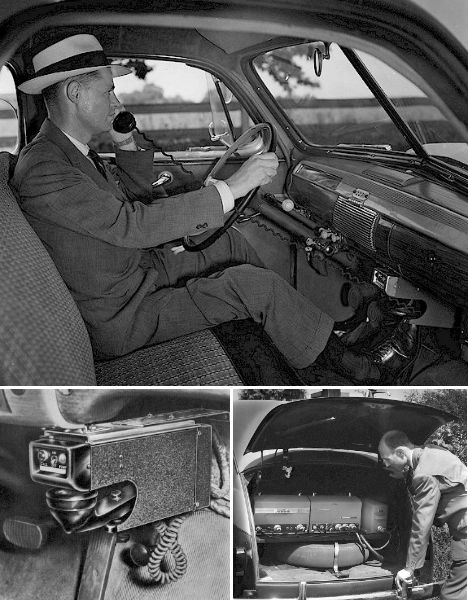 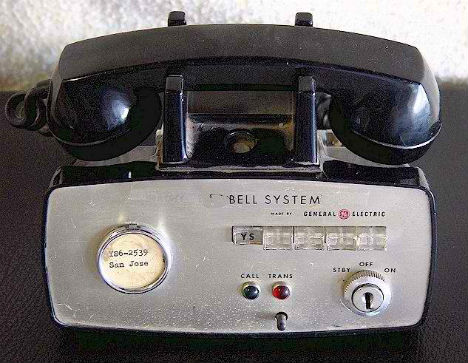 According to the Pew Internet & American Life Project, mobile radio-based phone systems started in the early 1900’s in the form of ship to shore radio, and some police cars had them by 1921. In 1946, the first “mobile radiophone service” allowing calls from fixed to mobile telephones became available in St. Louis, and by 1964 there were 1.5 million mobile phone users in the United States. 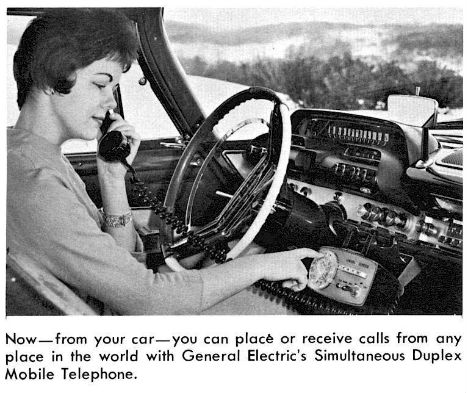 Radio expert Geoff Fors has exhaustively detailed the history of these phones with a website that chronicles their progress from the 1940s through the ’90s. In the ’40s, radio phones had massive transmitter cabinets and receiver cabinets that had to be mounted in the trunk of the car, with a cable that ran under the carpet to a ‘control head’ on the dash. 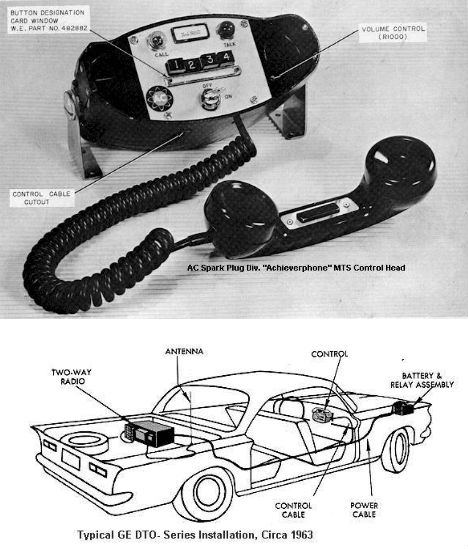 Motorola and General Electric stepped in during the 1950s to streamline the equipment, making it smaller and lighter in weight (but still gigantic by today’s standards, of course!) In the ’60s, Motorola’s TLD-1000 was fittingly used in the opening scenes of the James Bond film Live and Let Die. 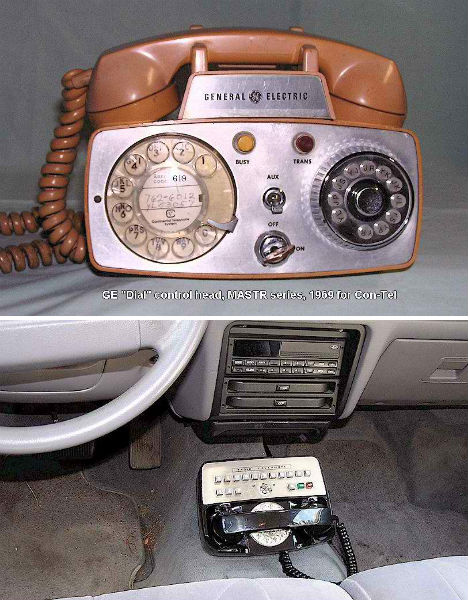 See lots more images including brochures, advertisements and photographs and read all the details about these dino phones at Fors’ website.