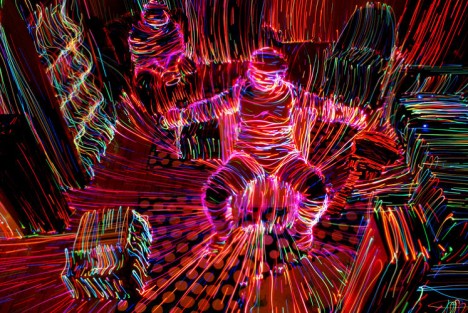 Most light photographers focus on making a shape in the foreground in a matter of seconds, then setting it against a dark static backdrop – this artist often animates every inch of the frame. 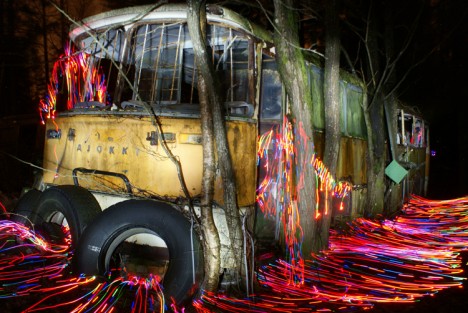 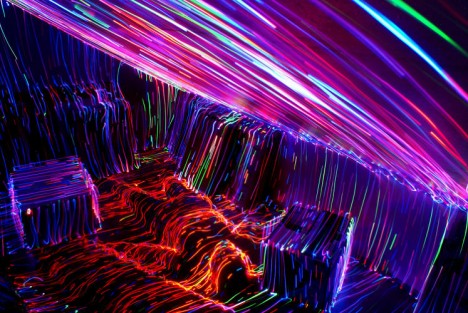 Finnish artist Janne Parviainen of Helsinki takes these all-encompassing, long-exposure shots over many minutes (even hours at times), each line representing mere seconds along the way. 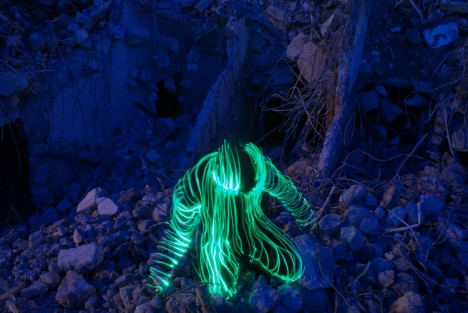 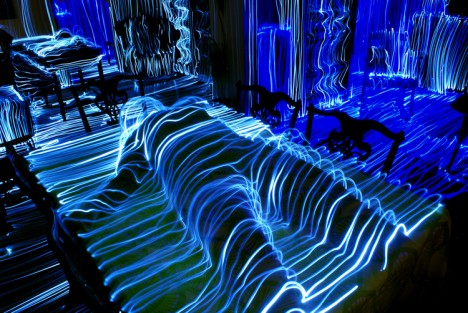 As surreal as they look, there is no post-production involved. Aside from props and plans, even their creator cannot really see what he is making them until they are completed. 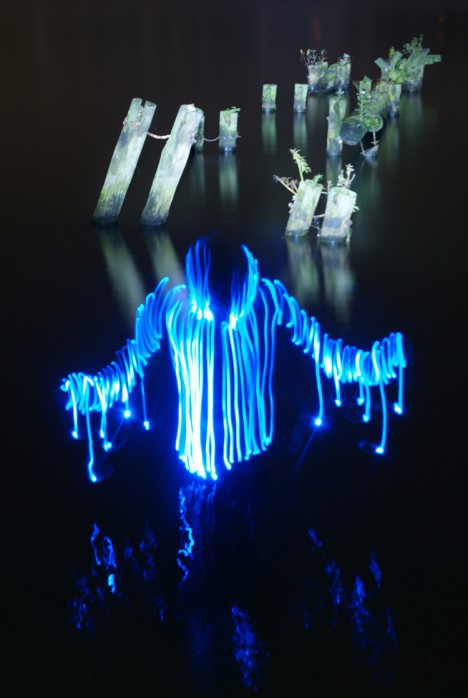 Parviainen was an oil painter previously, but pivoted when an accidental long-duration photo of streetlights, clicked on a nighttime walk, triggered a fascination with lighting. Now using light as paint, he employs a new series palettes and brushes. Glowsticks, light strings, strobes and flashlights help him animate everything from human figures to abandoned cars. 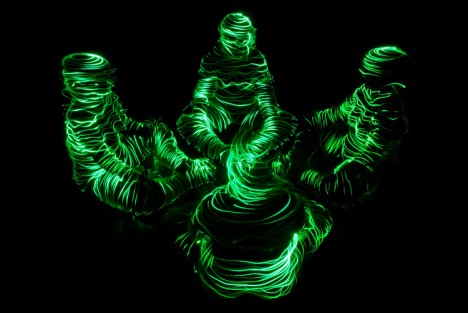 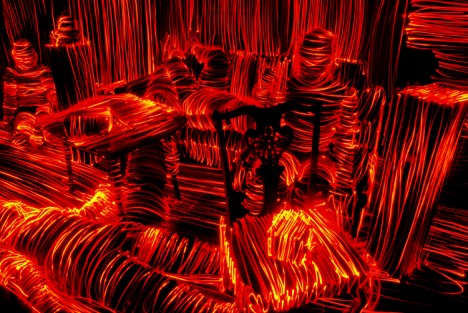 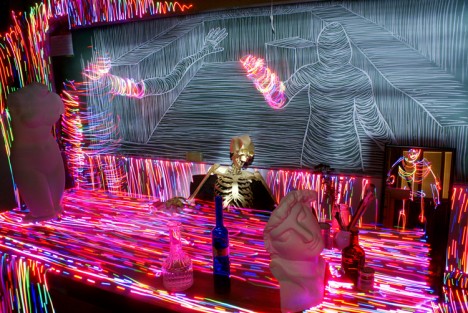 He begins tracing what is there and then adds his own haunting portraits and inventive twists to the scenes he sets. The results are so saturated with light that it is sometimes hard to tell what is really behind them and what he created from scratch along the way – what is foreground, background or sheer imagination.