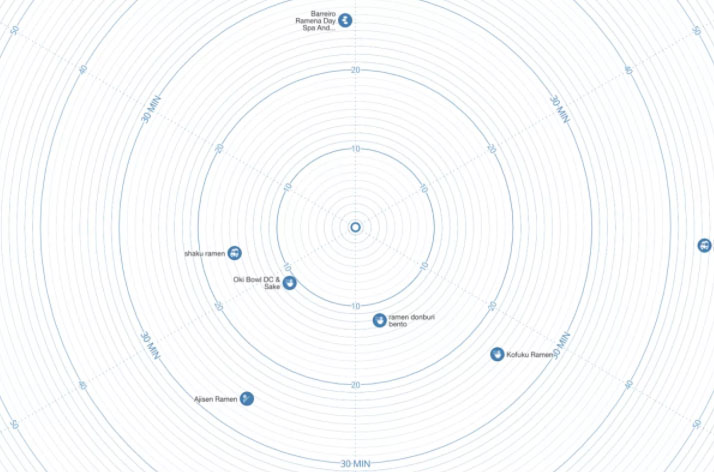 Historically, most maps use grid systems with latitude and longitude and distance measurements to guide users, but what if the emphasis was on time rather than space? Peter Liu of Mapbox has a new way of getting people from Point A to Point B based on the amount of time it would take someone to travel the distance. 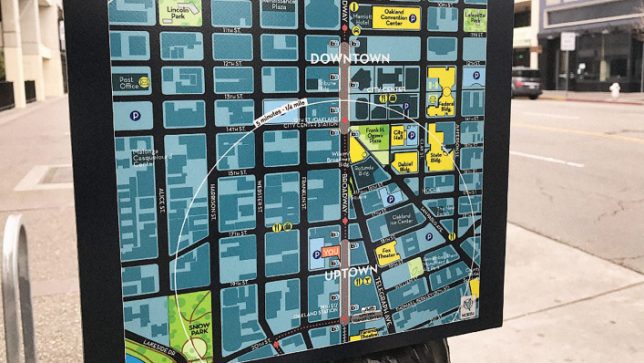 Consider urban maps for tourists with circular overlays giving a sense of time-based distance through a single circular overlay — these often function in theory, but practically are oversimplified. Liu has developed a dynamic time map expanding on this idea, composed of concentric circles that serves as a reference for any (time-based) distance from any given point.

In essence, it is collapsing a step many of us already take — find places nearby, then plug the results into Google Maps, pick a mode of transit and see how long it will take. But it takes the idea to the next level: imagine rings radiating out from wherever you’re standing, giving you distances dynamically and using time, not space, as the metric for travel. Or an even more advanced variant: the rings rippling and bending like spacetime based on obstructions, traffic and other static as well as realtime factors.