Coming to Austin next year, this mobile housing strategy takes portable living out of trailer parks, plugging you straight into the city grid and allowing you to easily hop metropolises on demand (at the tap of an app). Denver, Portland, Brooklyn, Stockholm, Seattle, Chicago, Los Angeles and Manhattan are also on the list. 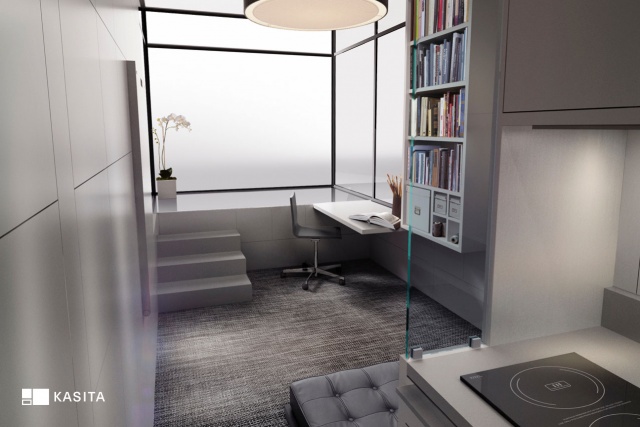 Kasita has created a system of prefabricated units that pack hideaway furniture but also a full kitchen, washer and dryer into a 208-square-foot living space. The real trick, though, is in the supporting framework – a grid-like structure into (and out of) which these units slot. 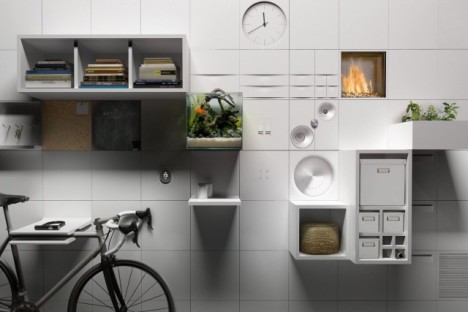 More than just a wrapper for a box, these allow external elements like staircases for circulation, patios and decks to remain in place while the core modules move around. 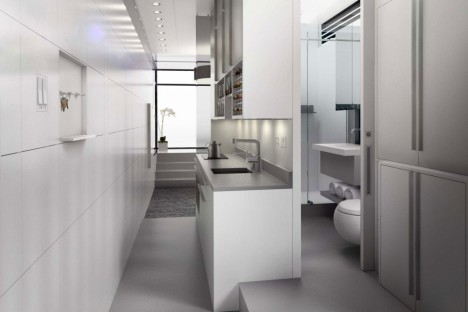 Initial deployment will take place in Austin, Texas, and the units will cost $600 a month, but as they roll out in other cities, the project will take on an additional dimension. Eventually, users will be able to swap into new slots in other cities on short notice and without packing a thing. 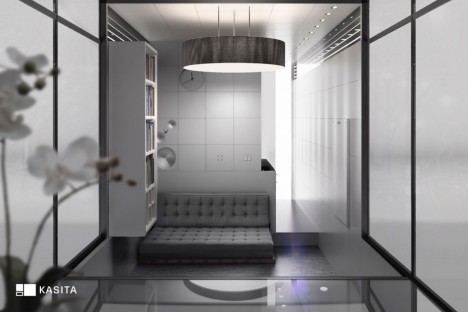 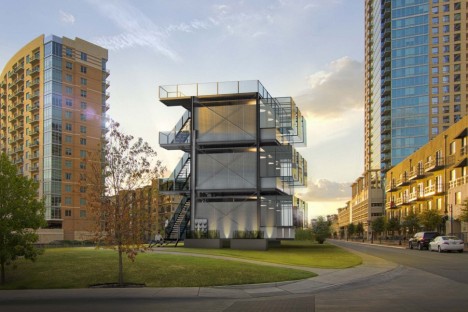 A collaboration between Professor Jeff Wilson, a teacher already famous for living in a tiny dumpster for a year, and Frog, an industrial design firm, this project was inspired as much by the sleek simplicity of the iPhone as it was by other container-type home projects.