The iconic ‘HOLLYWOOD’ sign has loomed over La La Land for almost a century, inspiring overseas wannabes to “sign” up with homegrown copies. 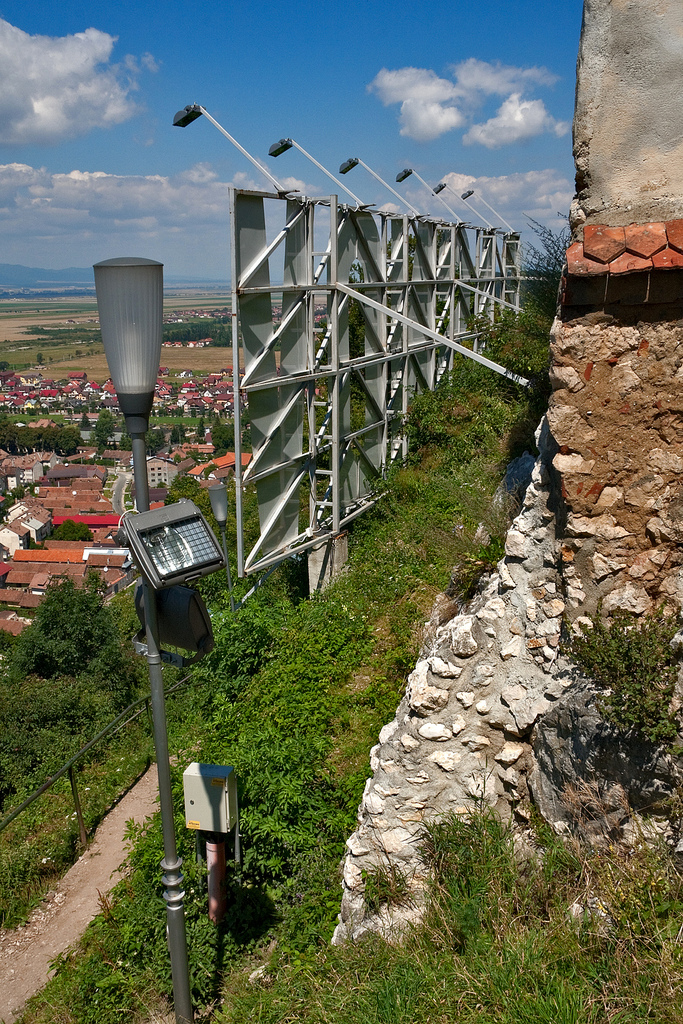 Hurray for HOLLYWOOD signs – may they be fruitful and multiply! And multiply they have, though the “original” itself is a shortened version of a “HOLLYWOODLAND” sign erected in 1923 to advertise an under-construction housing development. As time passed and the sign became symbolic of Tinseltown, municipalities far and wide were moved to stick their own monikers on the nearest available mountainside. The “RASNOV” sign above, situated a little too conspicuously in front of a 13th-century fortress in Transylvania, salutes the rugged region’s recent prominence as a major motion picture filming location. 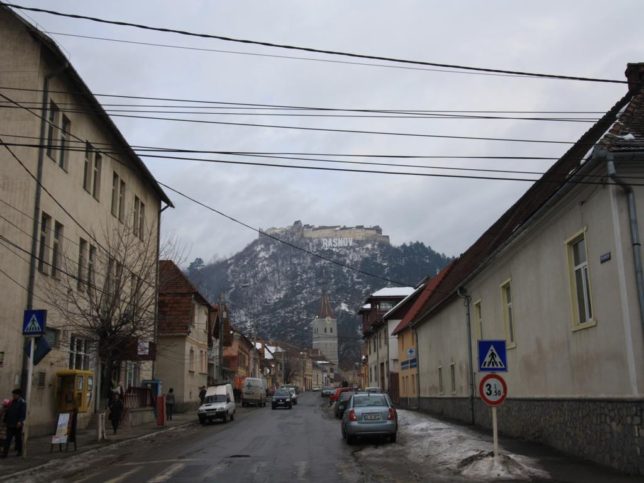 The above images of the RASNOV sign date from between 2008 and 2010, and were photographed by Flickr members Bogdan Morar, Horia Varlan, and Inmobiliaria Lares, respectively. 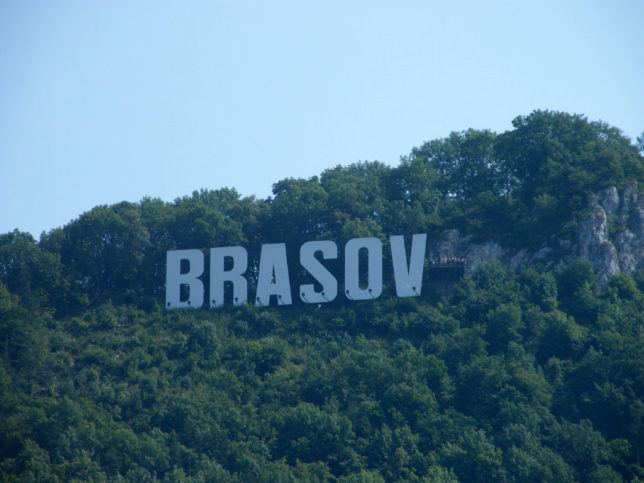 Not to be outdone by its upstart next-door neighbor, the much larger town of Brasov erected its own white-block-letter sign celebrating, er, the rugged region’s recent prominence as a major motion picture filming location. 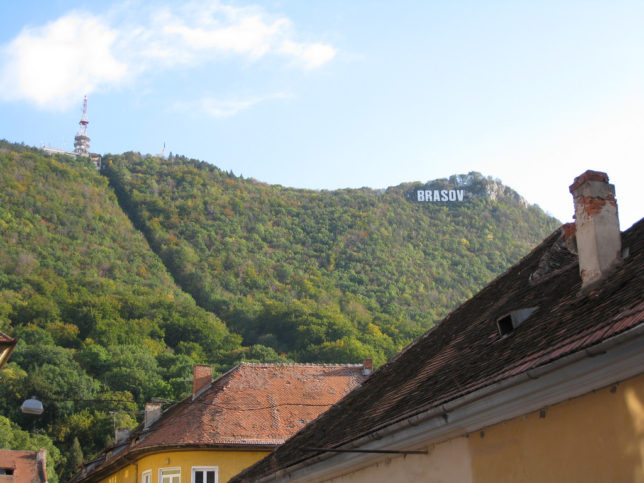 To Brasovians’ credit, their sign doesn’t intrude upon the scenic view of any medieval castles so it’s got that going for it, which is nice. Flickr members Chris Booth (monkeypuzzle) and ccarlstead snapped the snazzy ‘sylvanian sign while visiting Romania a decade ago. 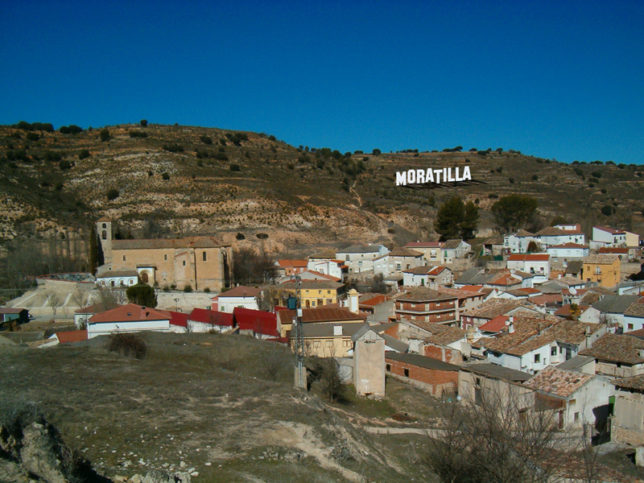 Less than 100 people live in the quaint Castilian village of Moratilla de los Meleros, according to the most recent census taken back in 2004. Size doesn’t matter when it comes to having a “HOLLYWOOD” sign, however. 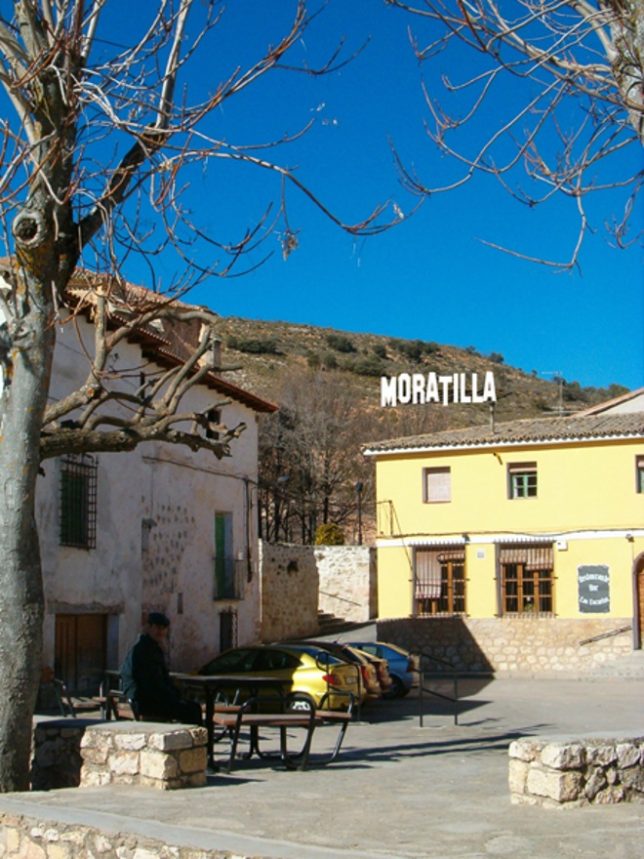 Captured in 2008 by Flickr member sécolectivoforzoso, the town also boasts streets dubbed “Hollywood Blvd”, “Sunset Blvd” and “Melrose Ave.” All par for the course since Hollywood and Moratilla became Sister Cities in 2008, prompting the latter to play its part by getting the letters out.

Perth Of A Nation 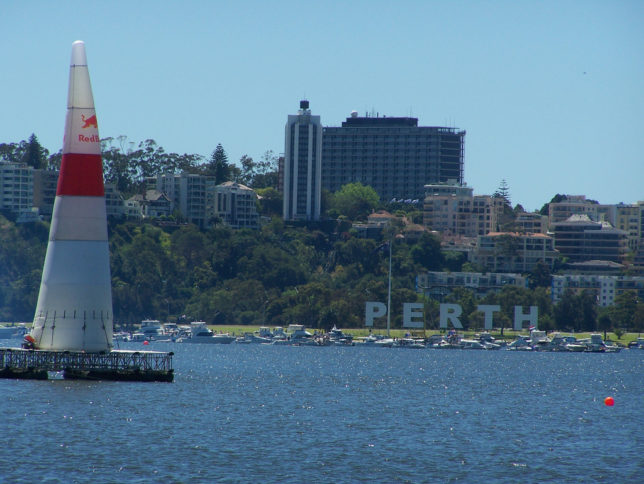 Is a mountain backdrop really necessary for a HOLLYWOOD-style sign? Maybe not – we see you nodding, city of Perth – but it sure doesn’t hurt. The photo above, taken by Flickr member Michael_Spencer in August of 2006, seems to link the sign with a Red Bull air race held over the foreshore of the Western Australian town. 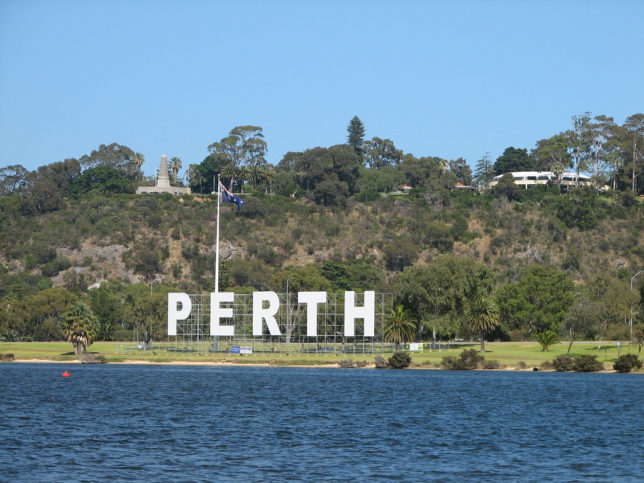 “It’s only a temporary structure,” noted Flickr member David Fisher (Pgd) in November of 2007 but much like the large, block-lettered “3D TORONTO” sign, Perth’s self-titled homage to all things Hollywood may have grown too popular to remove. 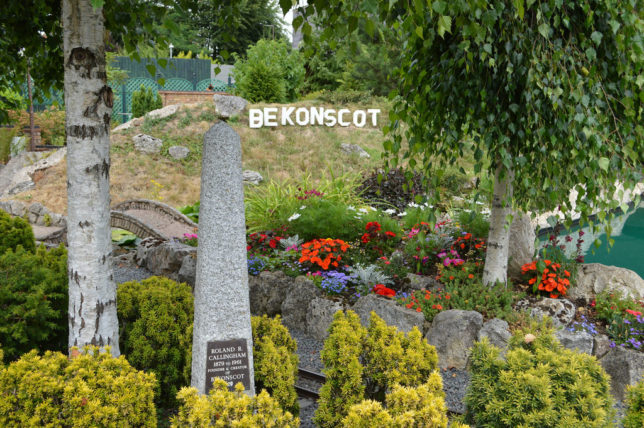 Everything may be big in Texas but here in the model village of Bekonscot, things are smaller than life – and that’s by design. Bekonscot was conceived and constructed by Roland Callingham of Beaconsfield, Buckinghamshire, UK in the pre-war era and Callingham, who passed away in 1961, is buried there. That’s his memorial stone above, overlooked by the model village’s miniature HOLLYWOOD-esque sign, as captured by Flickr member Matt Brown in July of 2018.