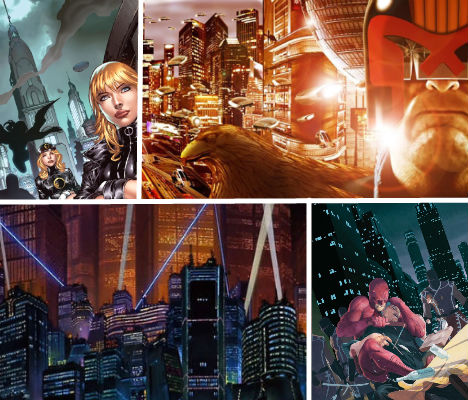 The same dramatic architecture that gleams with the promise of technology and prosperity during the day oozes malice and corruption at night, with many a dark secret hidden in the tallest skyscrapers and deepest underground lairs. Cities and comic books are inextricably linked, and urban environments set the scene for the adventures of everyone from Batman to Mister X. Some are punched-up versions of real-life locations and others are entirely fictional, but all 13 of these comic book cities are as interesting as the characters that call them home. 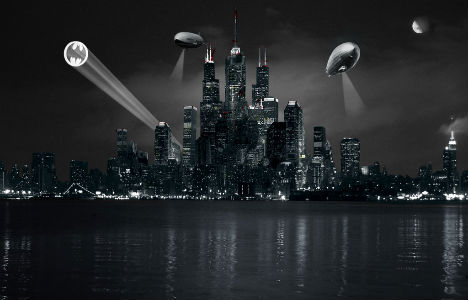 Perhaps no comic book city is as well-known or fully realized as Gotham, the gritty, crime-ridden home of Batman. Unsurprisingly (if you know anything about comics), the fictional city’s  dark history was originally conceived by Alan Moore, mastermind of The Watchmen and V for Vendetta among many more titles. This thinly veiled version of New York City has been portrayed in many styles by various artists but – aside from a brief period of kooky lightheartedness in the 1950s and ’60s – has always retained exaggerated architecture, an air of corruption and an atmosphere that is utterly urban in nature. 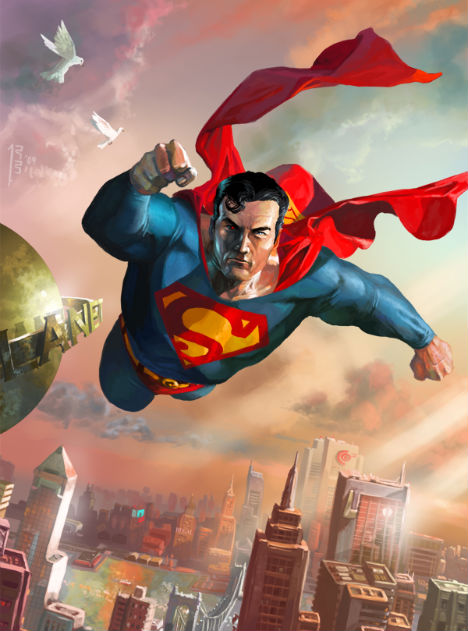 Frank Miller once said that “Metropolis is New York in the daytime; Gotham City is New York at night.” It’s a fitting setting for the most famous comic book character of all time – who is as  hopeful and positive as Batman is dark and brooding. But Metropolis isn’t exactly New York; it was originally inspired by Toronto and has elements of many other cities including Chicago and Los Angeles, and over the decades, its vague location has been moved from the Midwest to the East Coast and even to the West Coast at times. 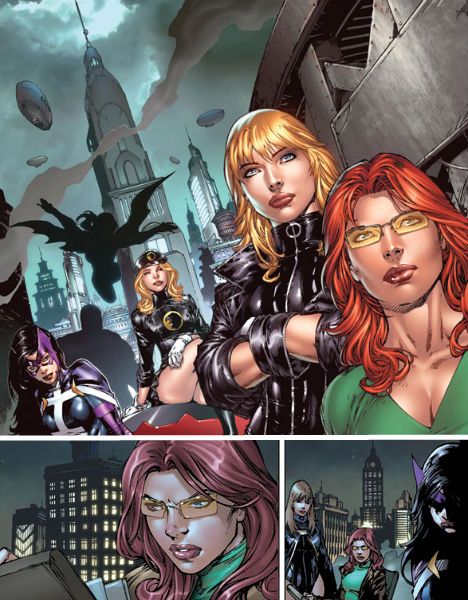 Platinum Flats, California always seemed like a model city, enriched by the prosperity of its many (tongue-in-cheek) tech companies including “YouSpace” and “Findster”. But once its underworld of corruption was exposed, it attracted Barbara “Oracle” Gordon and her Birds of Prey from their previous home of Metropolis (and before that, Gotham) to kick some Metahuman Mafia ass. 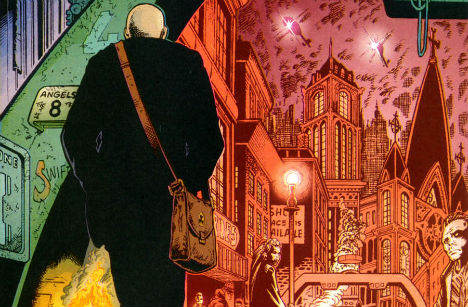 You can’t go wrong with a futuristic Hunter S. Thompson-inspired main character, as in Warren Ellis’ epic Transmetropolitan. ‘Spider Jerusalem’ is a renegade gonzo journalist who had hoped to escape the corruption and chaos of The City, which in the 23rd century is the largest metropolis in the world and may once have been New York City. Of course, no gonzo journalist can stay at home when the city is this exciting. 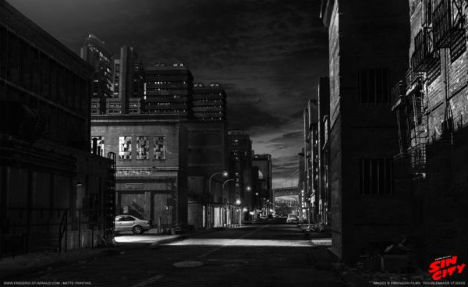 What comic book locale is so relentlessly dreary, so bereft of hope, as Frank Miller’s Sin City? Presented in stark black-and-white with heavy use of silhouettes both in the comics and in the movie adaptation of the same name, Sin City is a frightening urban oasis ringed by even scarier rural and suburban desert settings like the Roark Family Farm and the Santa Yolanda Tar Pits. 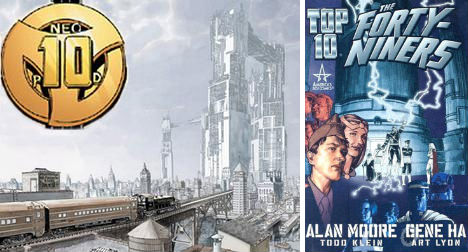 Where could mutants, robots and ‘science heroes’ live in harmony away from everyday people, who aren’t exactly keen to be neighbors with such characters? Neopolis, a U.S. government-created city in Alan Moore’s Top 10. The ‘harmony’ part doesn’t exactly happen, given that the city is attacked by (what else?) vampire gangsters, no matter how much Neopolis police try to fight them off. 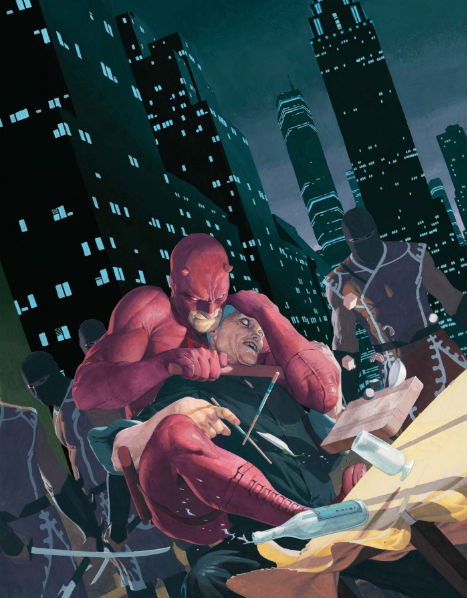 Ben Affleck movie version aside, ‘Daredevil’ is a beloved series among hardcore comic fans, and its dark, crumbling version of New York City is as much a character as Matt Murdock, Bullseye and Kingpin. It’s New York, but it’s not: every alleyway, street lamp and subway station takes on an ominous tone and shiny futuristic skyscrapers seem to gleam with corruption. 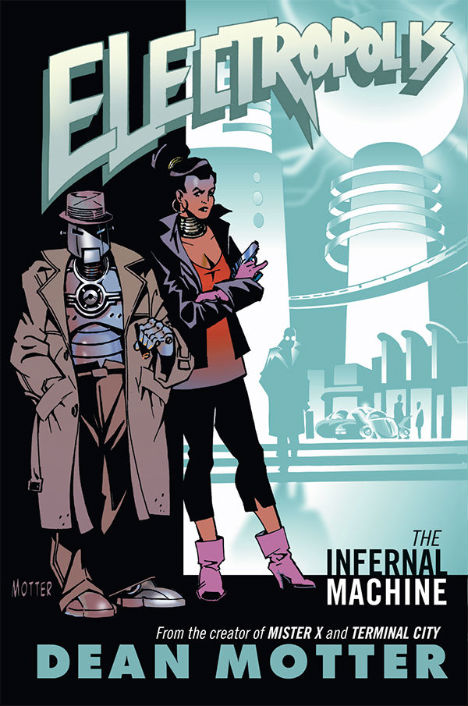 In 2001, Electropolis looked quite different from other cities of its time – but that’s because it’s 2001 as imagined in 1941 (as imagined in 1999 by creator Dean Motter). The city is a retrofuturistic, film noir-tinged extravaganza with gleaming architecture that looks more like machinery than buildings. 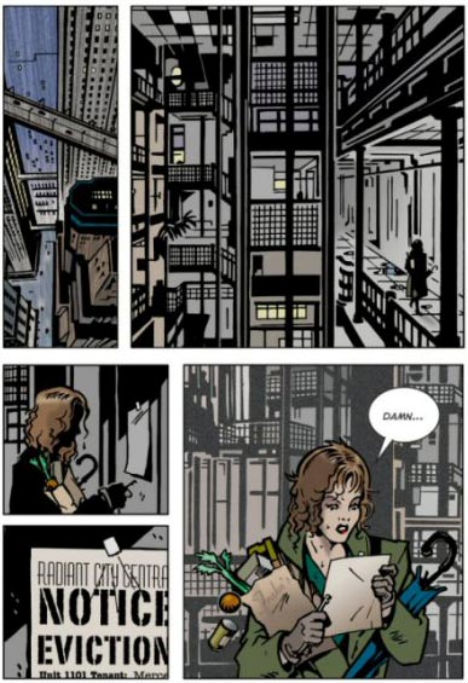 (image via: the fortuno)

While New York City stole the scene in many a Daredevil comic, Radiant City is in fact the star of Mister X, another series by Dean Motter. As Dark Horse explains, “It is the basis for the plot, the main driver of action, and the ultimate antagonist. Influenced by Art Deco and German Expressionism, Dean Motter explores ‘psychetecture’ in Mister X, the idea that a city’s architecture has tangible results on the emotions and thought patterns of its residents.” 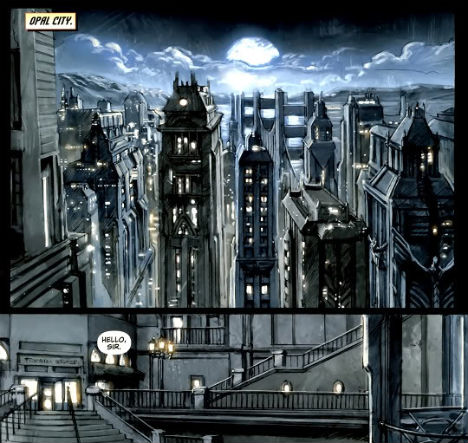 Though it originated as the setting for Starman, Opal City – a waterfront metropolis packed with Art Deco architecture – has been mentioned as the home for many other DC Comics characters since including Black Condor, Phantom Lady and the Elongated Man. Opal City is known for being tainted with dark energy after a strange beginning involving the mass murder of an evil cult. 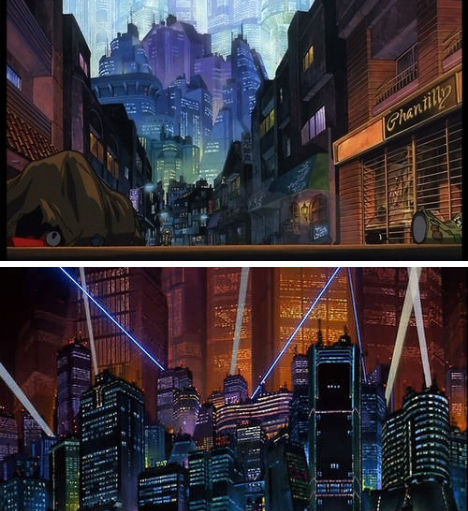 The manga series AKIRA imagined a re-created Tokyo in 2030 after the previous incarnation of the city was destroyed in World War III in 1992. Neo-Tokyo is actually built an artificial island in Tokyo Bay, but is ultimately destroyed by the title character, becoming an abandoned dystopian ghost town. 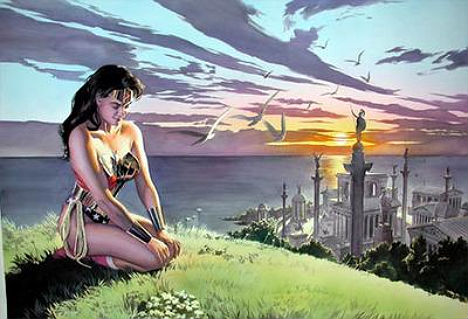 The first feminist comic book character hails from Paradise Island, a utopian women-only nation where there is no hunger, war or crime. An idyllic village with classic architecture inspired by Ancient Greece, Paradise Island isn’t a gritty urban setting like those of so many other comics, but it’s interesting nonetheless – or, should we say, was. 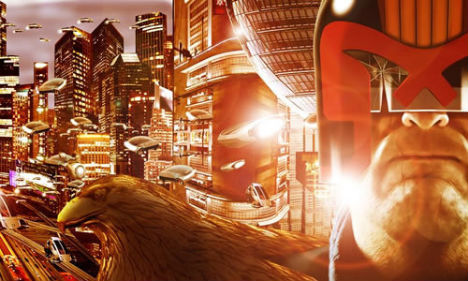 There’s no comic book city that’s so futuristic on such a grand scale as Mega-City One, the setting of Judge Dredd. Comic book artist Gary Erskine created this image in an attempt to capture the massive scale of the city, with “more than a passing nod to Blade Runner, Fifth Element and AKIRA.”