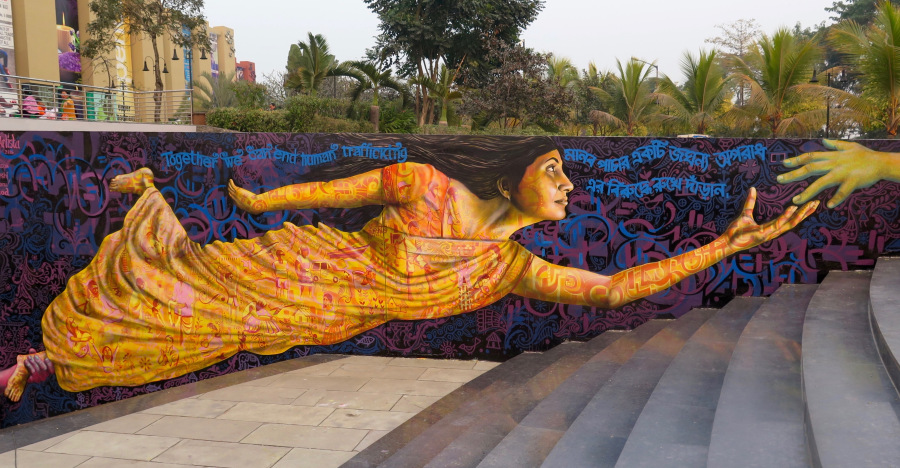 Banksy may be the most famous street artist addressing topics like capitalism, war, the refugee crisis and environmental degradation, but he’s far from the only one. These political works by a wide range of international artists call attention to the ravages of the palm oil industry, police brutality, climate change, rapid industrialization and human trafficking with powerful visuals in public places. 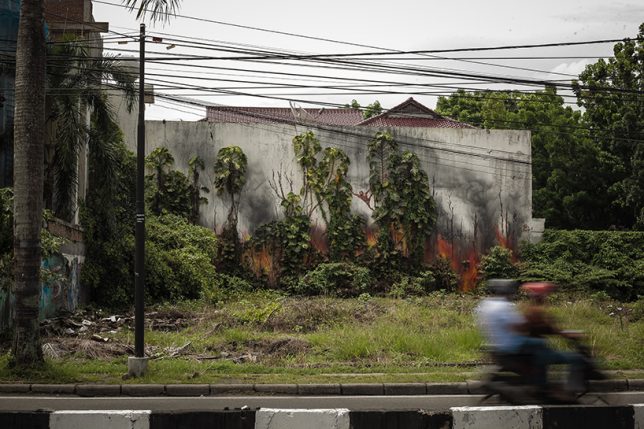 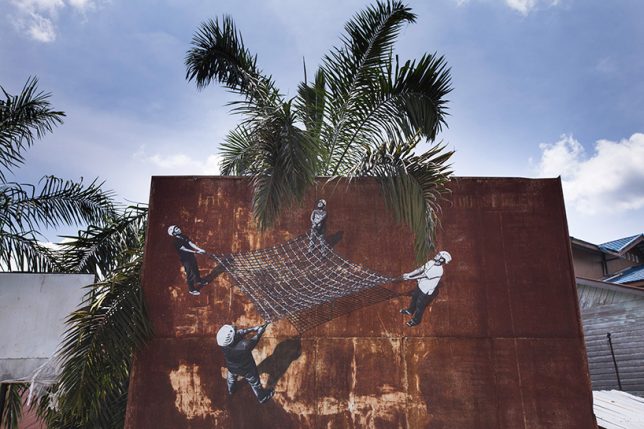 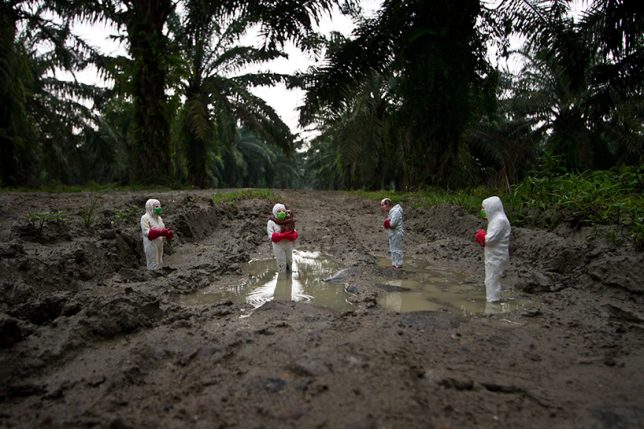 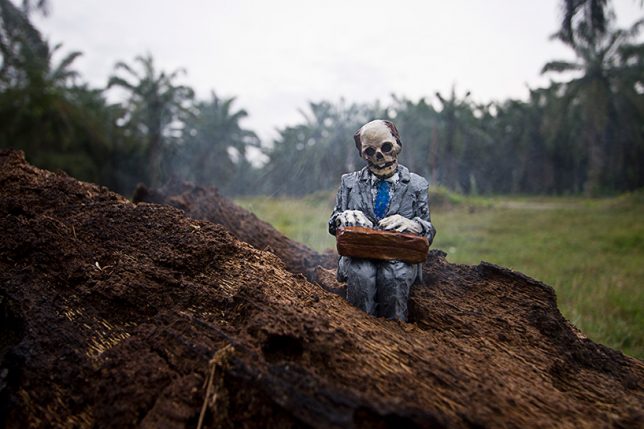 In western Indonesia, on the island of Sumatra, the palm oil industry is ravaging the forests, cruelly killing and displacing species like the orangutan. The ‘Splash and Burn’ project, curated by Ernest Zacharevic, aims to call attention to these issues through art installations by international creatives. Ernest’s own contribution is a gut-wrenching mural of the forest on fire as an orangutan tries to escape, while Strok’s shows how workers attempt to rescue orangutans clinging to life in mostly-destroyed forests. Isaac Cordal, who’s known for his street installations of miniature figures, shows recovery efforts in action, along with a striking representation of those who get rich on the industry. 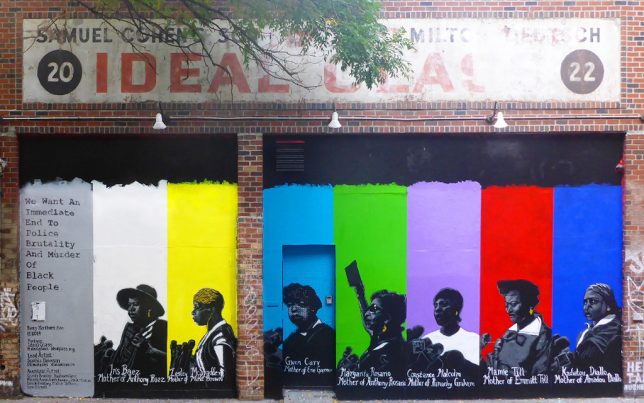 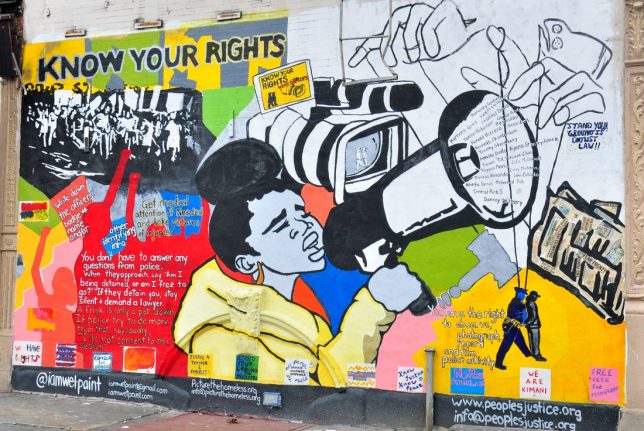 Brooklyn artist Sophia Dawson has painted many hard-hitting murals in her own city, including the two shown here, which say “We Want an Immediate End to Police Brutality and Murder of Black People’ and educate the public on their rights. “I endeavor to create a narrative art that addresses human and political struggle,” says Dawson. “In doing so my aim is to convey the true stories and experiences of oppressed people from political movements in ways that more broadly form, shade and convey the individual and collective injustices they face.” 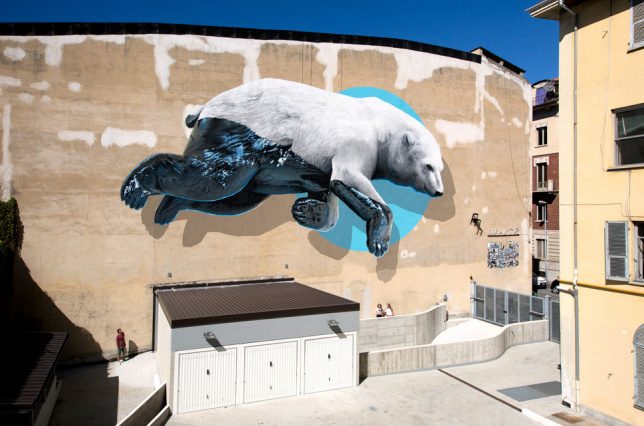 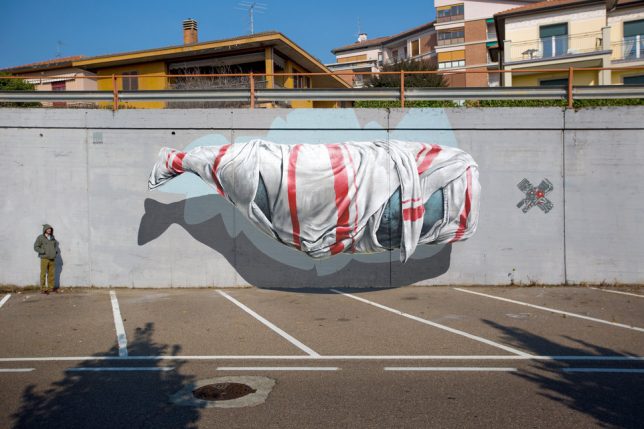 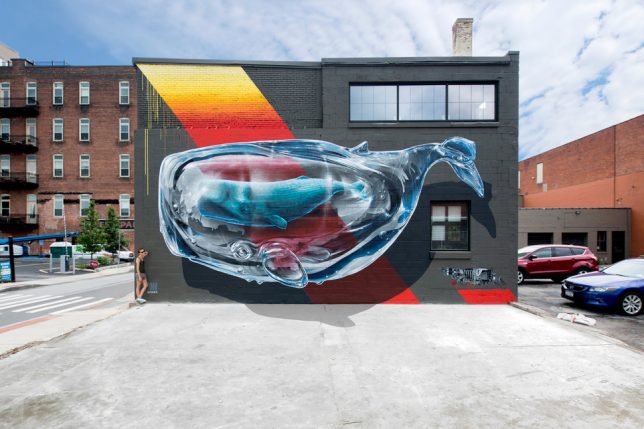 The Swiss street artist duo known as NeverCrew (Christian Rebecchi and Pablo Togni) created a series of public murals addressing climate change, women asylum seekers and other issues throughout 2016. Of ‘Black Machine,’ the image of the polar bear covered in oil, the artists say “Playing with the line of sight of the forced point of view from the sidewalk and inspiring us to the theater (on whose wall was made the painting,) we decided to work on the idea of representation intended in a broad sense as portrayal, as performance and as a figuration of reality. We used direct references to the theatrical context to define a ‘real’ proportion and a starting point, but we wanted to move the attention on global warming related to human habits. We have then developed these issues trying to evoke the position (and responsibility) of man in a delicate balance, into the ecosystem, and so the choice points of view, of real awareness and the idea of a passive condition in a system.” 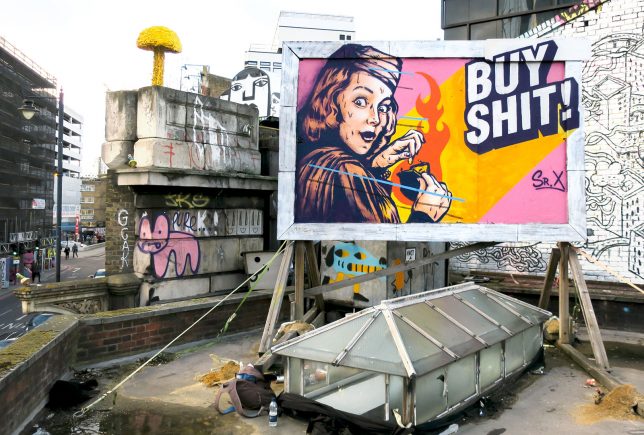 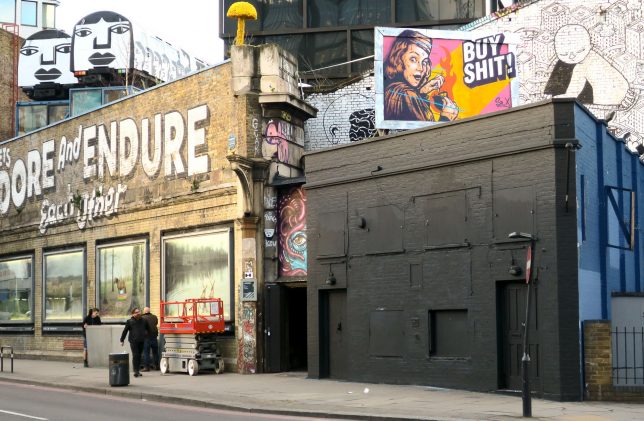 Pejac: The World Going Down the Drain 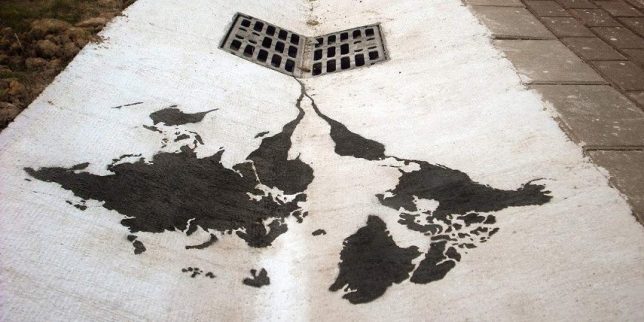 The world threatens to melt through a storm drain into the sewer below in this Santander, Spain street piece by Spanish artist Sylvestre Santiago, better known as Pejac.