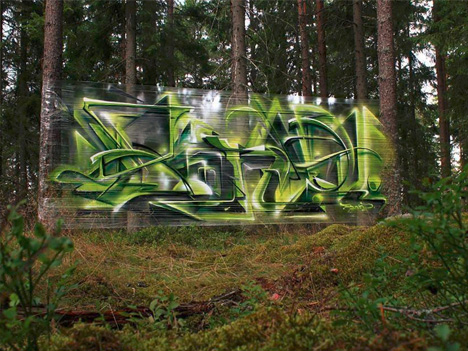 Tagging is typically considered an urban art. At the very least you need walls to write on, right? Not necessarily – some clever artists have started to stretch cellophane between any available supports, making paint-ready surfaces out of thin air. 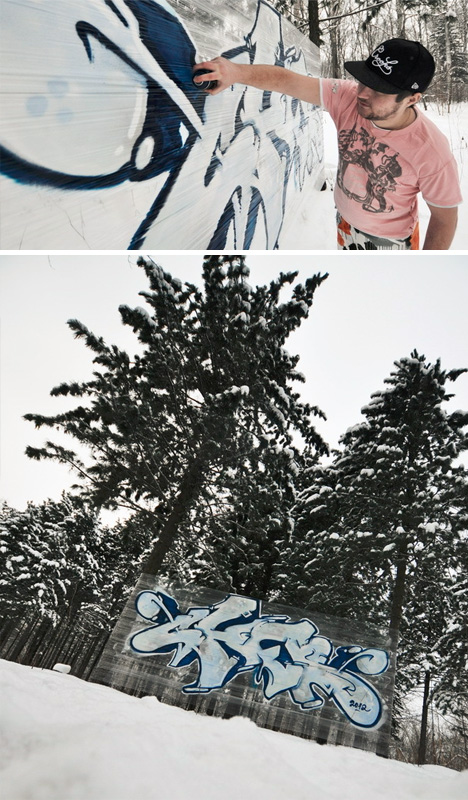 Suddenly, rural settings (sans buildings) are fair game – mountains and forests can become backdrops for spray-painted expression. The translucent nature of the plastic ‘canvas’ employed adds a fascinating layer of visual complexity for artists like Ches working in the cold winters around Moscow, Russia (above). 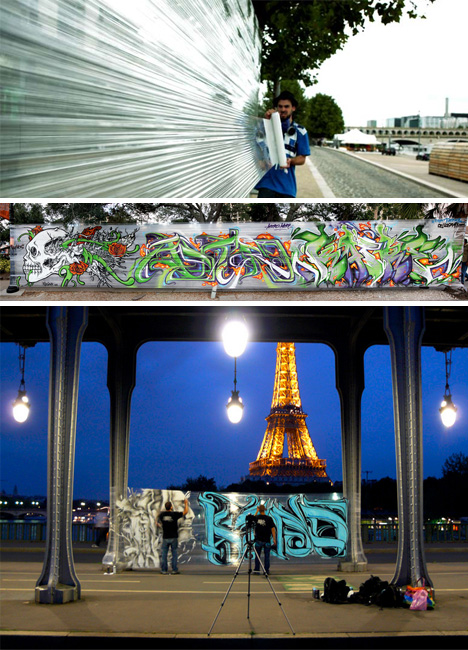 None of which is to say that city contexts will not work for this alternative approach. In fact, the temporary, light and portable nature of the surface material makes it an easy sell for would-be critics who might not approve of tagging on concrete, brick or other more permanent walls. 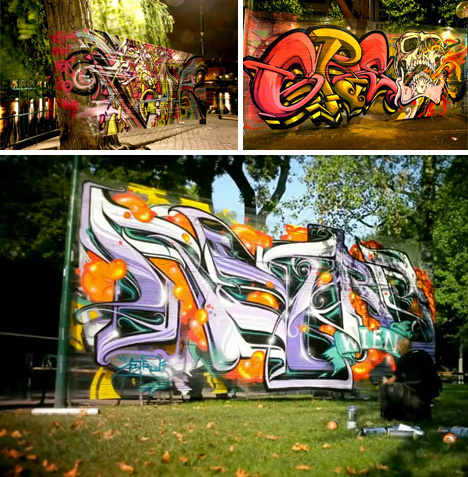 Sites like Cellograff feature stretched-plastic installations in impressively central places, including major urban parks, museums and monument sites in and around Paris, France. These two short time-lapse films show how the process works from start to finish.