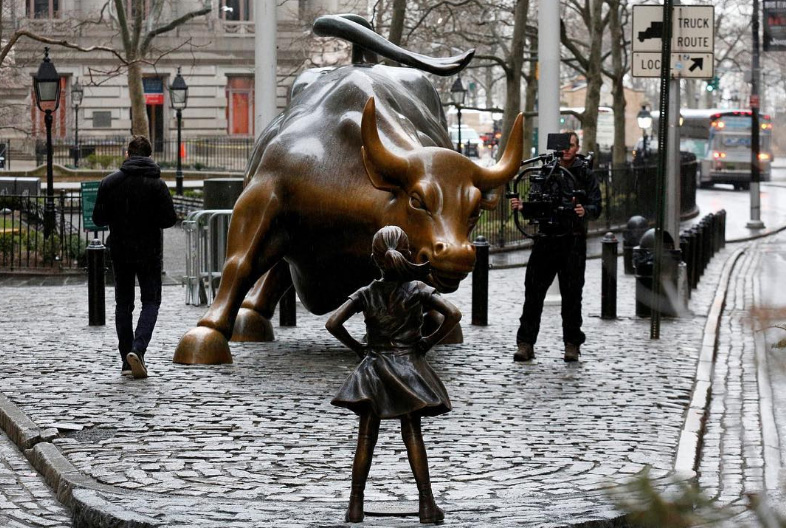 Located in the heart of the financial district in New York City, the Charging Bull statue has long been an icon of the industry, but now faces its first opponent: a young girl cast in bronze. 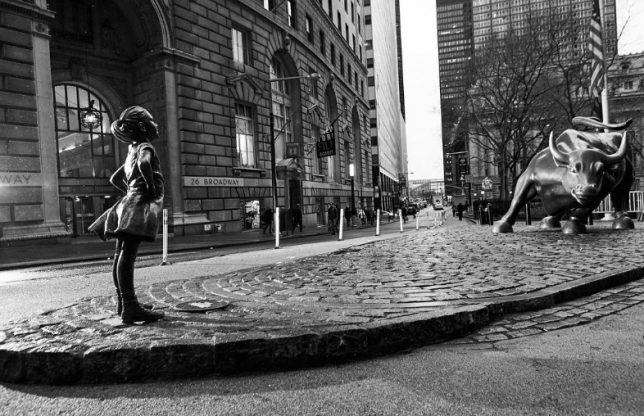 Sponsored by city officials and a local firm and crafted by sculptor Kristen Visbal, The Fearless Girl was erected in recognition of International Women’s Day. Its intended message is to encourage companies to put women on their boards, but of course it carries a series of meanings in the face of Wall Street and the political climate. 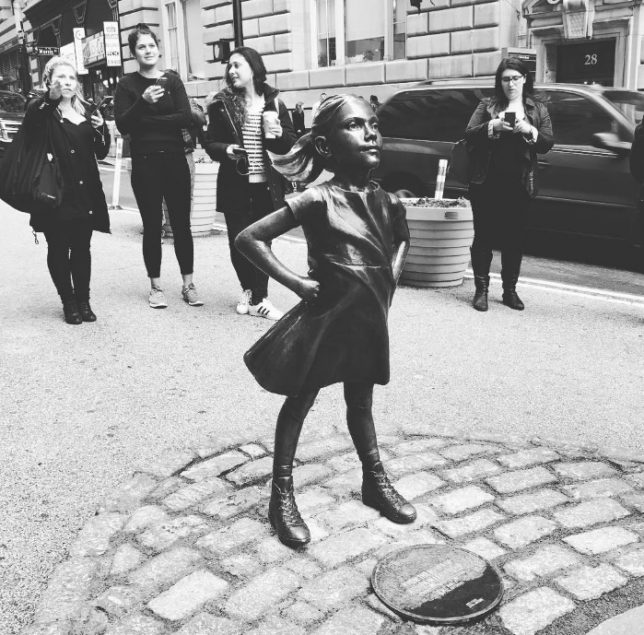 “One of the most iconic images on Wall Street is the charging bull,” explains a representative of State Street. “So the idea of having a female sort of stand against the bull or stand up to the bull just struck us as a very clever but also creative and engaging way to make that statement. Even though it’s a little girl, her stance is one of determination, forwardness, and being willing to challenge and take on the status quo.”

Whether the statue will stand the test of time remains to be seen, but its persistence would certainly not be without precedent. Per Colossal, the “Charging Bull was originally an act of guerrilla art by Arturo Di Modica, and only became permanent after its soaring popularity, leaving some to wonder if Visbal’s statue could follow the same story.”