Dogged by persistent allegations of animal cruelty – some proven to be true – greyhound racing tracks near and far have lost the public’s puppy love. 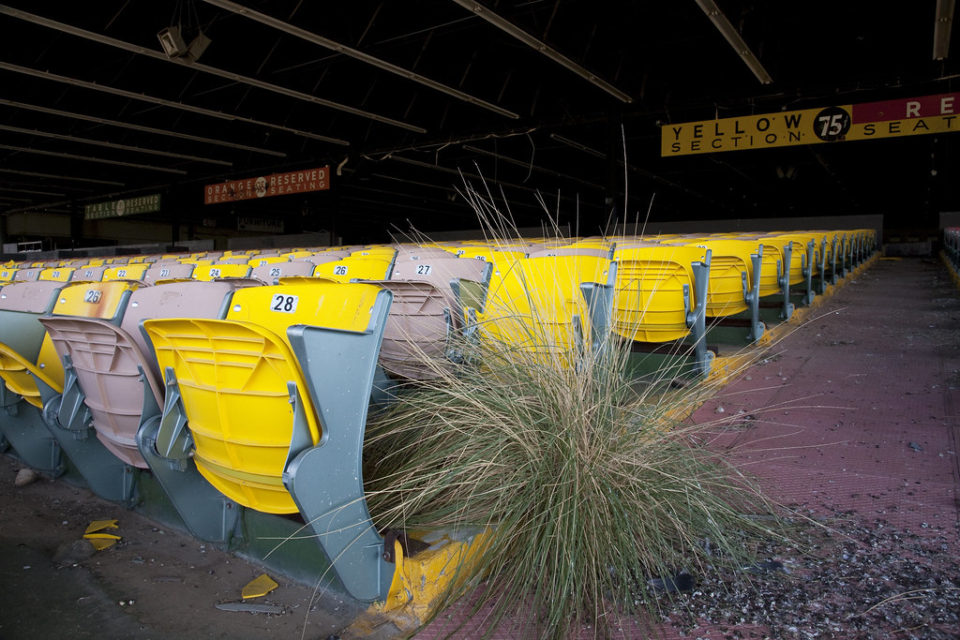 Though greyhounds have been bred to be canine companions for thousands of years, the first modern greyhound racing track with grandstands opened a mere century ago in Emeryville, CA. By the mid-1920s the sport had spread to Great Britain, and today at least a half-dozen countries around the world allow gambling at greyhound races. That’s not to say the bloom has come off the mechanical hare – it has. Closed and abandoned dog-racing tracks aren’t at all uncommon nowadays, with one of the most notable being the stadium above in Black Canyon City, AZ. Flickr members MARLON SEPPALA and Thomas Schultz snapped the moribund “DOG _RACK” in July of 2008 and September of 2010, respectively. 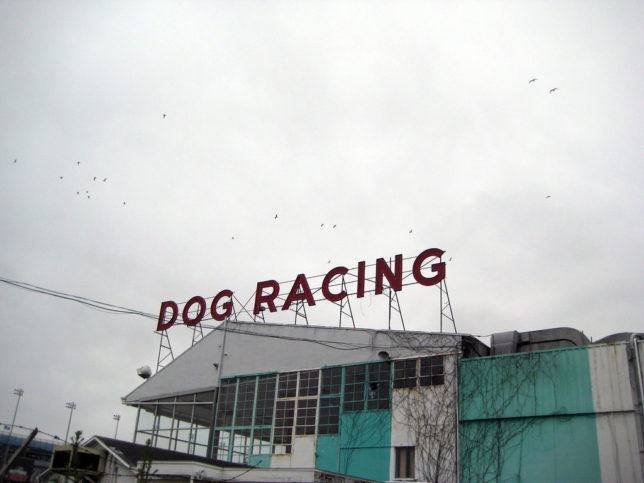 Owen Patrick Smith, the “father” of modern greyhound racing, invented the mechanical hare not to beguile Bugs Bunny but to remove actual live bunnies from the equation. Society has progressed further in recent years – some dog tracks have dispensed with the robo-rabbit entirely, in favor of a windsock-like device. Still, for many operations the changes were too little and too late. Flickr member Katy Warner captured the grim atmosphere surrounding this dog-tired abandoned dog racing track near Florida’s Daytona Speedway in February of 2009. 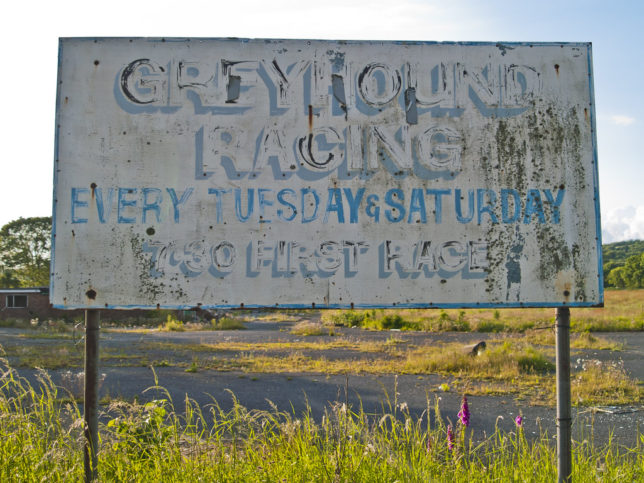 Smith’s vision was to get the public to see “greyhound racing as we see horse racing”, and that included monetizing the operations through gambling receipts. It was a winning proposition… for a while. In the UK, greyhound racing was a hit with the public: over 40 tracks affiliated with the Greyhound Racing Association were up and running by the end of 1927, just a year after the first organized race was run. 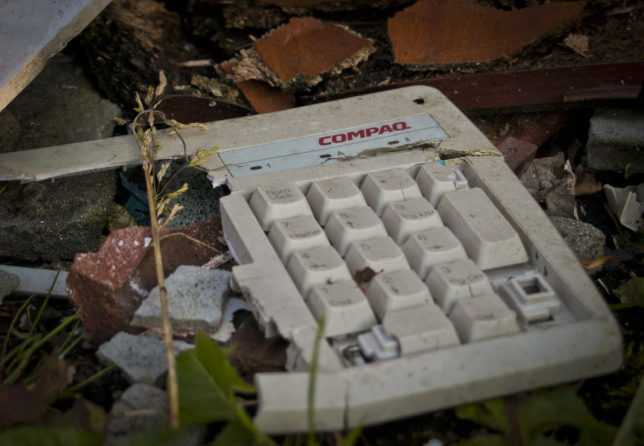 The popularity of greyhound racing in the UK reached its peak just after the end of the Second World War. By the early 1960s, however, the industry as a whole entered a long period of decline. One of the main contributing factors was the passing of the Betting and Gaming Act in 1960, which permitted off-course cash betting. Flickr member Alexander Jones visited the much-deteriorated remains of the Swansea Greyhound Stadium in June of 2012.