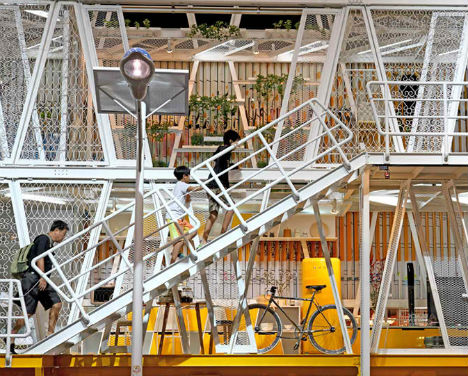 Some billboards are just begging to be subverted, while others take us by surprise with their creativity and ingenuity. But whether you hate these humongous advertising platforms or think they’re an important part of modern society, billboards probably aren’t going away anytime soon. That’s why design team Apostrophy’s has attempted to make them more multi-purpose with the intriguing Billboard House. 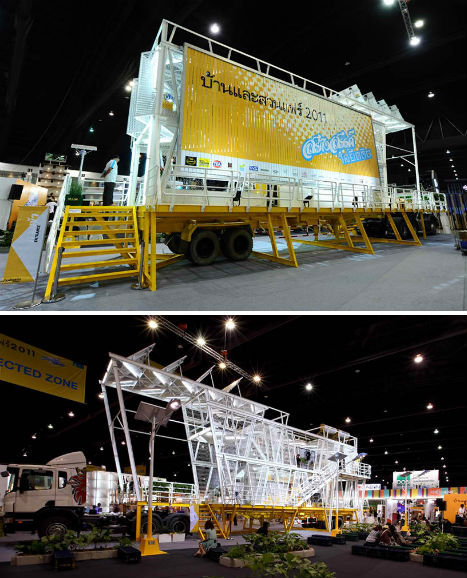 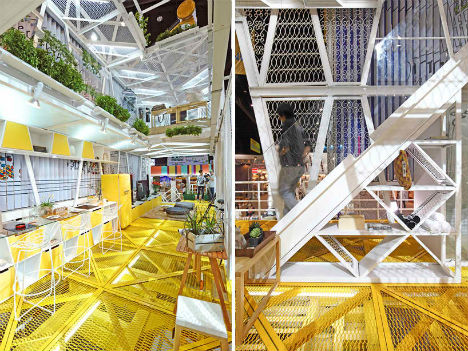 Currently on display in Bangkok, Thailand for the Baan Iae Suan Fair, ‘Billboard House’ preserves the current advertising function of billboards, but adds an extra element: an elevated private domicile. Apostrophy’s explains that all three parties would benefit from this arrangement: the advertisers and billboard agencies who still get what they need out of the billboard, and the owner/dweller, who gets an extra income from the advertising rent. 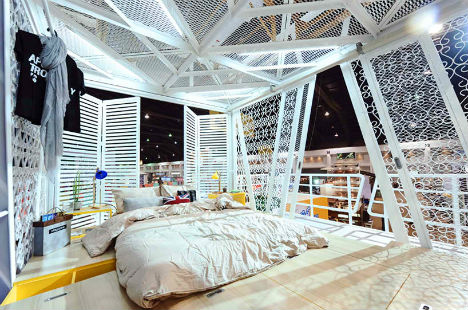 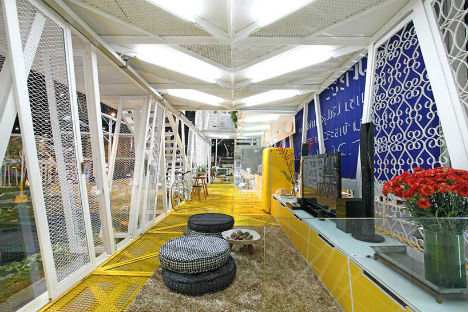 The multi-story home is surprisingly spacious, and the views certainly can’t be beat. Rather than a conventional billboard post, the home sits on a trailer base that enables it to be moved when necessary. Solar cells on the roof provide energy, and the rails offer space to grow hydroponic plants. 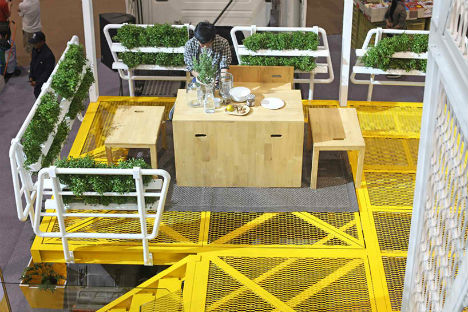 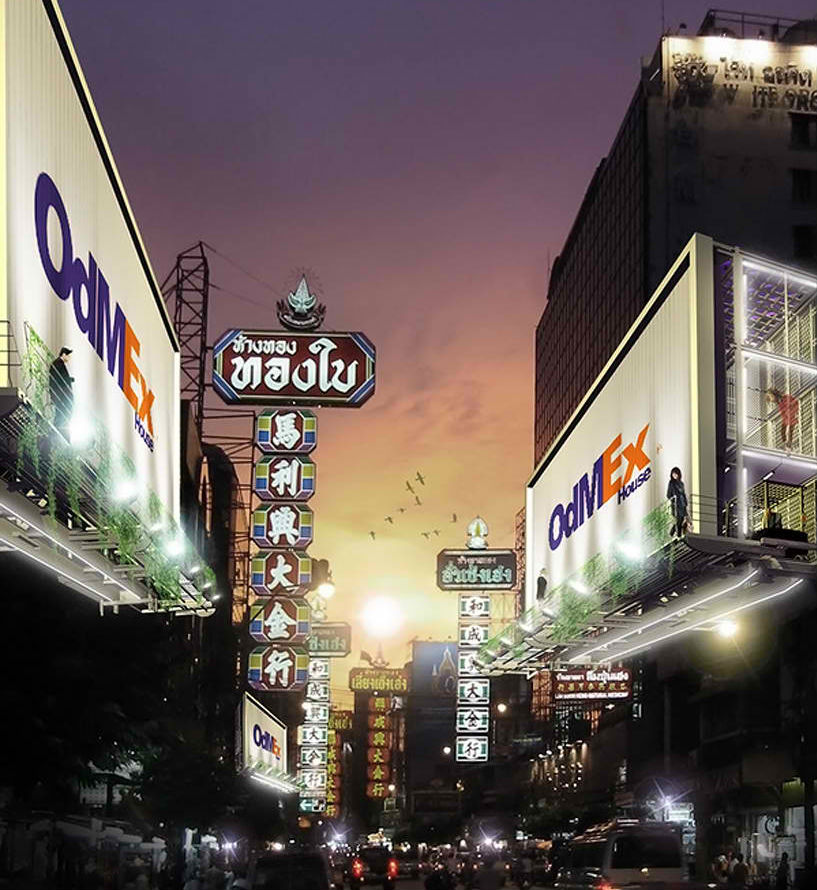 While not everyone would be crazy about having their home plastered with ads (especially if those ads were offensive or objectionable), such an arrangement democratizes the space that is currently given over to advertisig in cramped urban locations, making smart use of it. That is, as long as these homes are replacing existing billboards and not just adding even more visual clutter.