The 20th-century American dream of suburban houses and picket fences unfolded in parallel with another vision: freedom to roam, embodied in camper vans and other mobile housing designs. The increasing costs of city living and desire to escape nine-to-five life has since led to a new generation of creative solutions, ranging from converted camper vans and buses to space-saving sleeping trailers that can be towed behind cars or even two-wheeled vehicles. 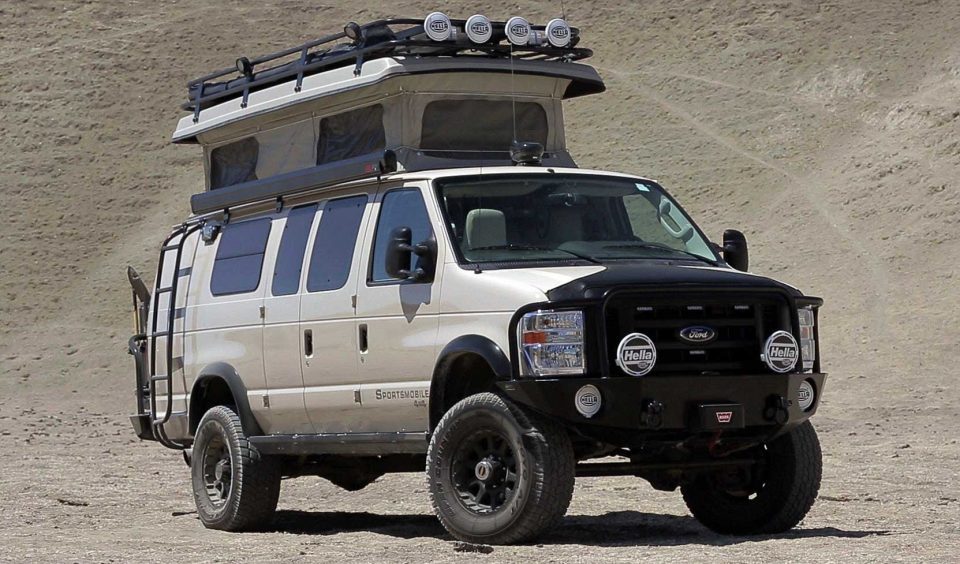 Many mobile living creations of this new millennium are actually adaptations of existing vehicles, including do-it-yourself van rehabs as well as professional remodels. 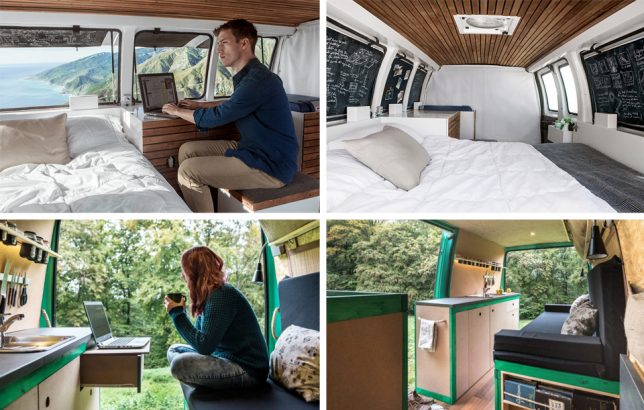 Some are cheap, simple and use recycled materials while others feature more luxurious amenities and higher levels of finish — as with most things, you get what you pay for, whether in dollars or sweat equity. 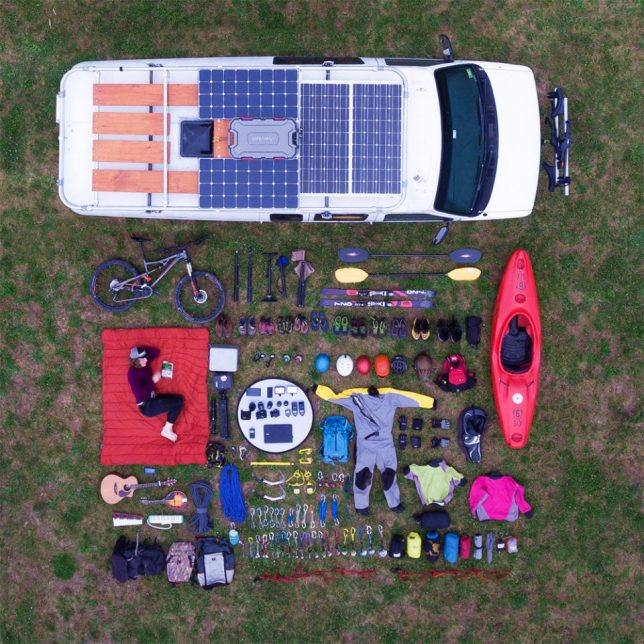 The more modest exterior appearances of some such livable vans can be deceiving – many stealth campers and DIY RVs include solar-paneled roofs, custom wood trim, flip-down window covers and even flip-up computer desks designed for digital nomads. Many of these features can be all but invisible from the outside. 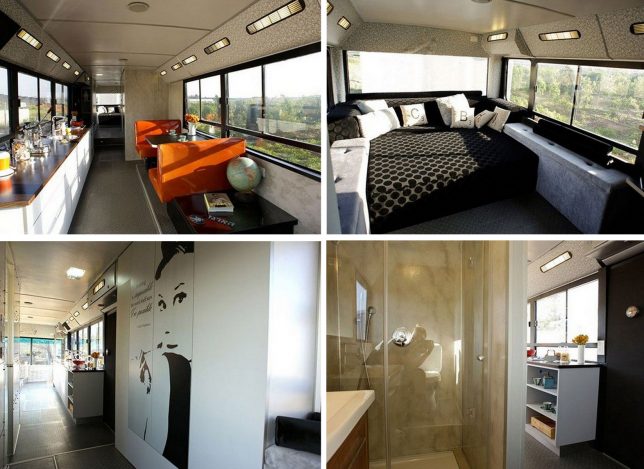 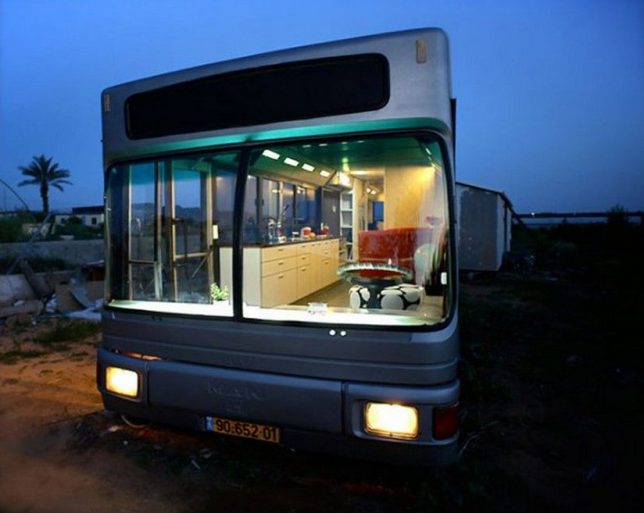 Wanderers requiring more room for extravehicular activities may require something bigger but presumably still street legal, making buses a natural option for larger-scale mobile makeovers. A city bus has its advantages, including expansive windows for those seeking extra sunlight. 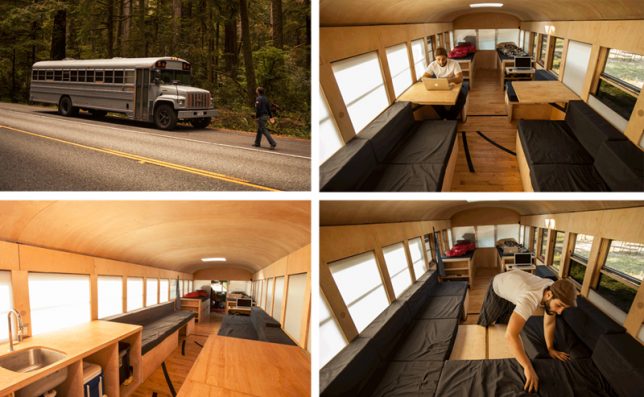 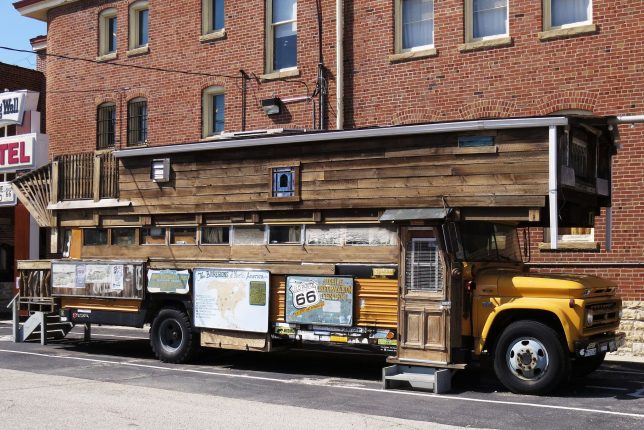 Meanwhile, plain old yellow school buses offer benefits as well, including more standardized design elements to work with. These can be turned into expansive pads of all kinds, whether they are fitted with elegantly curved plywood or sliced, diced and topped with rustic timber frames. 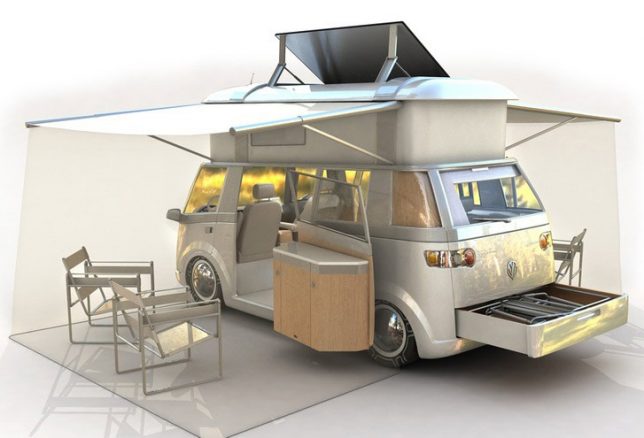 Not everyone can afford the time or money to buy or convert a van or bus. For those who need something smaller that can be hitched to a more traditional vehicle, there are still a lot of clever ways to get the most out of limited trailer space, including pop-outs and auto-expanding rooms that deploy on demand. 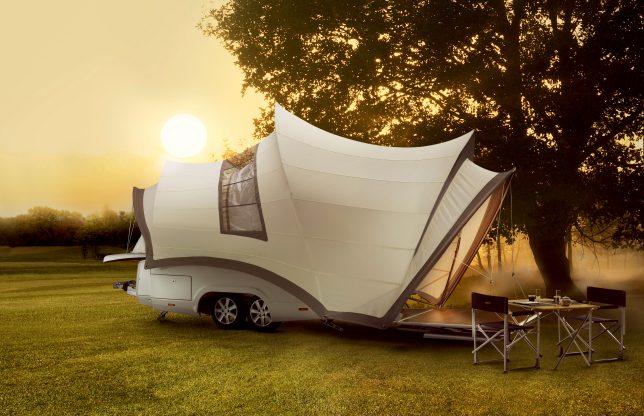 Flaps, wings and other folding elements can help bring more outdoor space in, extending interiors to include sheltered zones beyond the limits of whatever one has in tow. 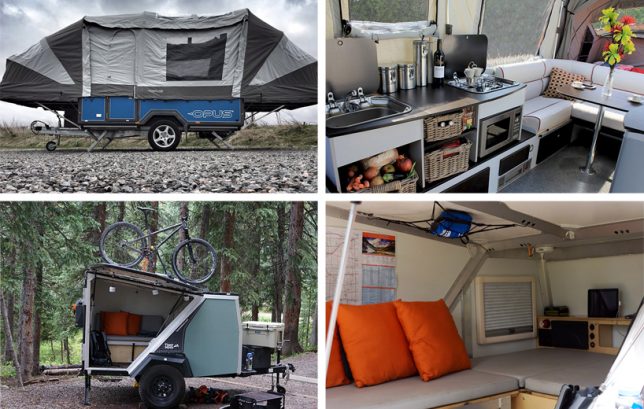 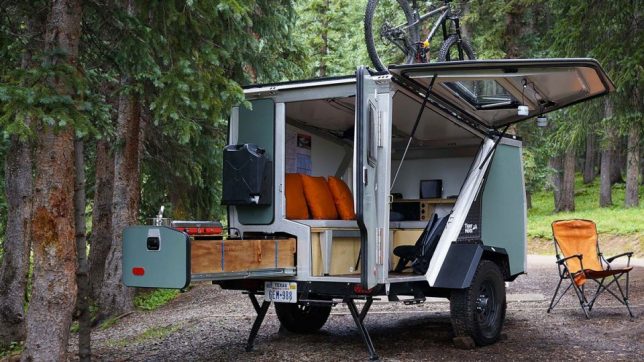 Even a surprisingly small trailer can pack a lot of utility, including running water, power outlets, USB ports and LED lights — some even feature a full modular kitchen for a bit of light glamping. Mounted toolboxes, roof racks and cargo decks can help expand their functionality as well. 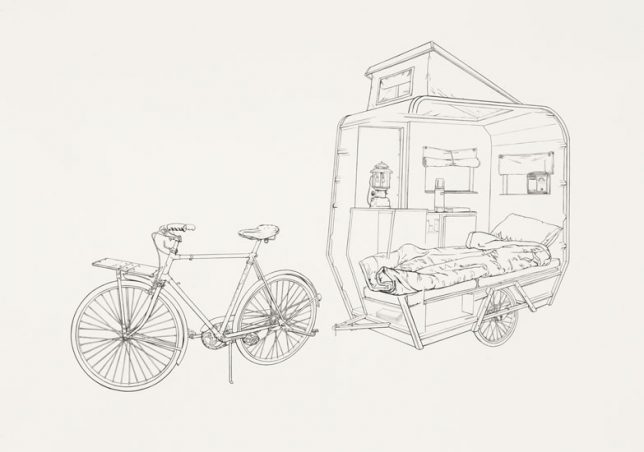 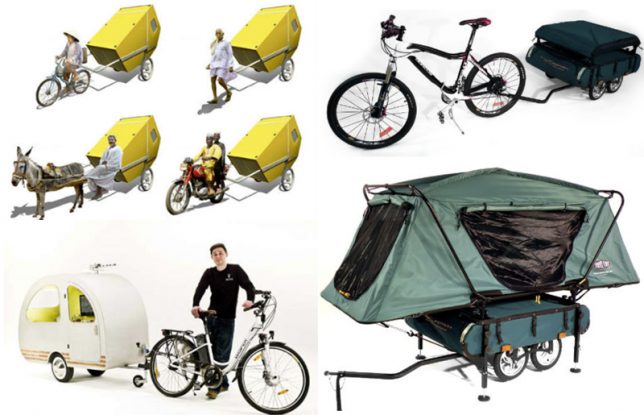 Choosing to ride a bike instead of driving a car doesn’t have to mean foregoing the convenience of a camper trailer, though such options may require especially clever construction (not to mention physical endurance) in place of motorized assistance (or at least: an electric assist bicycle). 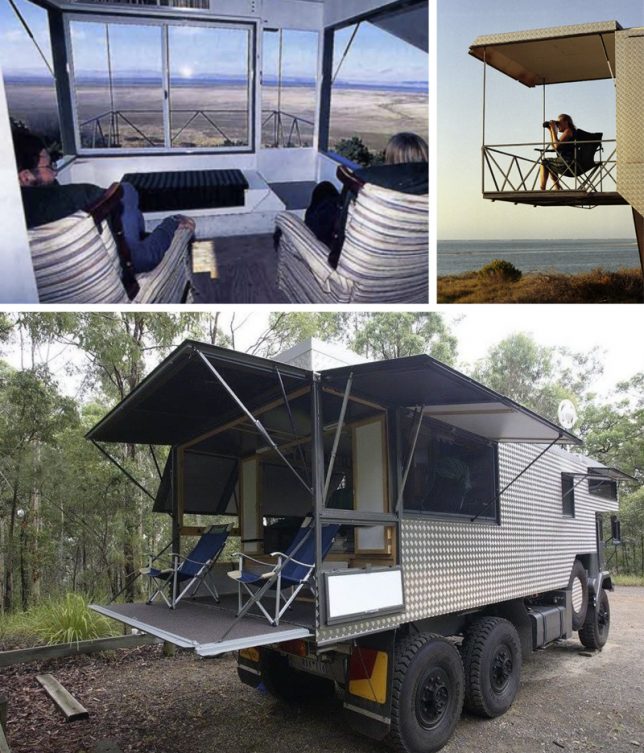 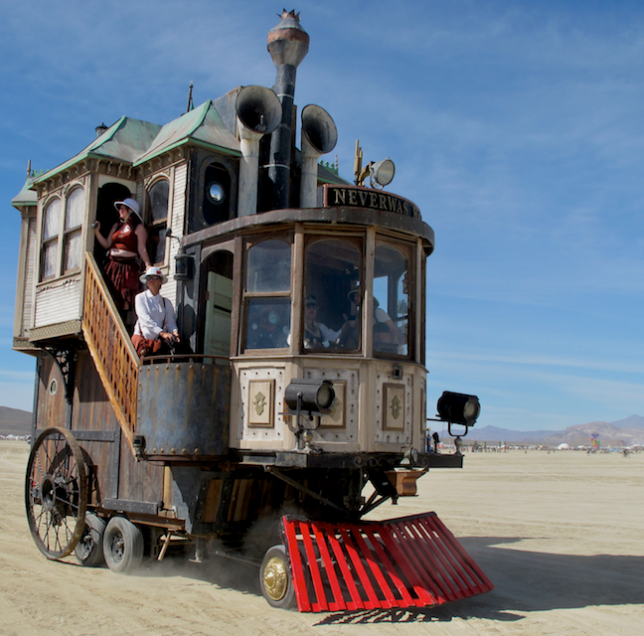 There may be rules to the roads, but there are practically no limits to the creativity of people who want to live their lives on them. Beyond the realm of conventional conversions are all kinds of creative cars, vans and trucks that are effectively inhabitable art. 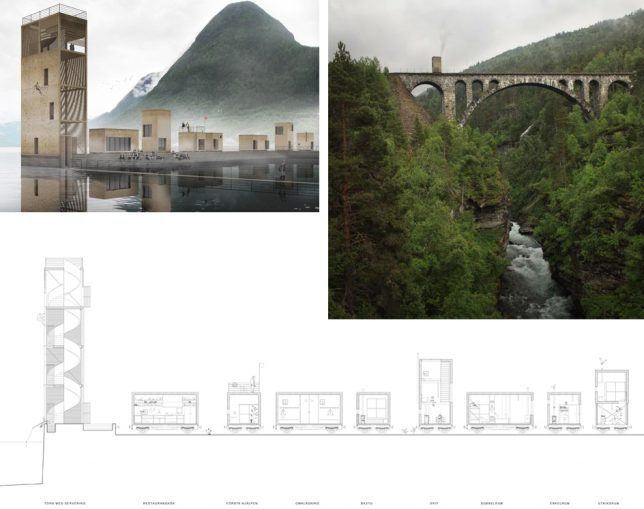 It goes without saying that no one knows what the future of mobility will look like, but imagine for a moment a kind of city on rails made up of modules that could be moved from one place to the next, all running on existing train tracks. Consider the advantages for migratory seasonal markets, mobile concert venues and other businesses and events that benefit from moving around throughout the year, embracing a sort of perpetually nomadic urbanism. Hotels, restaurants and other commercial operations see changes in demand throughout a given year and and could conceivably pull up stakes to seek out better opportunities. 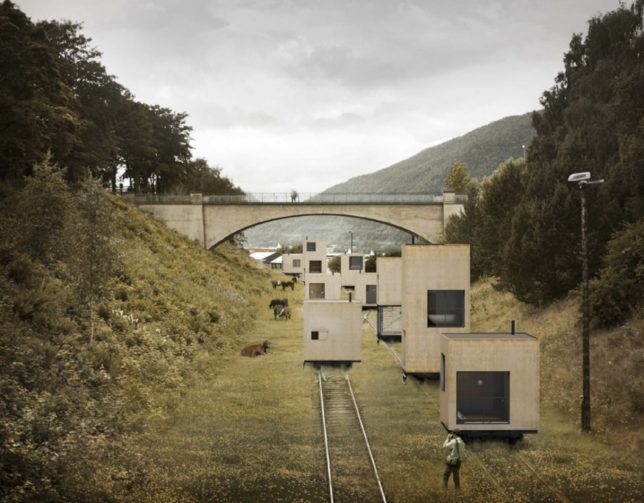 It may be an exercise in fantasy, but one has to wonder: what would the world look like if more people could take their architecture with them as they traveled? Between food trucks and container homes and other modular living solutions, not to mention the rise of autonomous vehicles, this prospect is in some ways already grounded in the real world around us. As more and more people move ever more often, working remotely and take their homes and businesses on the road, new typologies for portable spaces will no doubt continue to emerge and surprise us along the way.