Off-grid housing is almost always relegated to remote areas due to strict urban building codes and access to affordable land, but sometimes self-contained structures pop up in parks, on rooftops and in canals anyway – or the owners of more conventional city dwellings simply cut the cord. There are already a lot of different ways to go off-grid in the city, most explored by necessity due to poverty, others seeking a more sustainable way of life without giving up community and convenience. From rooftop structures and mobile housing to entirely new self-powered city blocks, these solutions work within cities that already exist rather than envisioning expensive futuristic eco-cities from the ground up. 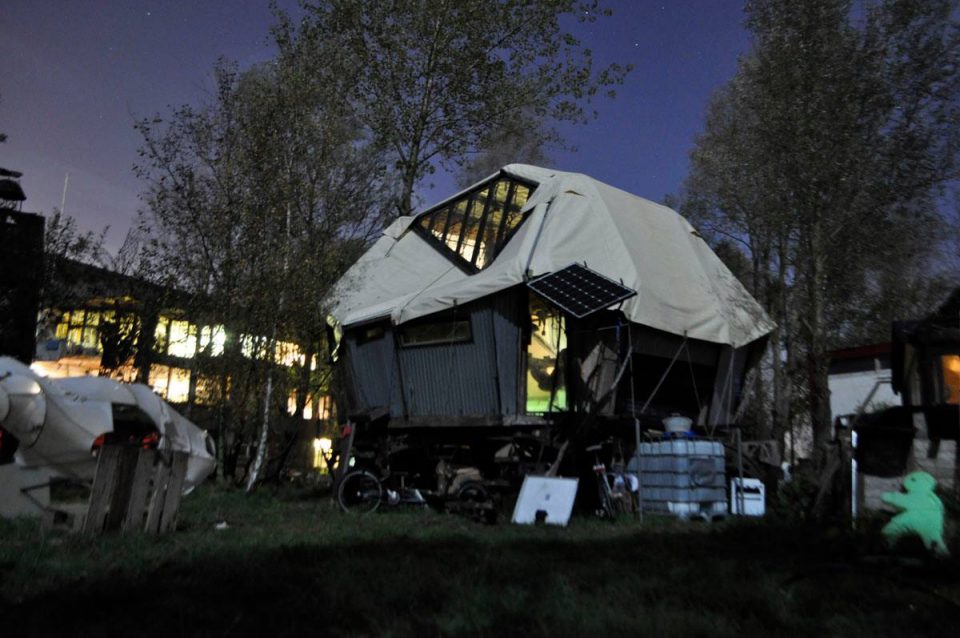 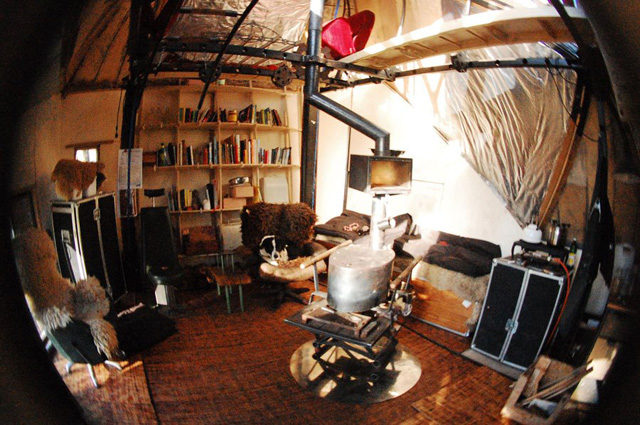 Somewhere between a DIY cabin, a tent and a mobile home, this strange structure by The Mobiation Project travels through Amsterdam, setting up in locations all over the city as a statement about the increasingly broken global economy and damage to the environment. Built by an artist/architect and a carpenter/designer, The Mobi-01 acts as an interactive, inhabitable, ‘open-house’ example of an off-grid structure that can set up virtually anywhere. 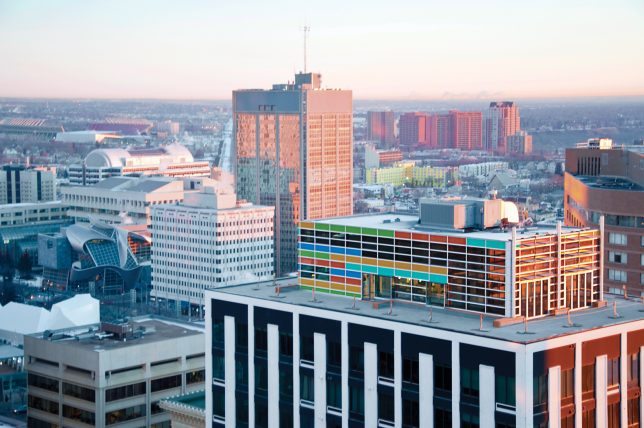 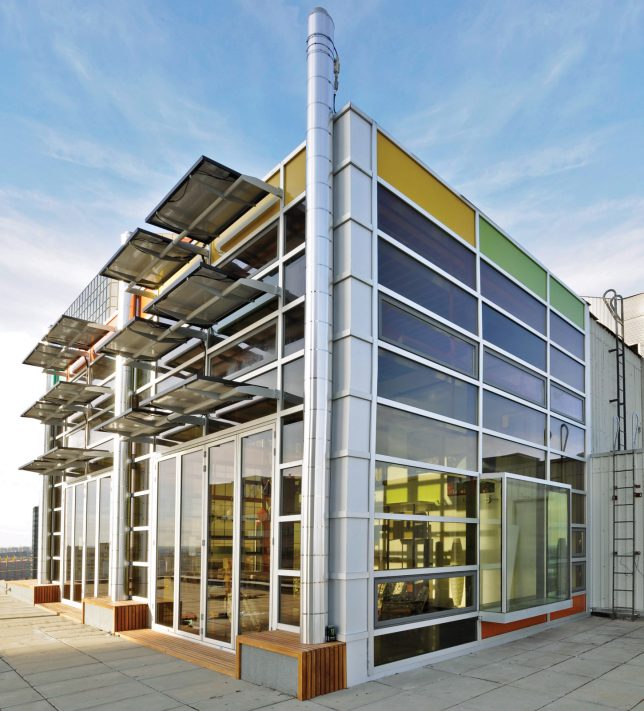 Reclaiming the rooftop space atop urban structures isn’t a new idea, but it’s rare to see them disconnected from the power grid, like this former mechanical room on a 19-floor office building in Edmonton, Canada. Architect Vivian Manasc saw potential in the structure when doing a technical evaluation of the building, and ultimately transformed it into a home for herself. The home horseshoes around an existing elevator core, which warms the space passively, and gets its power from solar panels.

Free Off Grid Camping on a NYC Rooftop 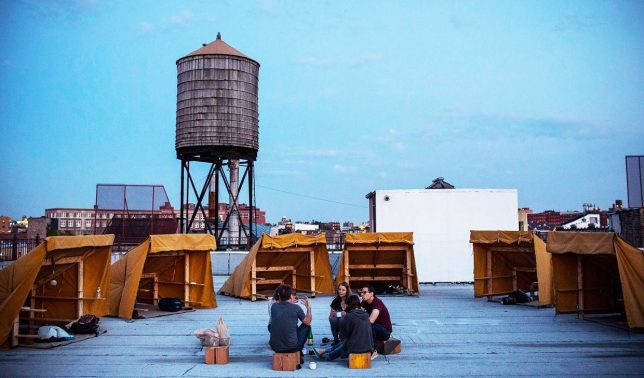 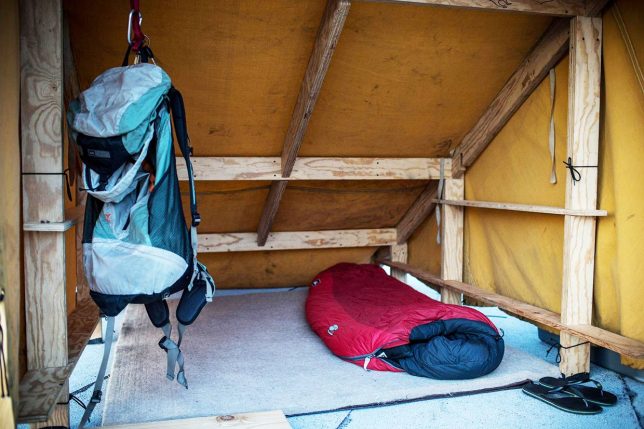 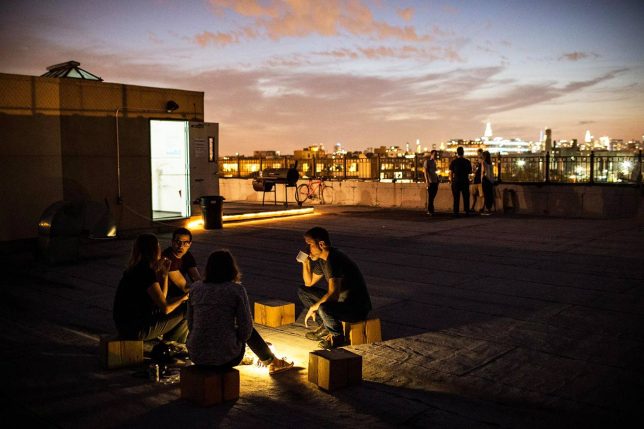 Bivouac is a pop-up campsite rotating to different rooftop spots around New York City, consisting of little more than six waterproof canvas tents with wooden frames and wool floor mats, a kitchen area with a table, and a small library. There’s no internet, electricity or showers, and you can’t have a campfire, but at least there’s access to a toilet within the building. It’s entirely free, and an interesting concept, though one wonders what this project says about accessing urban spaces when you’re well-off just for fun versus the tent cities created by homeless people who have nowhere else to go. 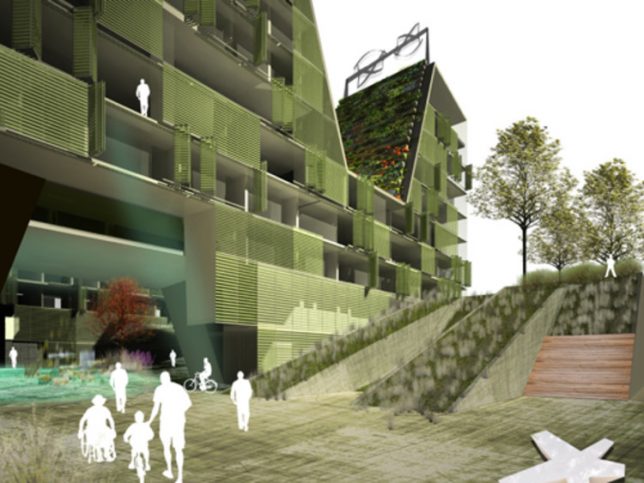 What if entire city blocks could be designed to power themselves, built in areas that were previously disused, like former industrial properties or rail yards? Winner of the Re:Vision Dallas competition, ‘Forwarding Dallas’ envisions a complex of living spaces inspired by rolling hills, with vegetation-covered roofs, solar panels, wind turbines, and passive solar louvers covering the building’s glass facades to regulate heat. The block also has its own rooftop water catchment system, a greenhouse, a swimming pool and other communal spaces. The 40,000-square-meter complex could sustainably house 854 people within the space of a typical city block.