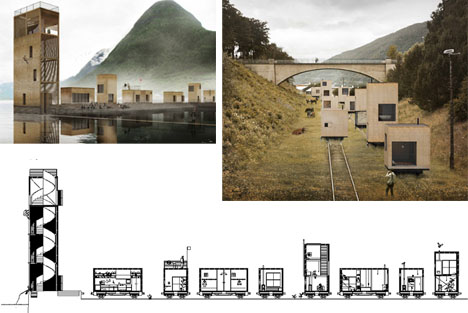 Modular thinking is brilliant and infectious, expanding and spreading from industrial-revolution technologies to three-dimensional printing and beyond. But how big can modularity get? Imagine the same concept applied to cities that move, grow and shrink on demand, gaining or shedding functions and spaces as needed. 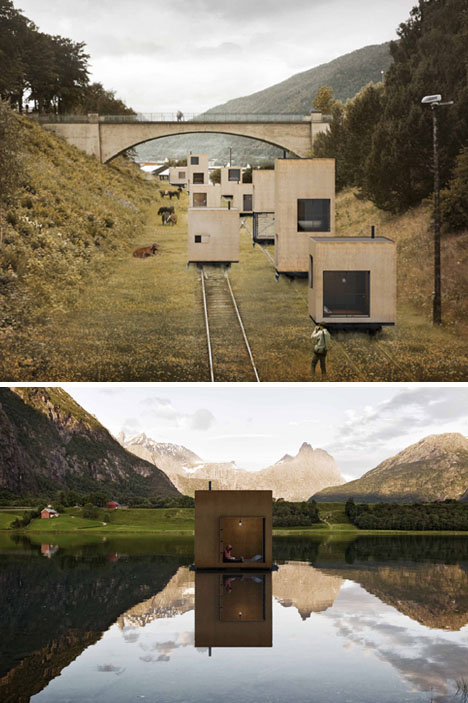 Spoiler alert:  science-fiction writer China Mieville (of whom this author is a serious fan) first envisioned a permanent mobile life on rails in Iron Council, where residents deploy tracks in front of (then pull them up behind) an ever-moving rogue locomotive. Then in Railsea, he expanded this idea in a world where every inch of land is covered by iron rails and wooden ties. It sounds like far-fetched fantasy, but could something like this work in reality? 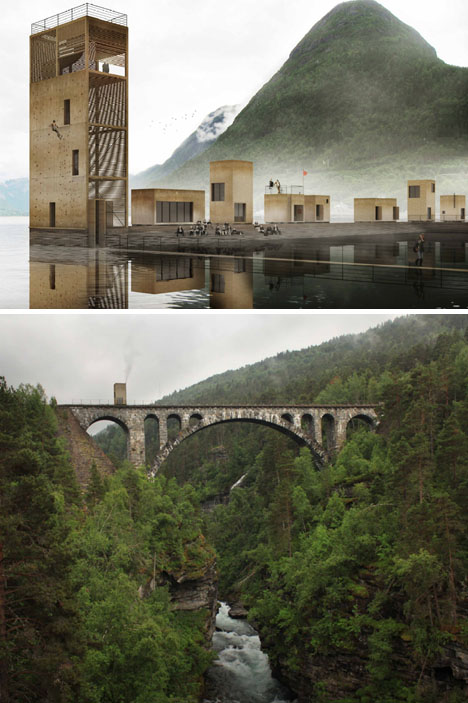 The Swedish architecture firm Jagnefalt Milton asks and answers this question in their daring and award-winning design of A Rolling Master Plan, conceived of as a way to utilize existing rail routes to shift entire towns – or even cities – worth of people and places. 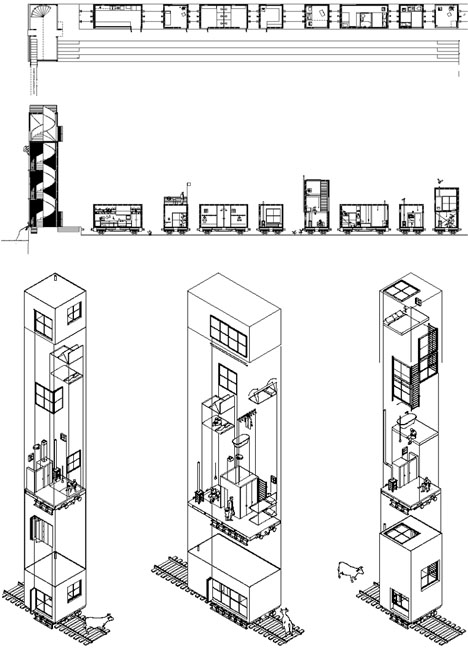 Consider seasonal migrations, for instance: festivals, markets, concerts and other events that move throughout the year. What if they could take their architecture with them as they traveled? Then there are hotels, restaurants and other commercial functions that see demand change over time as well as by season. What if they could deploy rooms or eateries around a country at will? Sure, it is conceptual, but the real-life applications are astonishing once you start thinking about ways buildings could adapt if only they could move more freely.