Star Wars character Princess Leia, played by the late Carrie Fisher, has been feted in street art and graffiti for a long time in countries far, far away. 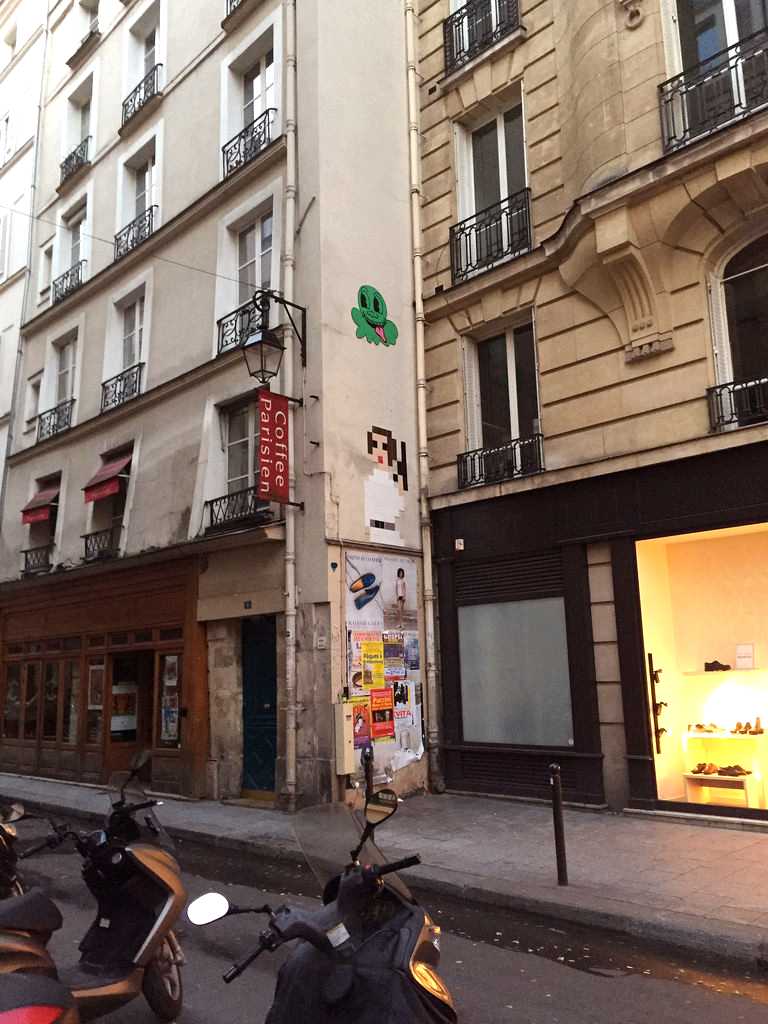 While spray-painted graffiti and, especially, stencils have been the most common methods of applying Princess Leia to urban infrastructure, there is another unlikely yet undeniably successful medium: tile mosaics. Since 1998 the secretive street artist known as Invader (after his Space Invaders-inspired style) has applied over a thousand 8-bit tile mosaics in over 30 nations around the world. His economical rendering of Princess Leia, as captured by Flickr user ratskaweiller, looks down from the wall of a building on Paris’ 6th arrondissement.

Maid in the Shades 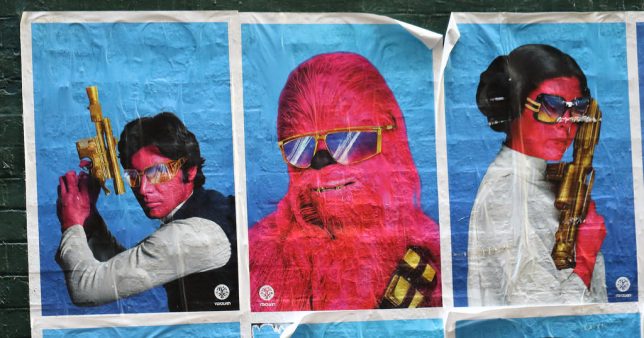 Flickr user Aaron Kinzer (ascension9studios) captured this vivid triptych of Star Wars characters plastered to a wall in Melbourne, Australia. Yeah, we’d ALL need shades if everyone was really that pink. 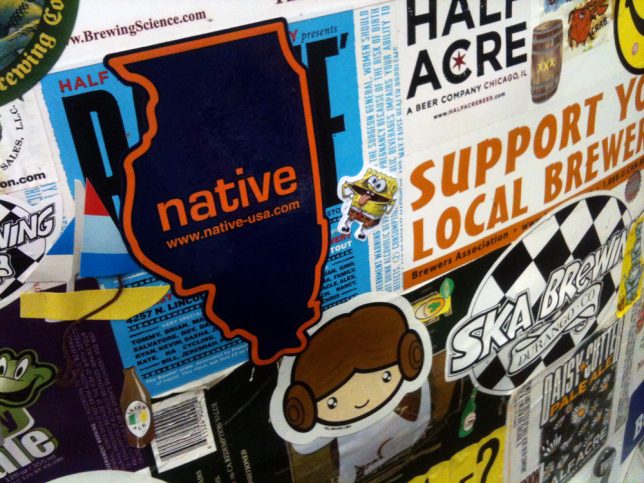 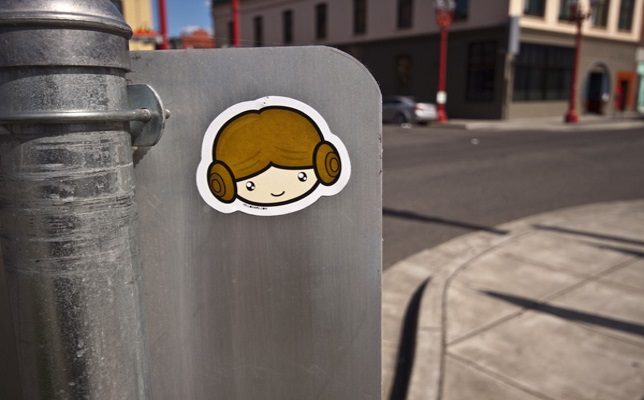 “Most of the characters I created before Lucasfilm and Sanrio lawyers came knocking at my door (no joke),” explains creator Dan Knispel of his Hello Wars character stickers. 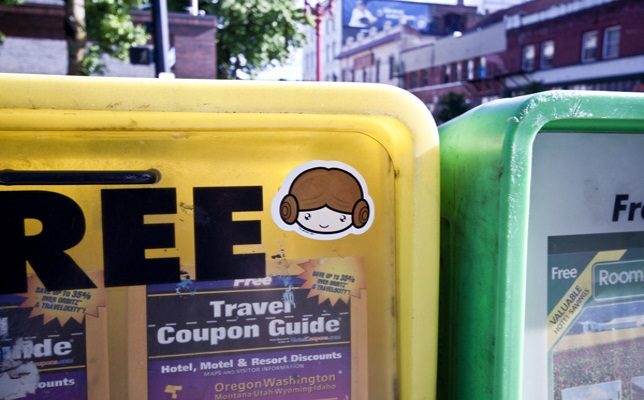 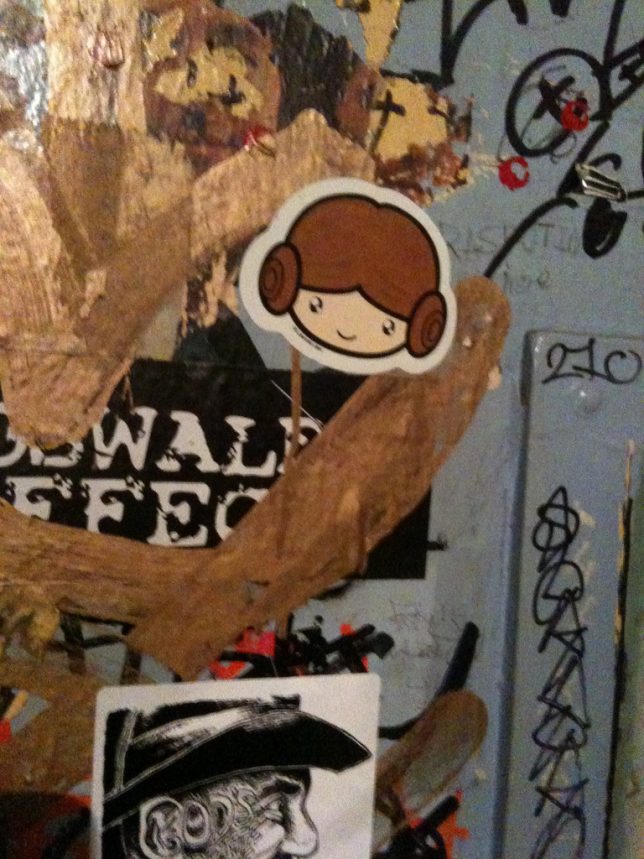 Due to their conveniently adhesive nature, Hello Wars stickers have turned up on applicable surfaces ’round the globe. Flickr user Darth Admin captured several such appearances of the Princess Kitty character as shown above. 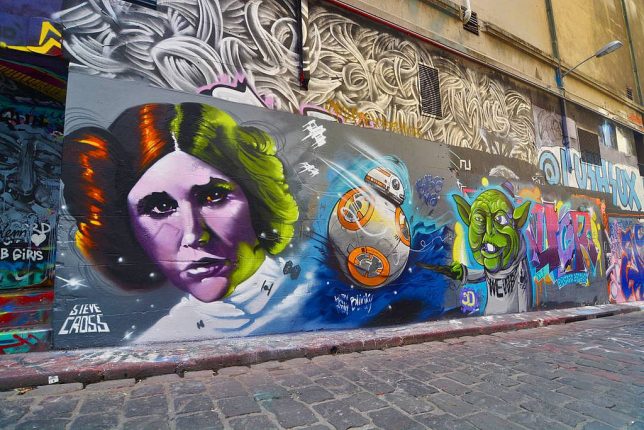 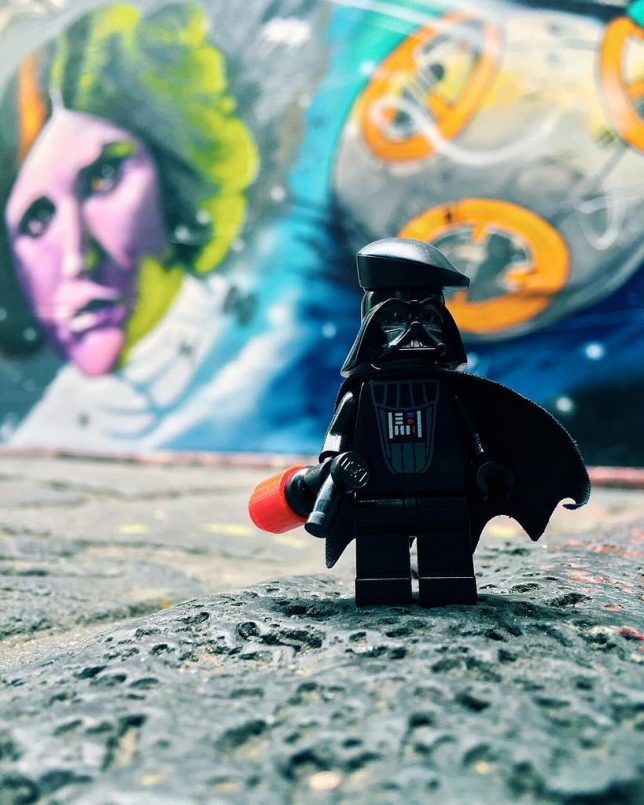 The revival of the Star Wars film franchise with The Force Awakens in late 2015 sparked a corresponding explosion of relevant street art. You’ll find the expansive multi-artist mural above in Melbourne’, Australia’s graffiti mecca of Hosier Lane. Flickr users City of Melbourne – Official and sherlockedtxh snapped the images above on December 21st of 2015, shortly after the blockbuster film was released worldwide.