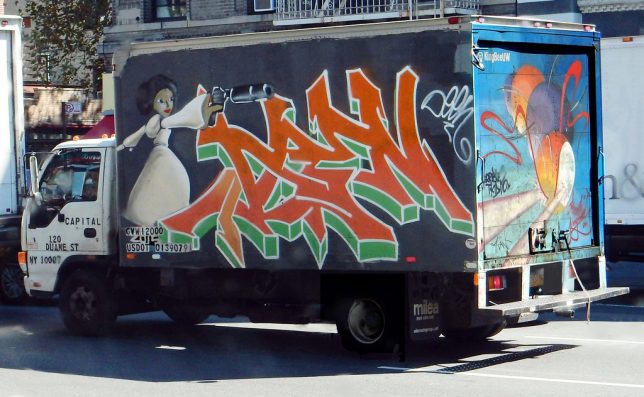 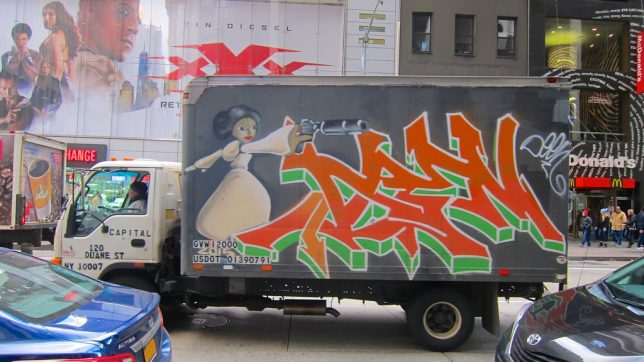 Flickr user Robert (TheMachineStops) is into Graffiti on Vehicles, and the astounding example above was captured in Manhattan’s NoHo district in late September of 2016. Flickr user Peter Dutton (Joe Shlabotnik) snapped the truck a couple of months later, this time moving along 6th avenue between 46th and 47th streets. Recognize that vehicle? It’s the truck that made the Kessel Run in less than twelve parsecs. 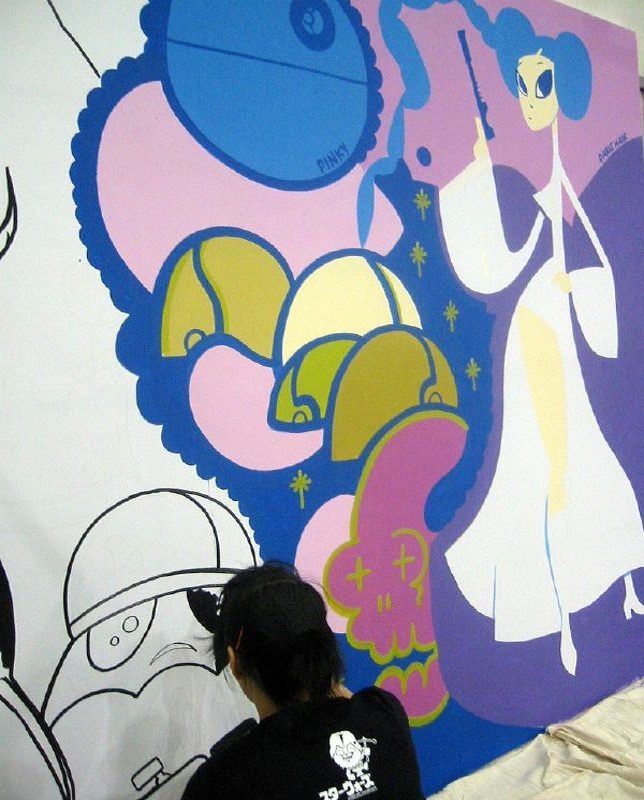 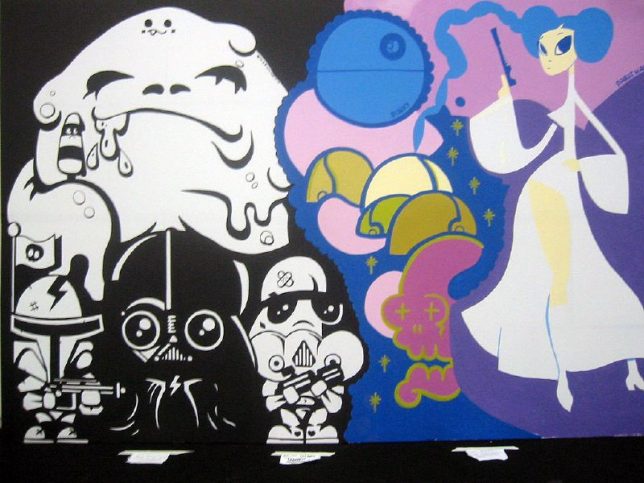 Flickr user Star Wars of The Official Star Wars Blog posted these photos (by Bonnie Burton) of graffiti artists creating an enormous Star Wars mural live at Celebration Europe, held in the UK in mid-July of 2007. We’ll forgive the artists for tinting Princess Leia’s hair blue – at least they got the “cinnamon buns” hairstyle down pat. 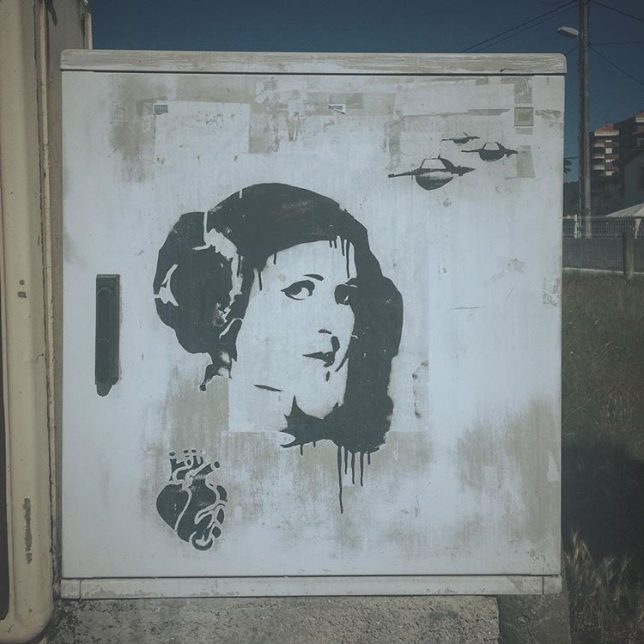 Stark and gray though it may be, this quick & dirty piece of street art is not without heart. Imgrum user @dashingdawg snapped it for posterity in Torrelavega, northern Spain. 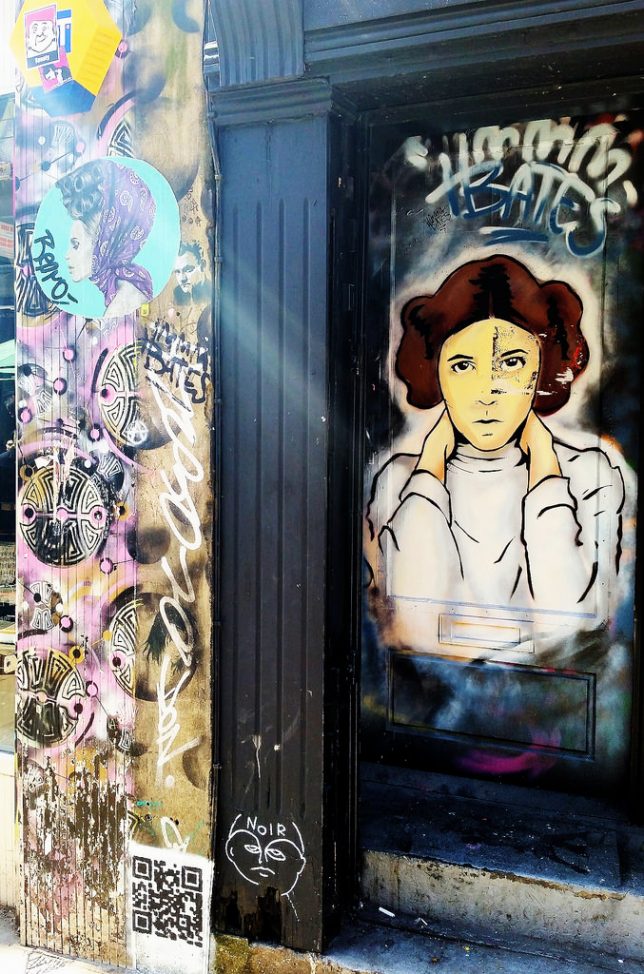 A pensive Princess Leia peers out from a doorway in London’s graffiti showcase of Brick Lane courtesy of Flickr user Viv Lynch, who preserved the scene for posterity on April 12th of 2015.