Love it or hate it, classic manga style lends itself to the above graffiti mural by *EBEE*. Created at the 2012 Livestock arts & music fest at Heatham House in Twickenham, UK, we’re hoping public art this good has managed to stand the test of time. 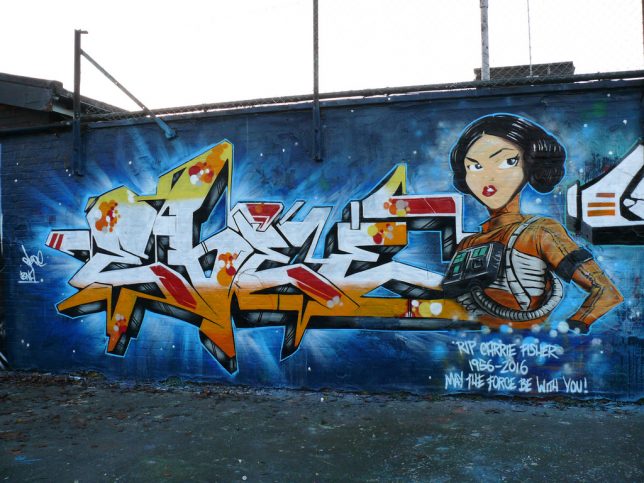 Posted just 3 days ago, this eye-popping composition created in tandem with fellow artist Teaser is a fitting tribute to the uncrowned queen of sci-fi culture. 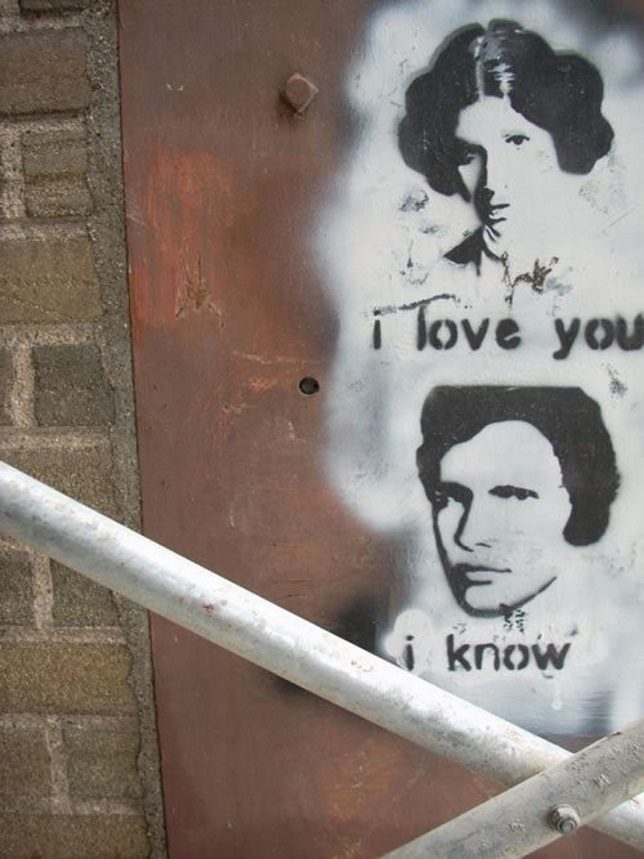 Not only are Star Wars films packed with action, they’ve also enriched pop culture with a plethora of quotable quotes – like the classic call & response above. 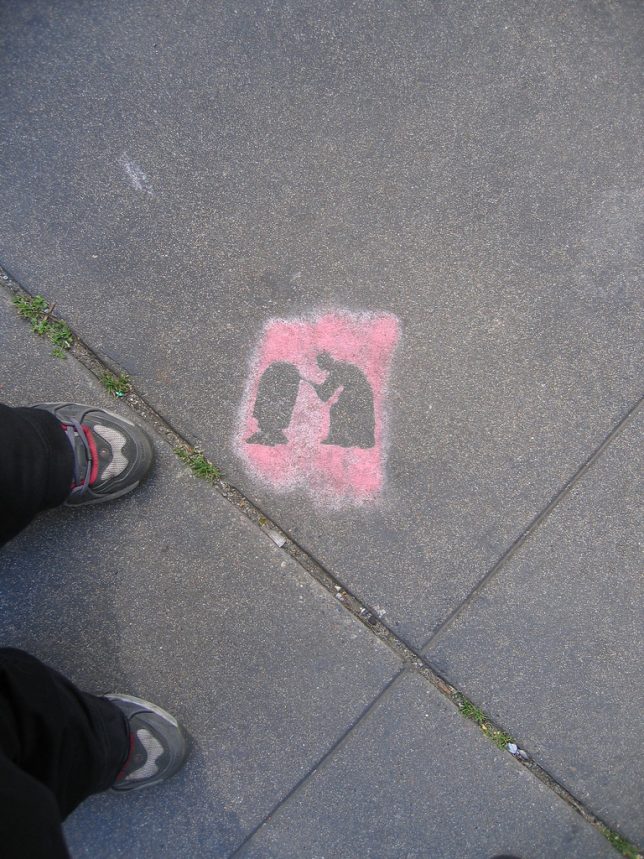 The “Help me, Obi-Wan Kenobi, you’re my only hope” scene from Episode IV – A New Hope (1977), the first film of the franchise, features Princess Leia and R2D2… but you (and everyone else) already knew that. The scene is so iconic, even a rough stencil as noted above by Flickr user neeel (Abulic Monkey) stands on its own. 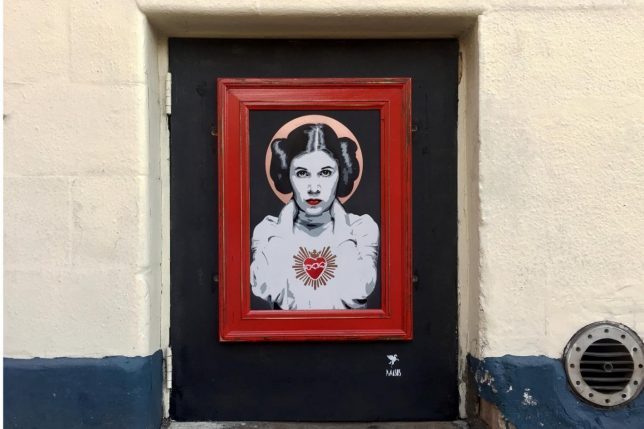 Our final example happens to be one of the most recent – street artist Pegasus painted the above heartfelt tribute to Carrie Fisher’s penultimate role the day after the actress passed away. Located on a door at the Winchester pub in Islington, London, the composition was crafted using spray paint, stencils and a recycled wooden picture frame. 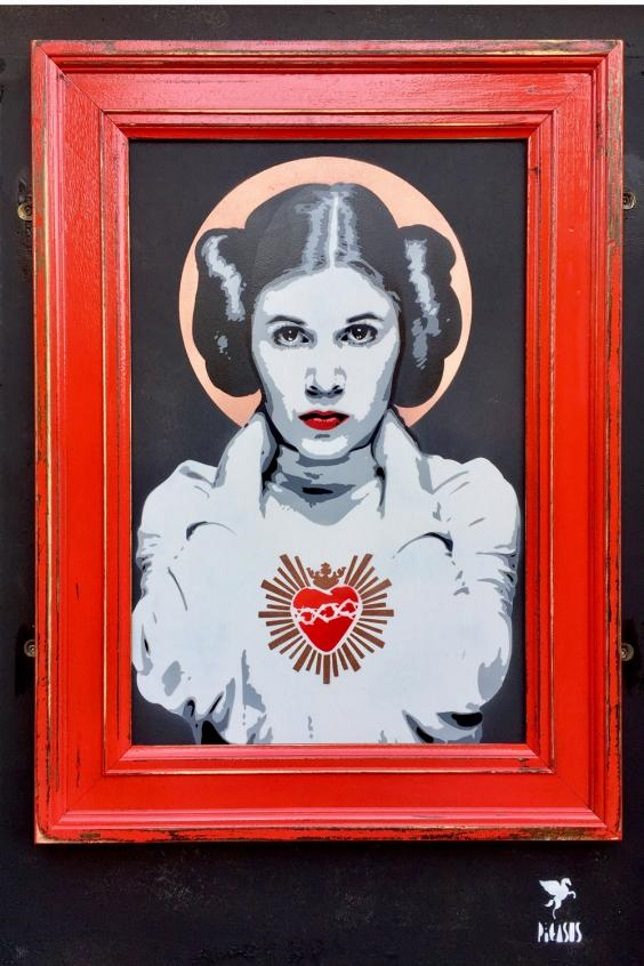 During the approximately 3 hours it took Pegasus to complete his tribute, passersby stopped to observe the process and snap pictures with their phones in a sort of shared expression of paying homage. “All these people that are passing away I’ve grown up with,” said Pegasus. “Every single one is important.”