Down in the dumps? These dozen decorated dumpsters are sure to turn your mood from crappy to happy thanks to their distinctively un-trashy artistic makeovers. 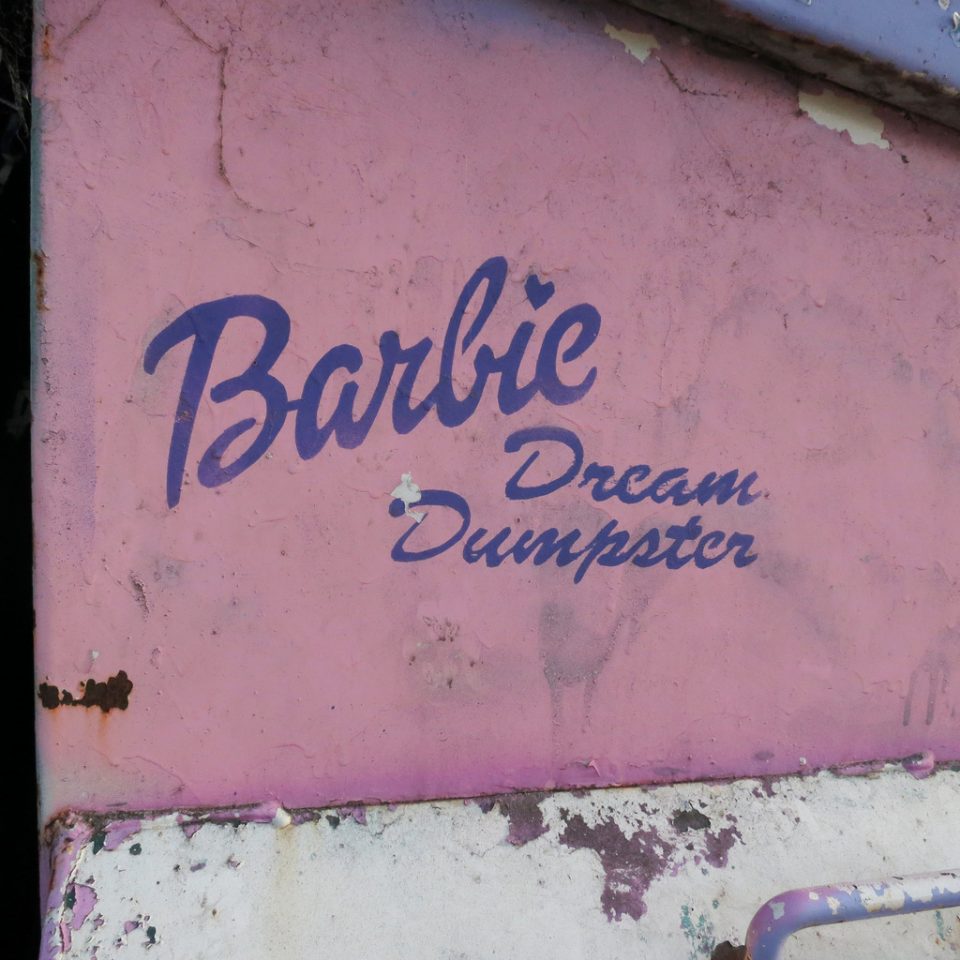 Becoming the pick of the litter, so to speak, when it comes to artistically enhanced dumpster bins is achieved when the artist’s vision is expressed in words as well as imagery. Take the “Barbie Dream Dumpster”, snapped by Flickr member Rusty Blazenhoff in the summer of 2013. Some complementary pastel colors and a Barbie-font stencil were all the anonymous artist needed to create a succinct commentary on the current state of the American dream. Right you are, Ken! 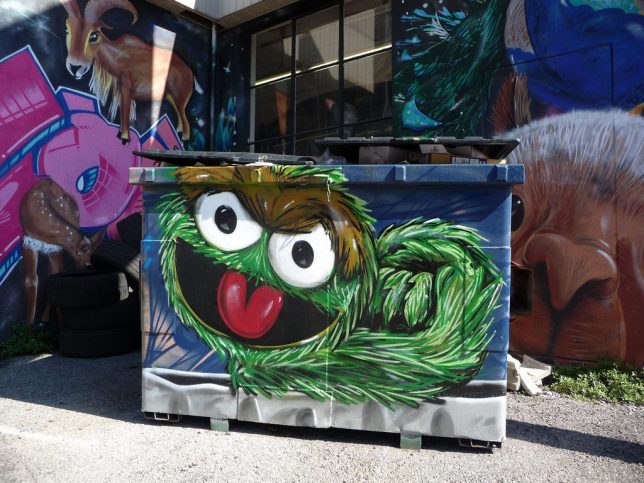 More toward the opposite end of the spectrum is this riveting portrayal of Oscar the Grouch from Sesame Street. Snapped by Flickr member bella (bella.m) in Toronto during the summer of 2015, this “oscar winning” dumpster looks more like a jumbo kids’ toy box than a dolled-up waste depository. Mind you, even the most beautifully decorated dumpsters still stink. 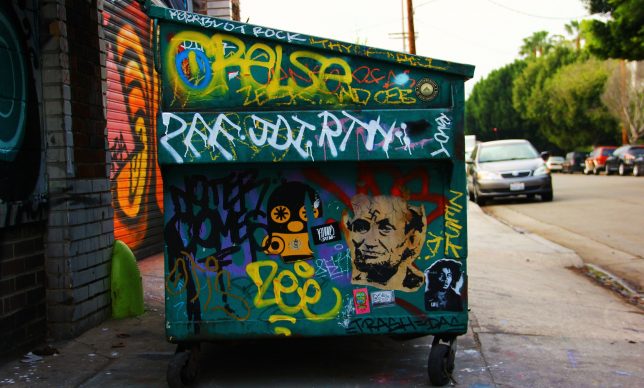 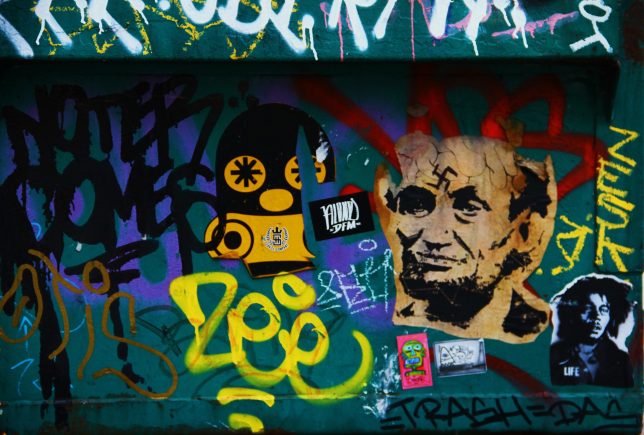 “Anything’s a dumpster if you’re brave enough,” said President Abraham Lincoln like, never. This Los Angeles dumpster features an improbable Lincoln-Manson mashup with a little Bob Marley to add spice. An unknown number of graffiti artists tagging over an indeterminate amount of time results in a unique and unanticipated form of urban expression. 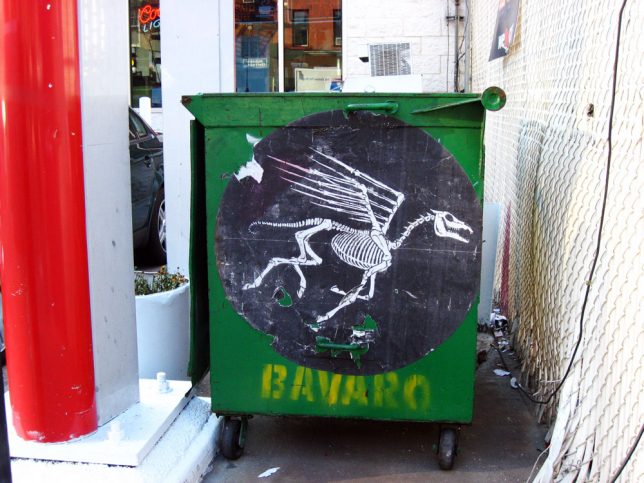 Who can say why this breathtaking skeletal flying horse was pasted or stenciled to the side of a lowly NYC dumpster, or for that matter who’s responsible… we’re just glad it’s there for the wider world to appreciate. Kudos also to Flickr member shoehorn99 for snapping and posting the spectral stallion in late 2006. 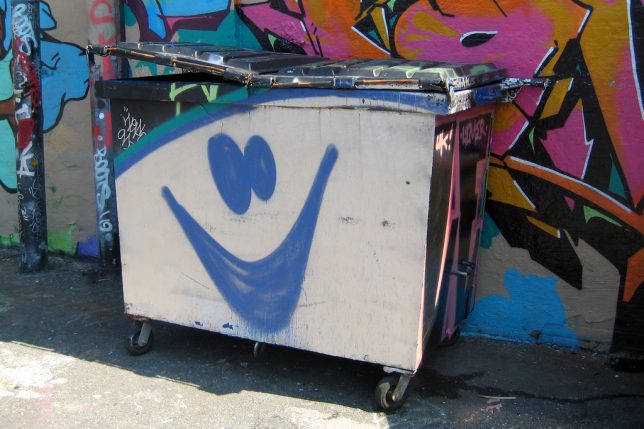 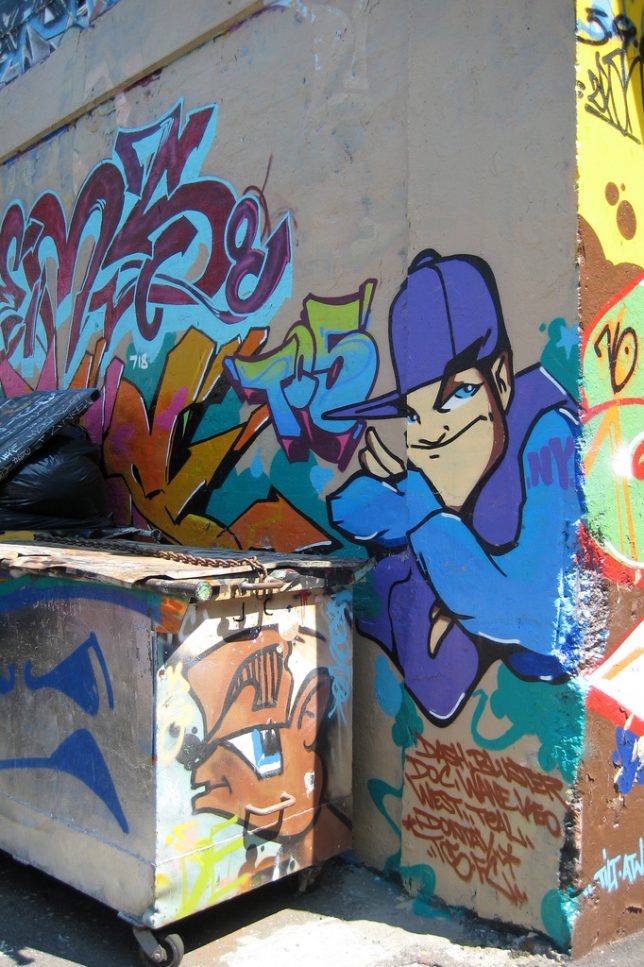 Space is at a premium at 5 Pointz, “the Institute of Higher Burnin'” in Long Island City, NY so not even the dumpsters get a free pass. These minimalist painted dumpsters snapped by Flickr member Wally Gobetz (wallyg) in the summer of 2007 stand out through their comparative “restraint” in the midst of rampant tagging.