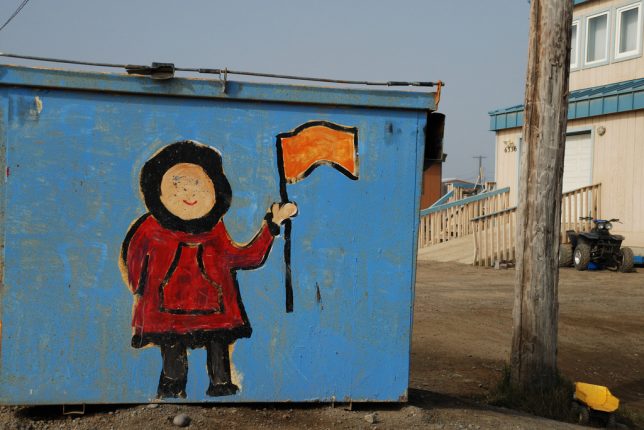 A little northern exposure never hurt anyone and these decorated dumpsters from Barrow, on Alaska’s North Slope, are about as northern as Americans can get without leaving the country entirely. 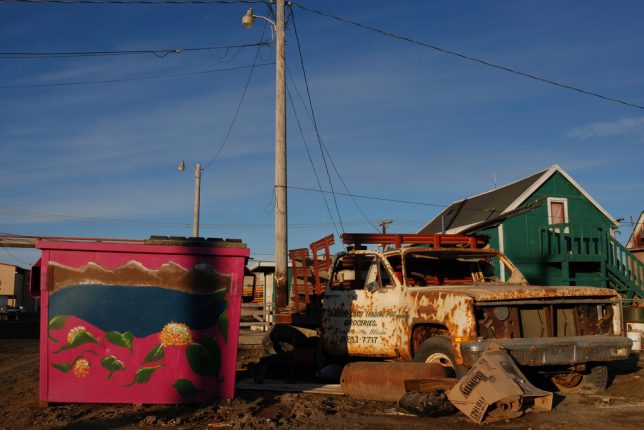 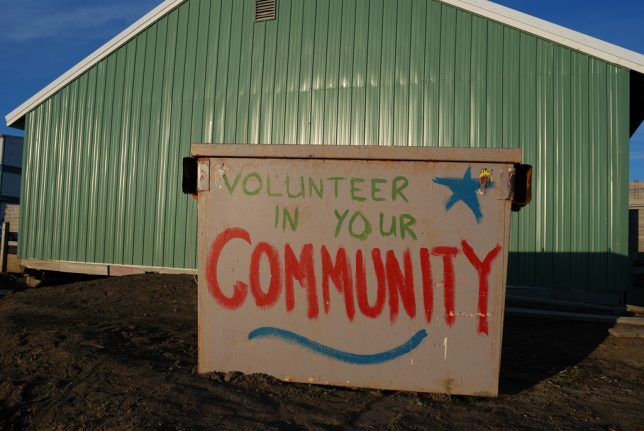 The folk-art quality to these dumpsters reflects the spirit of independence and interdependence that characterizes Alaskans and their towns. Plus, you can always pick out a decorated dumpster in a blizzard to jump in should a wandering polar bear wander a tad too close. Flickr member Andrei Taranchenko (MarmotChaser) snapped these delightful dumpsters on a visit to the 49th state in the summer of 2008. 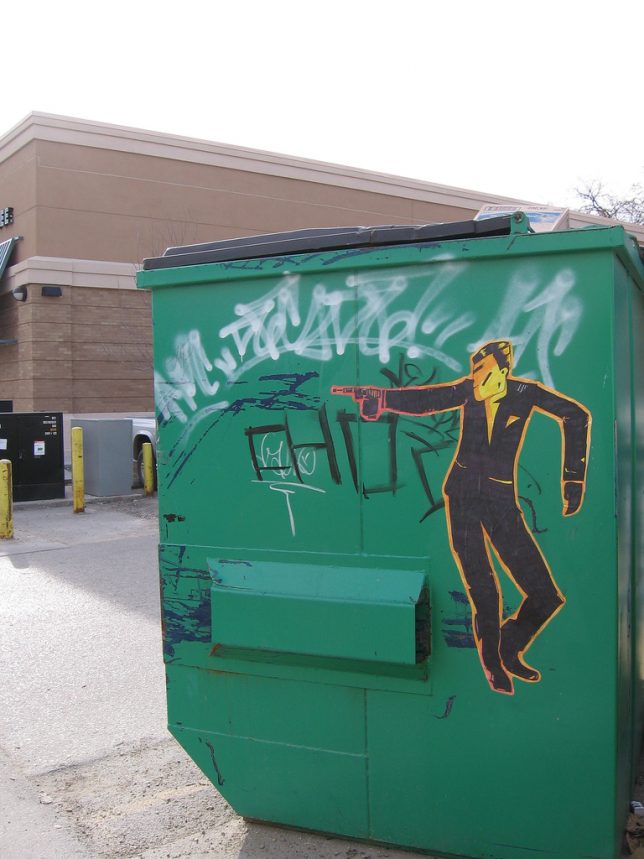 Graffiti spans the spectrum from spontaneous, un-artistic tagging to full-blown works of art that, to paraphrase Indiana Jones, belong in a museum. Then there are those mini-masterpieces, often unsigned and unattributed, that are caught by accident and only then brought to the appreciation of a wider audience. Take this suave gunslinger affixed to the side of a green dumpster in Winnipeg, Canada. “I took a close look, and it turns out he was done entirely with markers. Really cool,” states Flickr member Allan Lorde (El Negro Magnifico). We agree, without anyone having to hold a gun to our head. 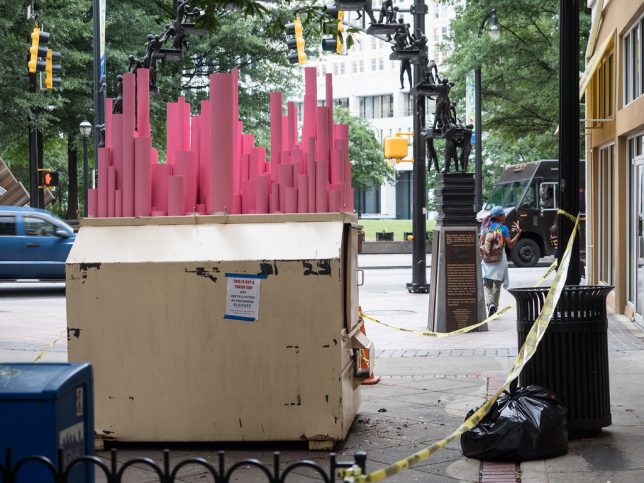 “Elevate 2014 starts this Friday, October 17, 2014. Part of this year’s City of Atlanta sponsored event will be art installations created in dumpsters,” states Flickr member BurnAway, and that’s not to say the art is garbage – anything but! 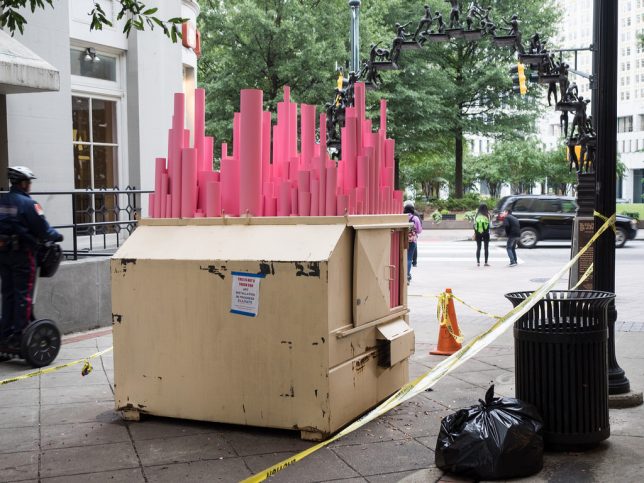 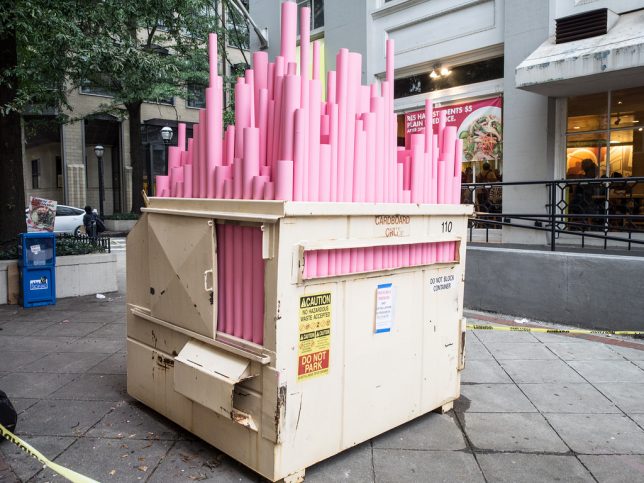 As cool as this dumpster looks sprouting a forest of tall pastel pink tubes, the art tends to displace the dumpsters’ designed purpose: being a temporary repository for discarded junk. Where will Atlantans toss their trash in the meantime? Didn’t think that part of it through, did you, City of Atlanta? 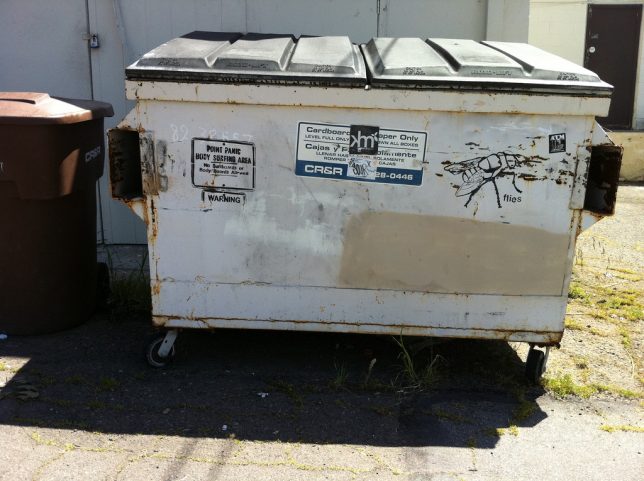 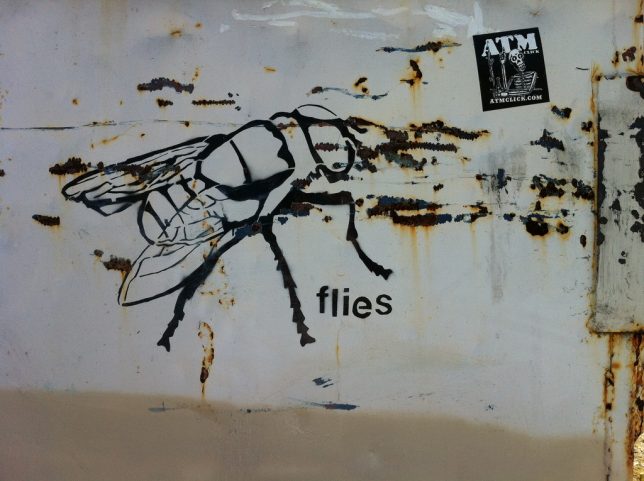 From the Department of Redundancy Department (actually Flickr member JulieFaith) comes this understated yet thought-provoking stencil. Could this a warning, a prediction, a contents label… let’s go with “all of the above”. Note the later addition of a sticker from an online skateboard equipment and accessories shop, stuck on the dumpster because… well, why not? Advertisers gonna advertise. You’ll find this buzz-worthy dumpster in San Clemente, CA. 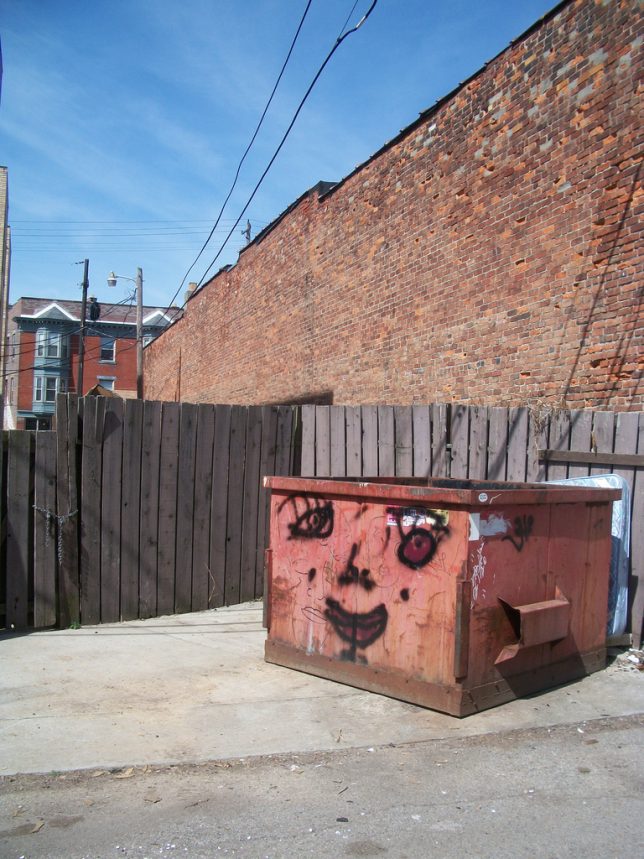 The loneliness of the long-distance dumpster… as seen in faraway Columbus, Ohio and captured for posterity by Flickr member It’s tea on February 9th of 2008. While not “art” in the typical sense, this crude yet compelling portrait evokes any number of emotions ranging from hope to despair. Talk about being down in the dumps but hey – even a rusty dumpster has something to smile about.