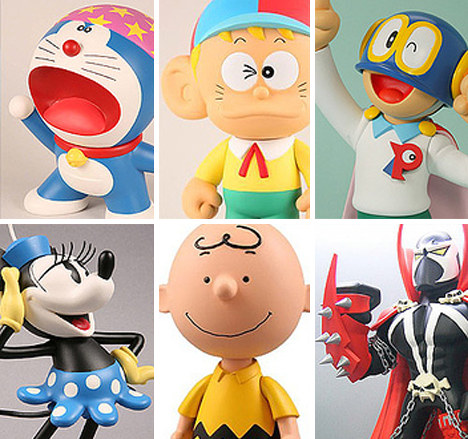 Current collectors and new comers awed by the artistry and detail of vinyl figures are always on the lookout for new and interesting additions to their collection. Urban Vinyl collections are home to diverse figures from movies to comic books and even original creations straight from the artist’s mind. Here are some of the internet’s newest and hottest additions to any vinyl collection. 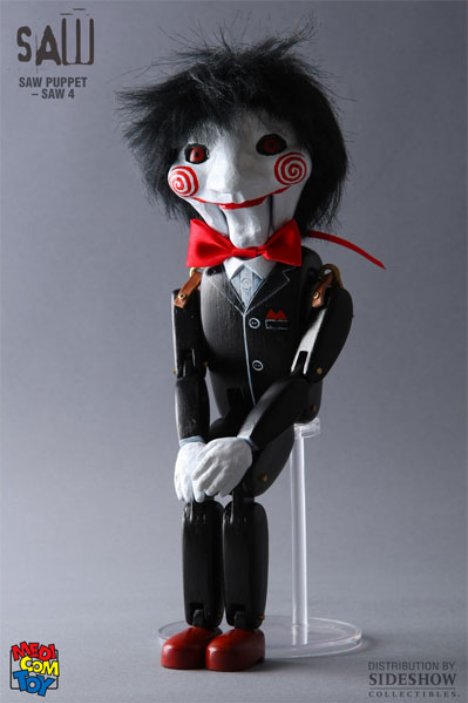 Jigsaw wants to play a game with you! The diabolical puppet used by serial killer Jigsaw from the movie series “Saw” features articulation in each joint, just like in the movies! Freak out your friends or spice up your collection with this 9.5-inch vinyl figure! 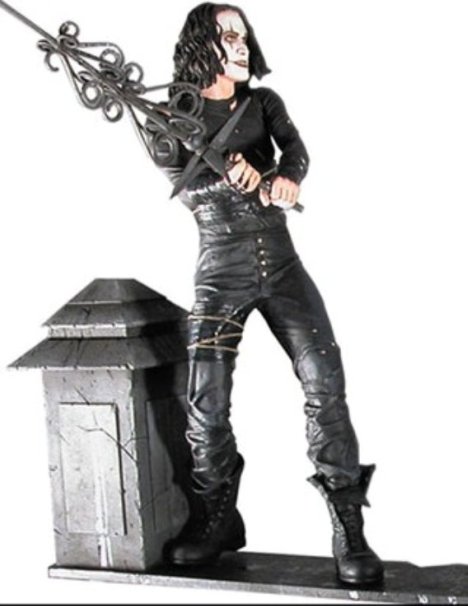 This Eric Draven vinyl figure was created in honor of Brandon Lee’s final performance in the gothic-action classic, “The Crow.” Both a love story and a ruthless thriller, “The Crow” was Brandon Lee’s magnum opus; a new superhero who felt more dark than good! This figure comes posed in memory of the epic final fight scene of the movie. The detail of the figure is incredible, capturing every facet of the derilict, undead hero, right down to his vengeful smile! 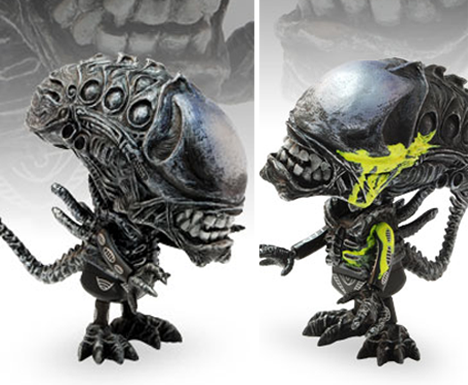 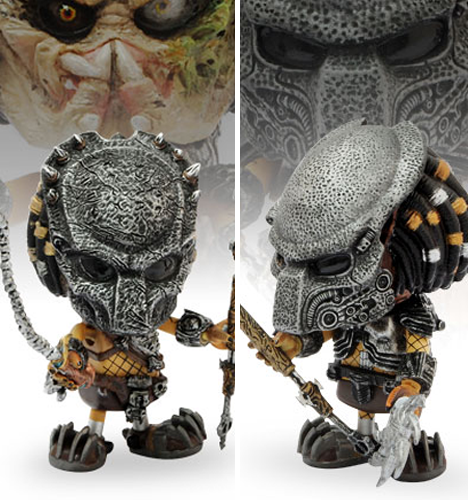 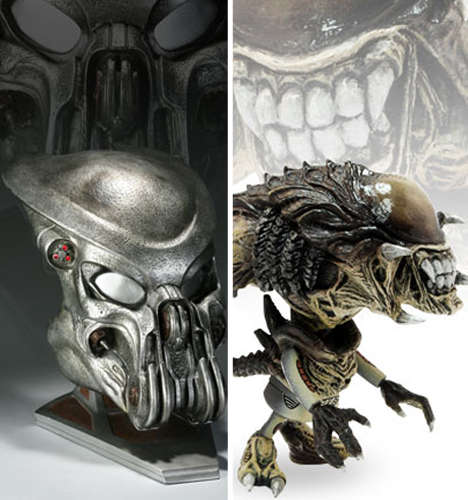 Hot Toys presents their Alien Vs. Predator – Requiem Cosbaby line of vinyl collectibles. These gruesome but loveable figures represent various alien and predator characters from the movie, but in baby form! What could be cuter than a battle-wounded baby alien? There are six to choose from, including the vicious predalien crossbreed! 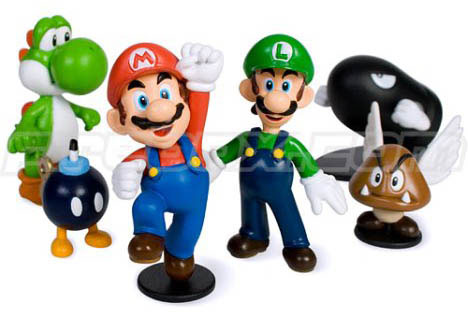 Sure to attract smiles from Nintendo nerds everywhere and add a classic tinge to your vinyl collection, these Mario figures hail from the days of NES! Sold in pairs, the entire collection is available from Firebox UK! Show Bowser who’s boss all over again with these iconic characters. 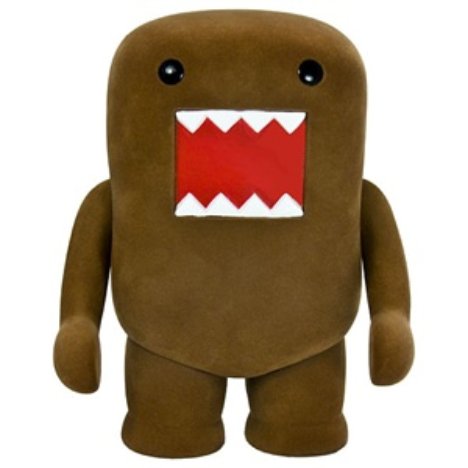 Domo-Kun, the loveable furry creature from Japan’s NHK TV Network, gained popularity in America on Nickelodeon in 1996! Since his arrival, Domo-Kun has gained fanfare from Internet sites such as NewGrounds.com, to Hot-Topic tee shirts, to video game appearances. Now your Vinyl collection can feature this rare figurine, limited to only 1500 pieces worldwide! 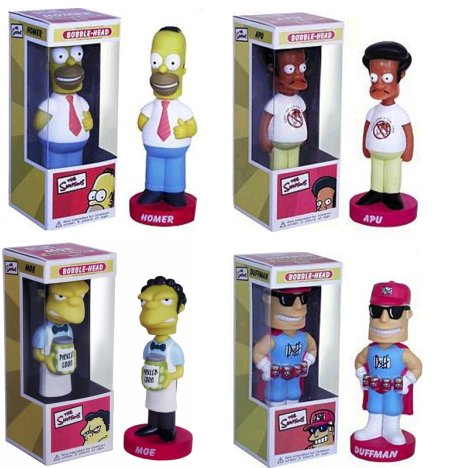 It’s hard to think about the 90s without remembering TV’s longest running animated sitcom, “The Simpsons.” Now you can recreate your favorite episodes with these lovable vinyl figures of the characters that ruled a decade of television! Perhaps the most fun thing about these toys is that they are bobble-heads! Crack open a Duffs beer and collect the entire legendary family! 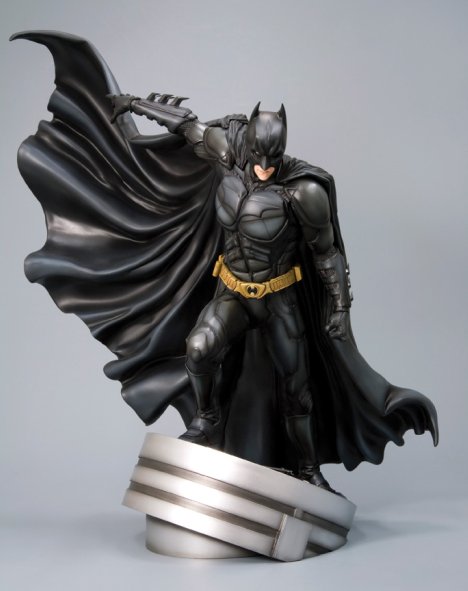 Perhaps the most prolific superhero movie of the past decade, “Batman: The Dark Knight” captured the hearts and minds of millions of moviegoers around the world! Legendary performances by Christian Bale and the late Heath Ledger dazzled audiences and garnered awards from the academy. Now you can own a small piece of the legendary film with this stunning recreation of “The Dark Knight’s” Batman! 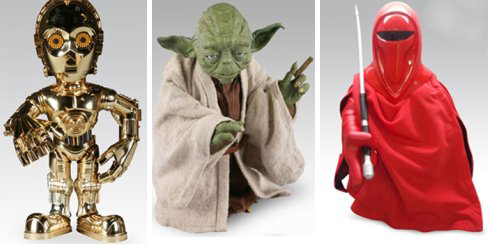 Add a touch of the force to your Vinyl collection! Modeled after characters from the epic sci-fi trilogy, this set of collectable Star Wars vinyl figures will excite your inner Jedi! Reenact your favorite scenes or simply display them in a proud declaration of your love for the movies that defined a generation! Don’t turn to the dark side, collect these figures and defend your empire today! 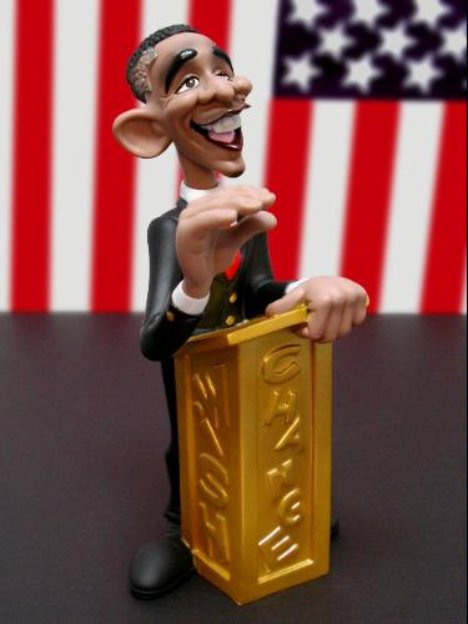 The election of Barack Obama was a historic event for this country! Featured in satirical fashion upon a podium displaying “Change”, this vinyl collectable helps commemorate this milestone in America’s government.