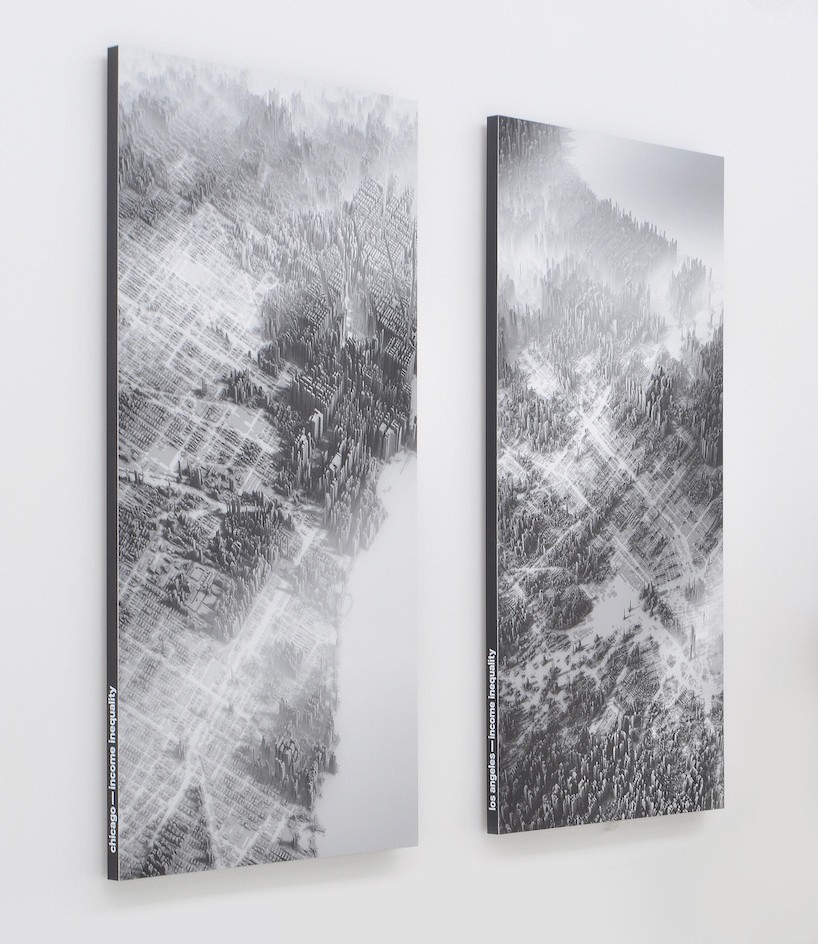 The city grids form a recognizable backdrop for these axonometric representations, allowing viewers to read the baseline built enviroment against the overlaid information. In turn, the millions of stacked pixel blocks end up forming an alternative landscape of skyscraper-like structures in the urban environment. 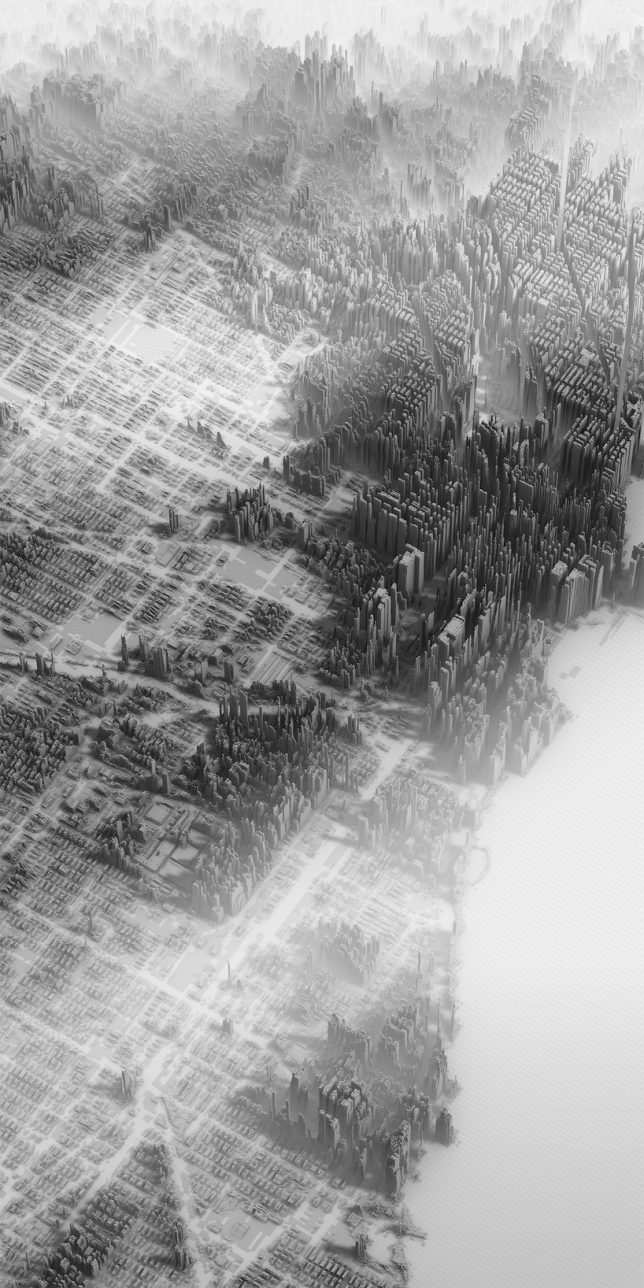 The net result is a map of the city’s invisible patterns and correlations shaped by power, money and time, revealing inequalities and mechanisms of segregation. Above: Chicago’s infamous low-income South Side (with Lake Michigan for reference). Below: poor areas of Los Angeles located directly next to the downtown core. 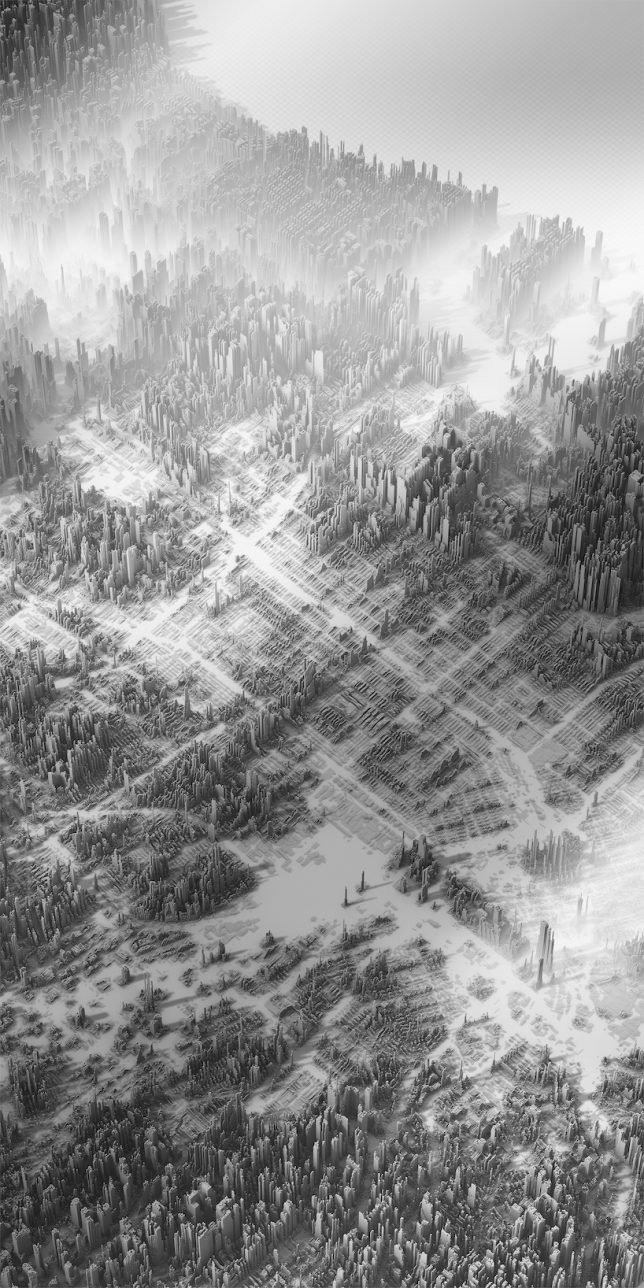 The final presentation was mounted on a pair of wooden boards with the city names shown on the cites, exhibited at the Glasgow School of Art graduate show. Captions on the side give more details on the diagrams. 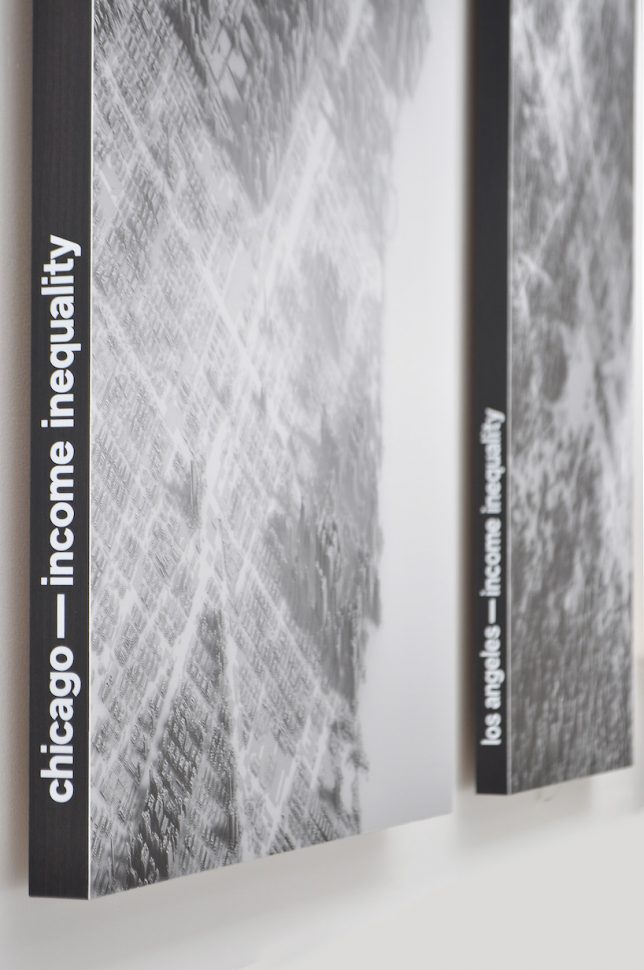 From the artist/designer: “The two large prints (150x75cm) are visualizations of income inequality in Los Angeles and Chicago and are currently shortlisted for the Information is Beautiful Awards. They are printed on matte Somerset Velvet paper and mounted on thick wooden boards. The images are abstract diagrams of these cities that show a high resolution matrix of blocks. The height of these blocks corresponds to the income in the respective output area.” 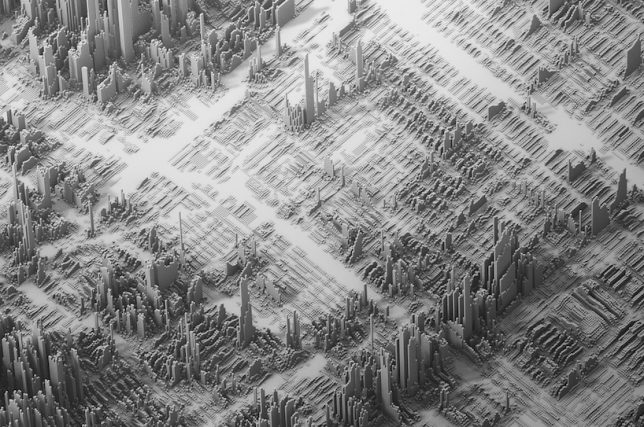 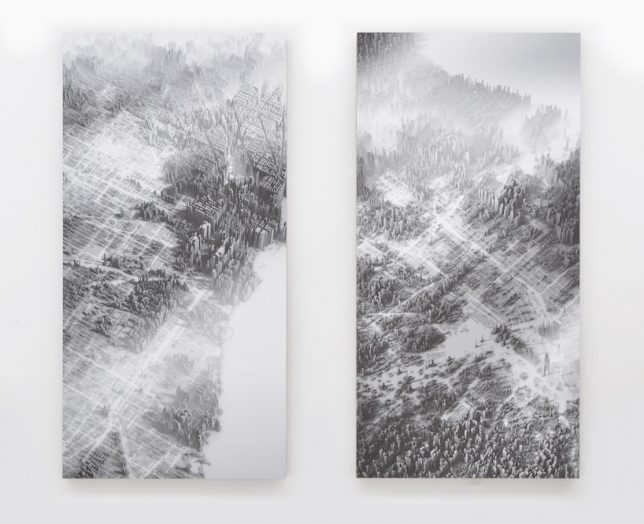 “It is part of the design idea to inspire the viewer to look for their own neighborhood or other areas that interest them. I want to trigger a train of thought for what the reasons behind inequality might be. I am always fascinated by the patterns and correlations in the urban fabric. The politics behind urban planning tell us a lot about the people who live in these places and the powers who shape them. I think that it is utterly important to try to unveil the inequalities and the segregating mechanism that we got used to live with.”