If you’re a fan of comic books, action figures, or are generally a geek, then you’re probably already aware of Urban Vinyl – the art of collecting vinyl figures. These figures, though referred to as ‘toys’ aren’t meant to be played with, and are really more art than toys. Here’s a look at some of these incredibly cool (and sometimes creepy) vinyl collectibles.

Made by Monsters – “Grin” Figure 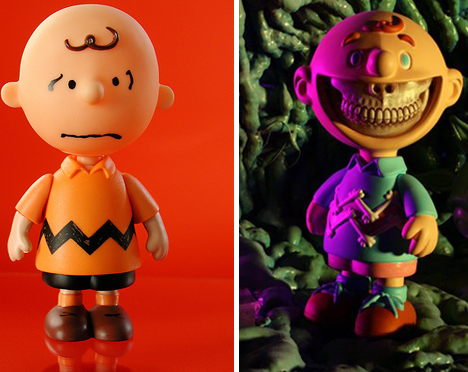 Though inspired by one of the most lovable cartoon characters from the 50s, this version of Charlie Brown possesses none of the original’s charm and is utterly horrific, but for some reason still desirable. To be released on January 13, 2008, this figure will finally make you stop wondering why Charlie Brown always had the worst luck. 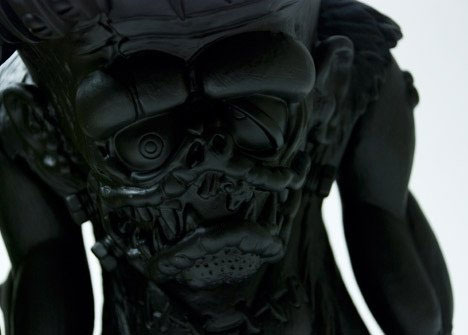 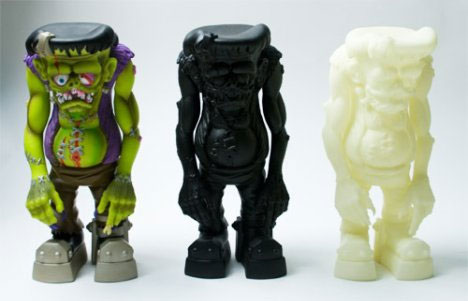 Created by Johnny Ace & Kali, “Franken Fink” is one of their most detailed vinyl figures and it doesn’t disappoint. Standing at 18 inches tall, this custom airbrushed figure was supposed to be released just in time for Halloween but was unfortunately delayed till November 31st and is already sold out. 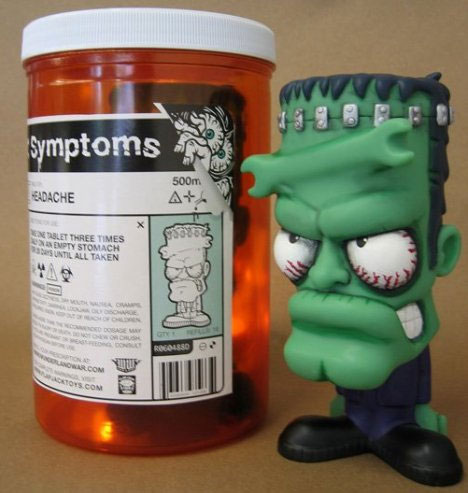 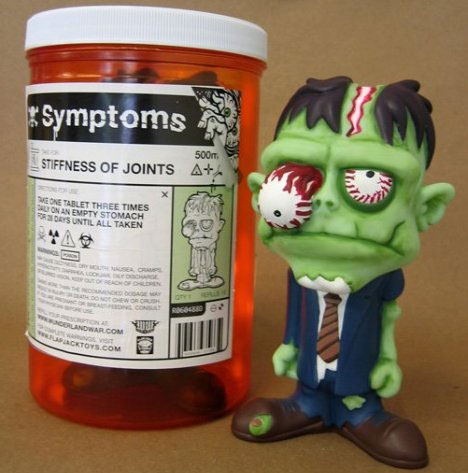 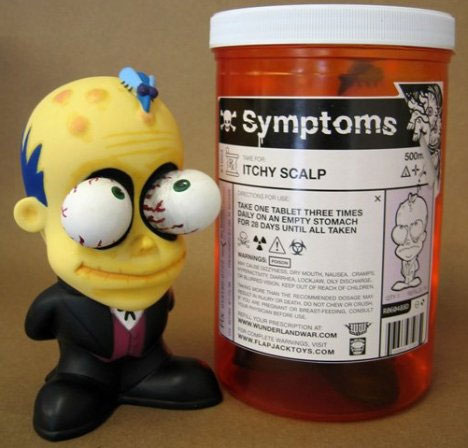 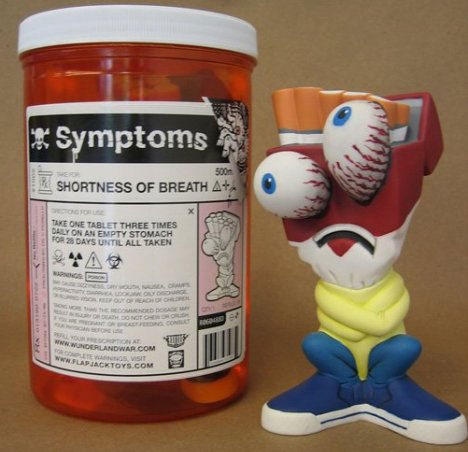 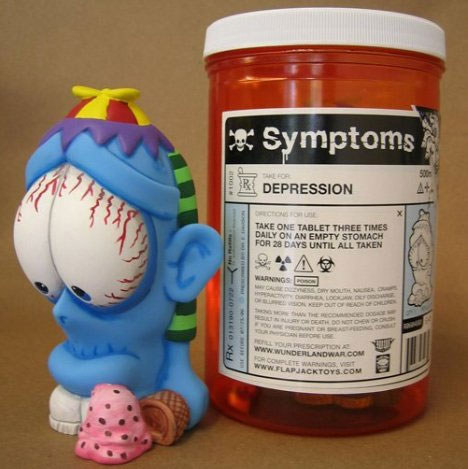 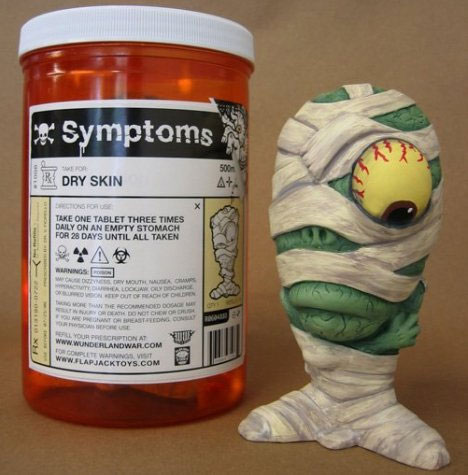 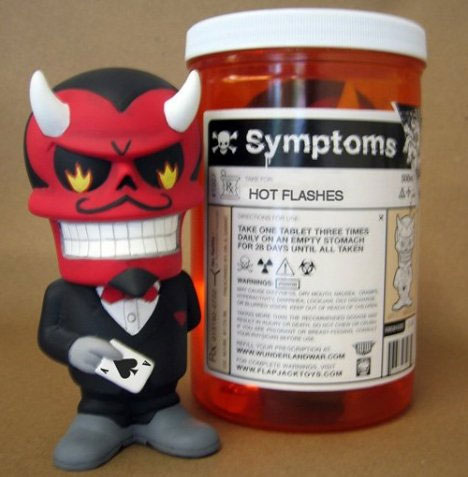 From the creator of FunKo Wacky Wobblers comes this new urban vinyl “monster in a pill bottle” collection called “Symptoms”. Each monster stands 6.5 inches tall (and comes in a 7.5 inches bottle) and has his own problem declared on the bottle along with prescription directions. 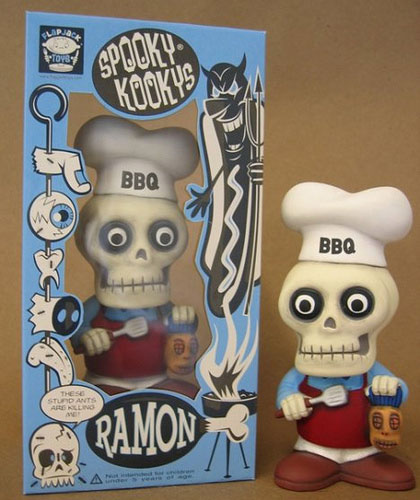 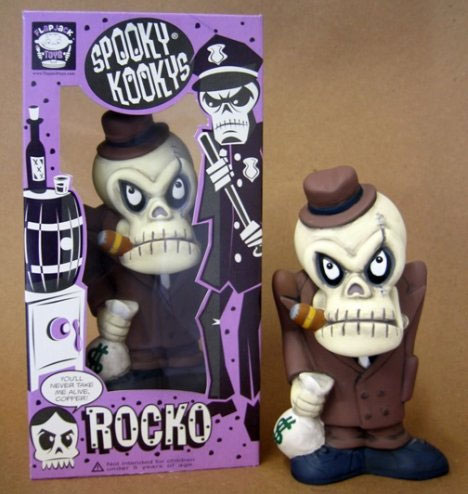 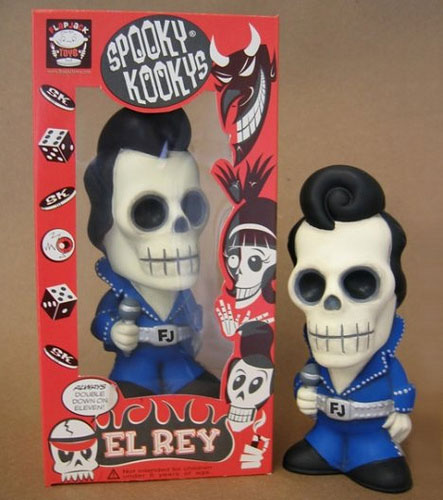 Another collection from Mike Becker’s (formerly of FunKo) new company, FlapJack Toys, The Spooky Kookys are a collection of ghoulish monsters that form a creepy yet oddly giddy crew. El Ray, Ramon, and Rocko are menacing enough that you want to play nice, but not so menacing that you don’t want them at your bachelor party. 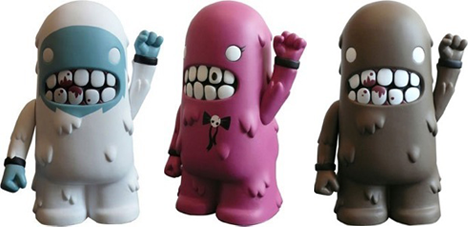 A collaboration between Patch Together and Nevermore has resulted in these ferocious yet adorable Yetis. The Yetis come in three editions – Abominable Edition, Woodland Edition and the Spare Rib (Yeti Girl) Edition, and are all equally awesome (and love cake from what we’re told). 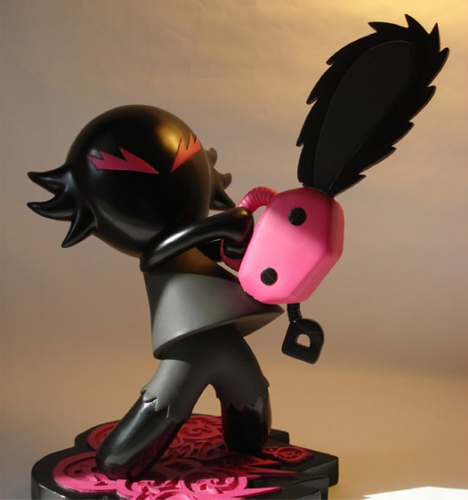 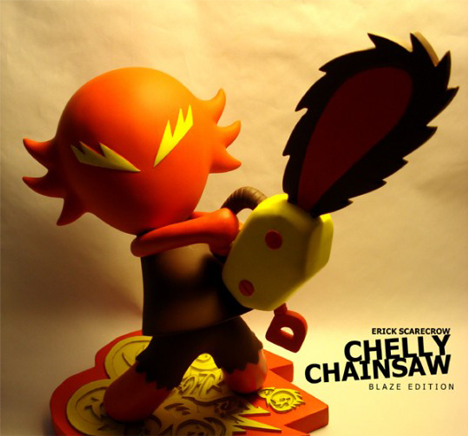 “The blood will run” said Erick Scarecrow while unveiling a sneak peak at the Chelly Chainsaw figures, and now that we have a complete look at both editions, you know what he meant. Unfortunately you’ll have to make do with drooling at these pictures because both figures were made in extremely limited amounts (4 produced, only 2 each sold). 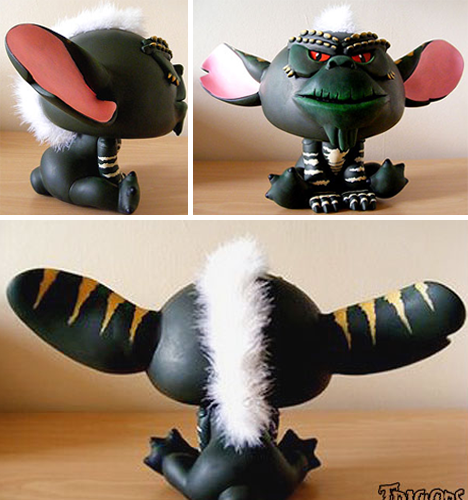 Tripe from Triclops Studio is based on a combination of Stripe (the bad guy from the Gremlins movie) and Stitch (the antisocial ‘626’ from Lilo & Stitch). Definitely check out the work in progress image set from the studio.