At what point do modern extensions to historic structures surpass and overwhelm the original buildings rather than complementing and enlarging them? Contrasting architectural styles can be a tricky proposition, especially in preventing the addition from looking dated or outshining the historic buildings. In some cases, these modern renovations successfully preserve the originals while bringing something fresh and new, while others fall on their faces. These examples represent both extremes, and a few in between. 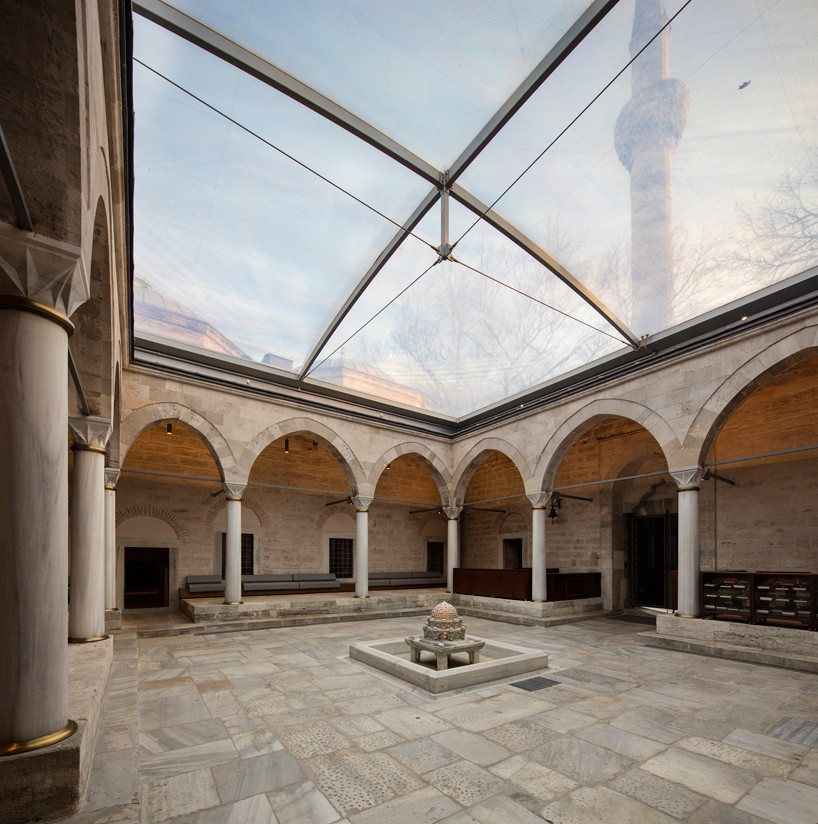 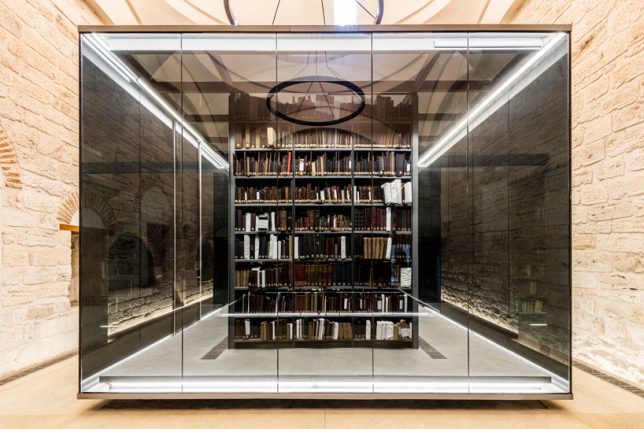 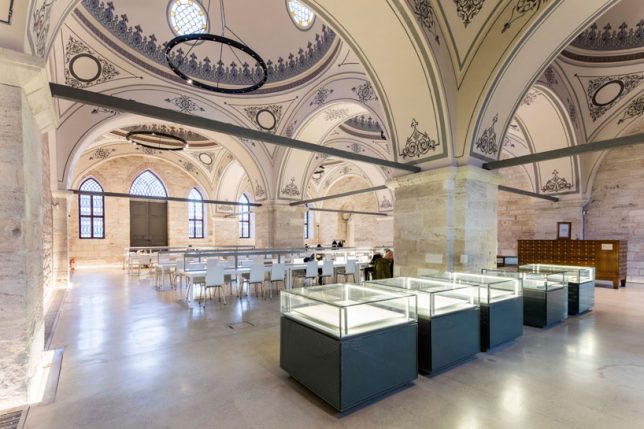 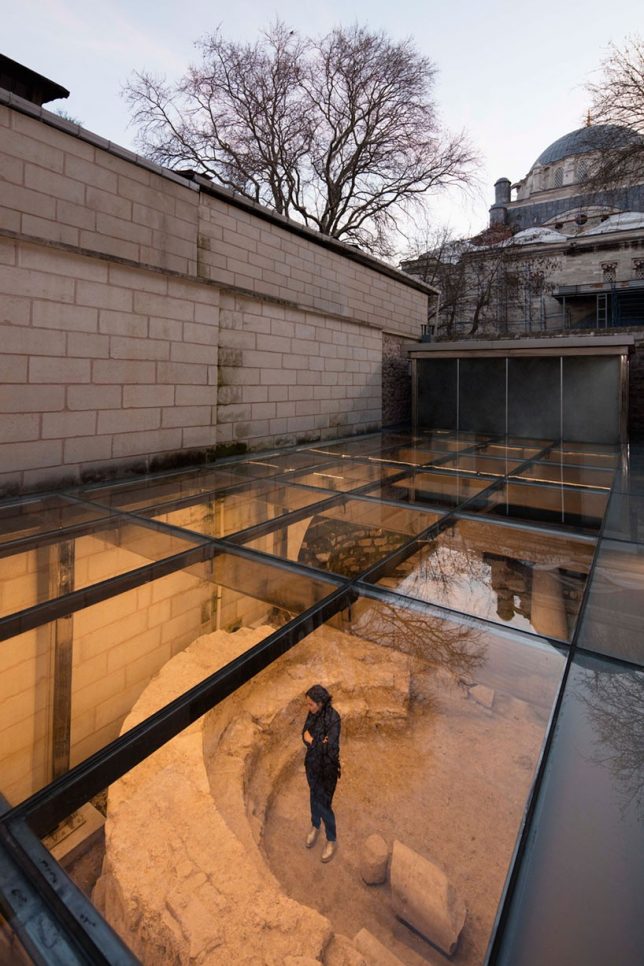 In restoring Istanbul’s Beyazit Public Library, which dates back to 1501 and holds a collection of rare books, Tabanlioglu Architects took a minimal-intervention approach, inserting glass boxes to protect its most precious volumes and adding transparent membrane structures to cover the courtyard. A modest extension on one end of the building remains respectfully within scale of the original architecture in order to complement rather than outshine it. Contemporary lighting, support beams, modern furnishings and glass display cases contrast subtly with the traditional surfaces. 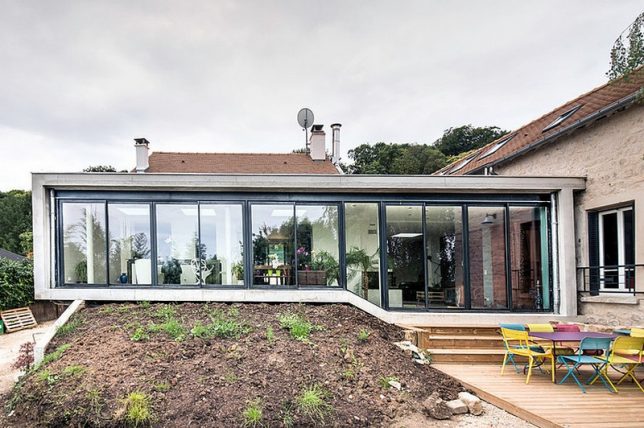 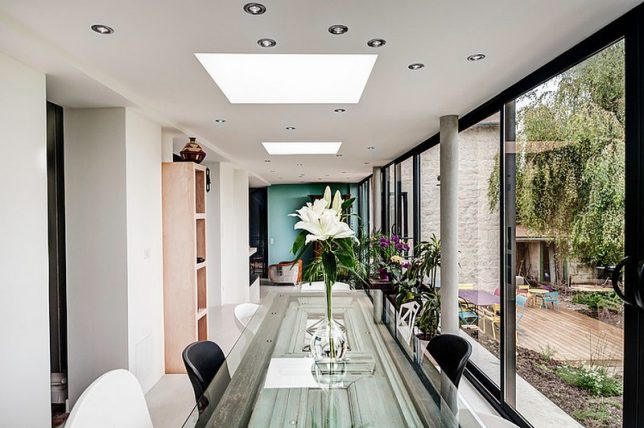 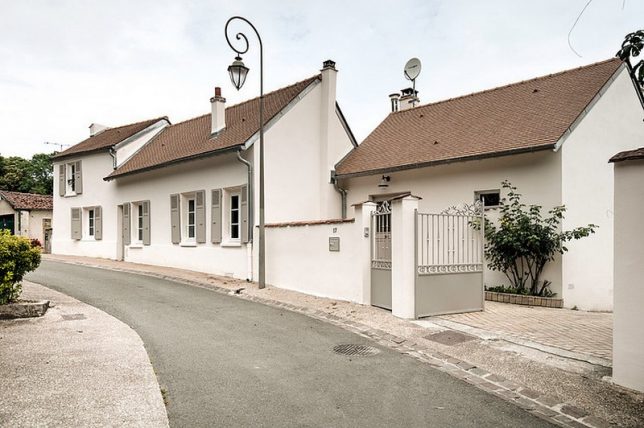 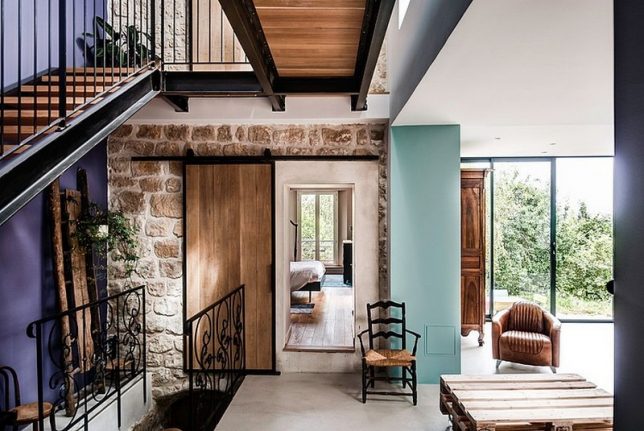 Three historic homes come together into a single residence with the addition of a modern volume for ‘House in Vexin’ by Jean-Philippe Doré. The existing buildings were renovated in the vernacular style of the French village, while the glass and steel contemporary volume offers a deliberate (but not overbearing) contrast. From the street, only the historic buildings can be seen, the addition tucked out of sight. 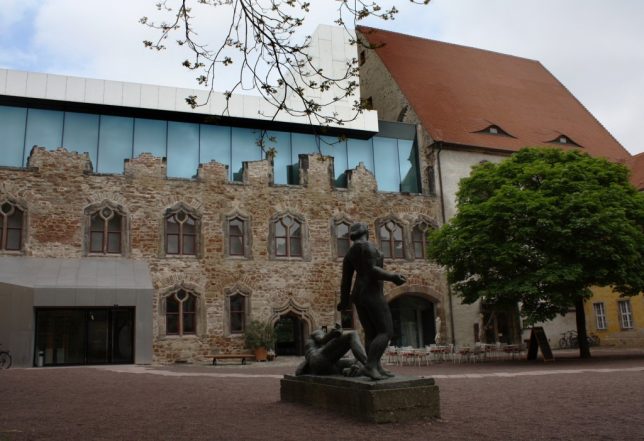 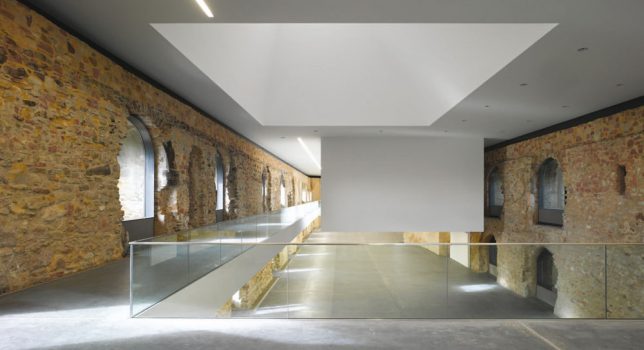 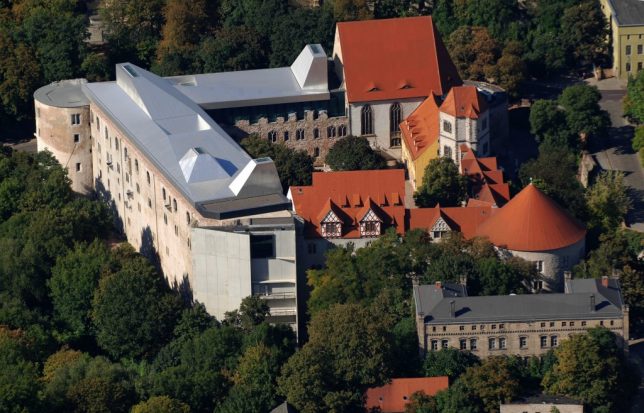 The 15th century stonework of a ruined castle in Halle, Germany, ends up providing a striking envelope for a new structure by Spanish studio Nieto Sobejano Arquitectos, which is simply inserted inside. The extension provides a new roof for the formerly open-air ruins, and suspends a new floor from the center to add exhibition space without installing columns in the main gallery. The angular geometry of the roof adds additional space as well as skylights. At night, the glass insert shines like a lantern. Now the Moritzburg Museum, the building holds an important collection of modern art. 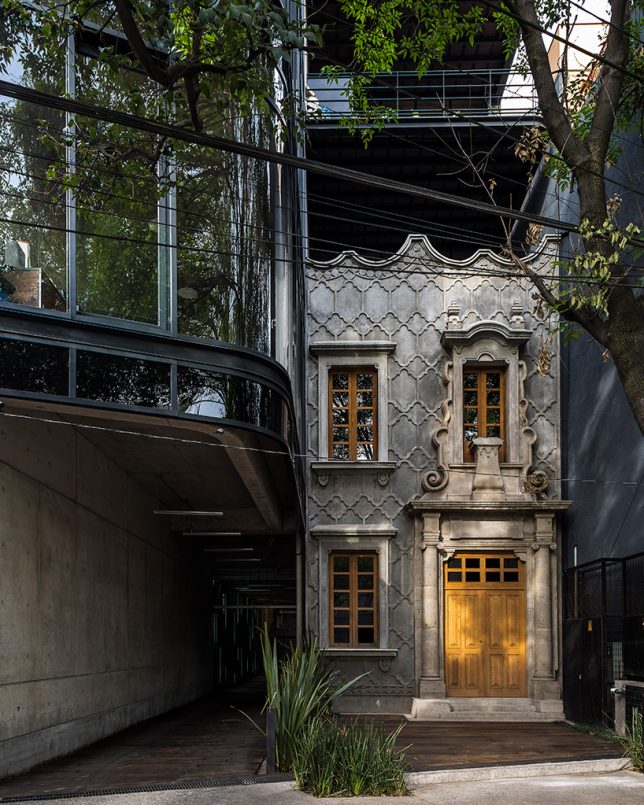 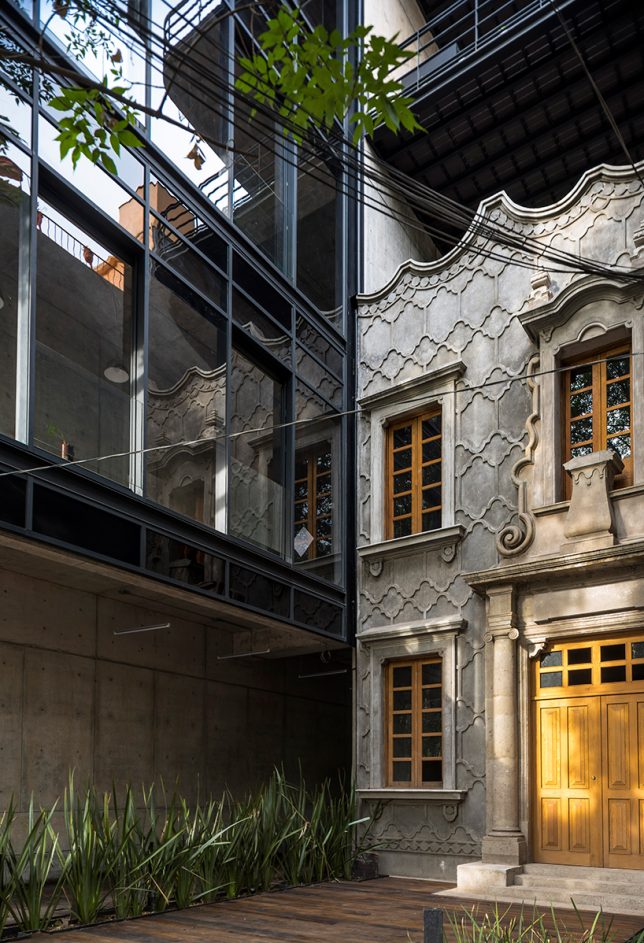 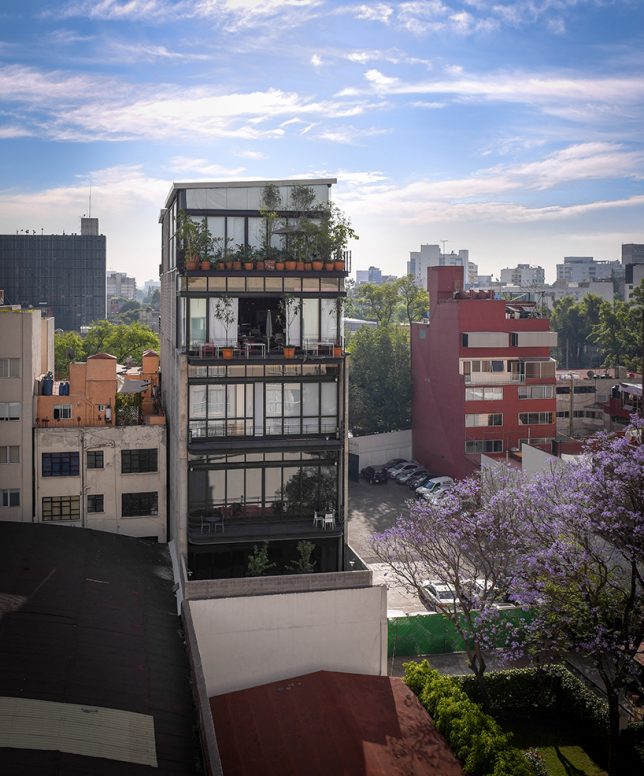 Sonora 113 can’t really be called an extension, considering that the new section literally towers above the original. It’s more a case of a historic facade that has been integrated into new construction to preserve some of the neighborhood’s character. The architects worked around what was once a modest yet beautiful home, the towering addition rising many stories into the sky and curving around the facade to meet the sidewalk. It raises interesting questions about what constitutes historic preservation – though if the building had been more culturally significant, it likely would have been saved to stand on its own, and this project likely prevented it from being torn down altogether. 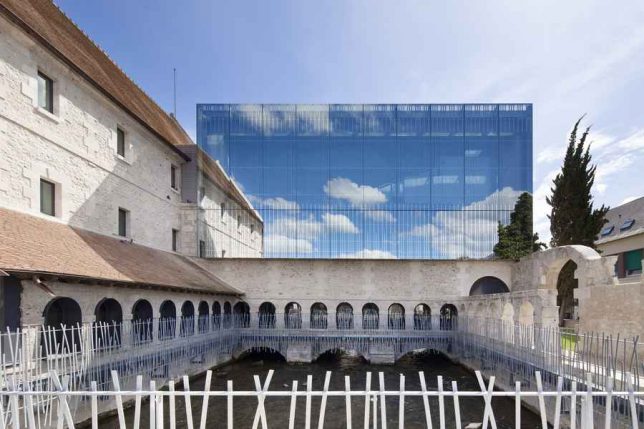 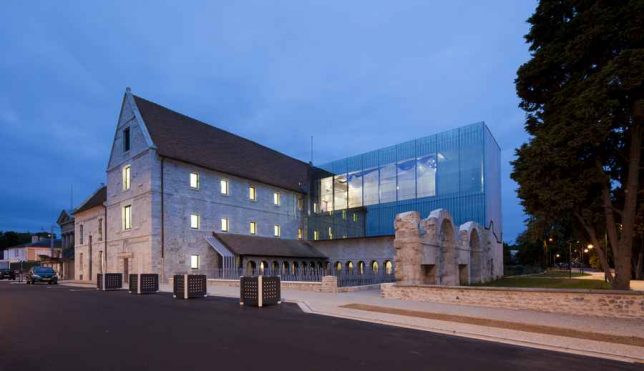 First built in 1646, this historic stone building in Normandy served as a monastery, church, tribunal and prison before its transformation into a music school in 1990. Opus 5 Architects were tasked with extending space for the school and shedding all of its prison elements without allowing the new structures to overwhelm the old. The result is a series of reflective glass and concrete panels that manage to blend in with the original materials, complementing and multiplying them.