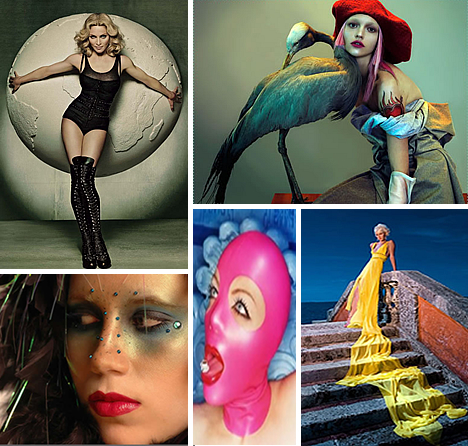 Success for models, celebrities, advertising campaigns, and entertainment all depend upon being well-liked by the masses. Their rise to popularity can influence society and change cultural tastes, but it is often the fashion photographer who moves behind the scenes to make it happen. Fashion photography is much more than headshots, but fashion, clothing, jewelry, cosmetics, anything photographed to advertise and to sell. These photographers emphasize staging the shots, elaborate poses, and exotic backdrops to peak the public’s interest, increase sex appeal and sell their final product in magazines, TV, movies and even the Internet. Their art of eye-catching has transformed fashion photography into an outstanding art form. Here are 16 model and advertising fashion photographers. 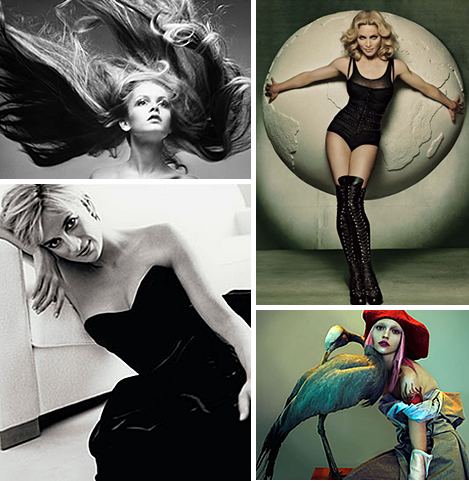 Legendary Richard Avedon was one of the fathers of modern-day fashion photography. He captured model Twiggy in the upper left photo. Steven Meisel is one of the most iconic fashion photographers of all time and models aspire to be photographed by him. Meisel has photographed every cover of Vogue Italia since 1988. In the upper right, Meisel shot Madonna for the 2008 Vanity Fair cover and won for image of the year. Mario Testino is best known for his highly polished and exquisitely styled photographs that manage to carry a deceptive air of nonchalance. Testino captured many images of the late Diana, including the Princess of Wales’ famous Vanity Fair cover in 1997. In the bottom right picture, Mert Alas and Marcus Piggott show off their vivid image with deeply saturated color and textural depth. Mert and Marcus are not only famed fashion photographers but also masters of digital manipulation. 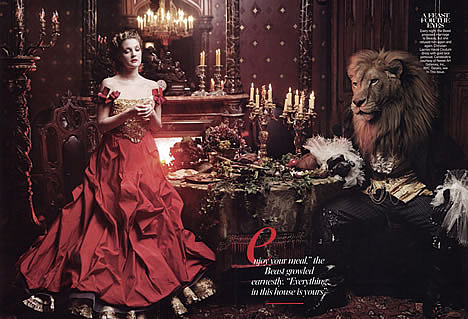 Annie Leibovitz is a formidable force in fashion photography. She is known for capturing a piece of personality in each shot. The above photograph was taken by Leibovitz for Vogue, starring Drew Barrymore in Beauty and the Beast. It is indeed as the magazine states, A feast for the eyes. 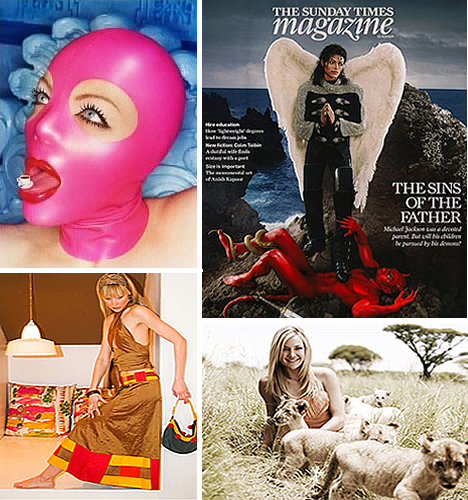 David LaChapelle as an artist, a fashion photographer, seems to like to keep people talking even if the comments are not always complimentary. He is a dynamic force in his field. The top left advertising photo was taken for Lavazza. The top right, of Michael Jackson as an archangel, showcases LaChapelle’s digital skills as he had never even photographed Jackson, but still managed this picture as a tribute. The bottom two images were shot by German fashion photographer Peter Lindbergh. Linnea for Little Nikki is on the left, while the photo on the right was shot as an advertising campaign for Kate Hudson in Africa. 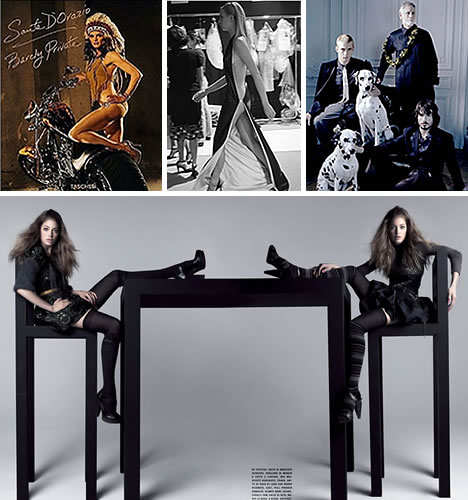 One of the most important image-makers working in the area of fashion photography today is Sante D’Orazio. D’Orazio’s signature style is a unique blend of advertising and art. His sexy campaigns includes works for clients such Victoria’s Secret. The top two left pictures were taken by D’Orazio. Although the upper right photo is more mellow than most of her pictures, Sophie Delaporte has a painter’s eye. Her keen sense of color, sometimes vivid yet sometimes muted, can display a scene from her camera in a different way than most people would see it with their eyes. The bottom photo was taken by famous French fashion photographer Patrick Demarchelier. He has shot covers for nearly every major fashion magazine, since he is a master photographer who uses light, lines and forms of the human body. Demarchelier said, “Beauty is everywhere”, he says, “you only have to open your eyes.” 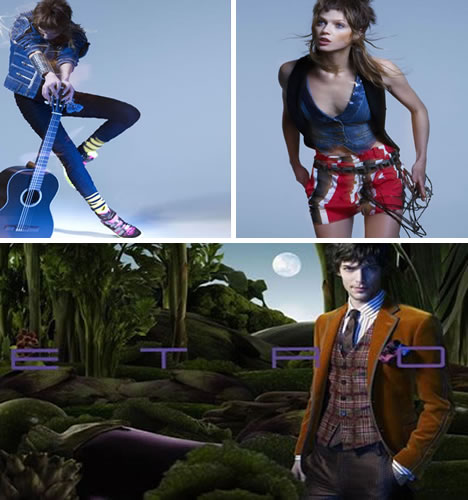 As a fashion photographer, Max Cardelli has photographed many to showcase his sense of style and his range of talent. However, his ability truly was showing for Etros Fall Winter 2008-2009 season shoot. Cardelli and Etros went green, literally. The show venue was the most unique stage of the season. Besides the green set, bundles of greenery, and a garden full of vegetables, Cardelli snapped shots while the models walked on dirt to really get a feel and a feeling of loving our planet. 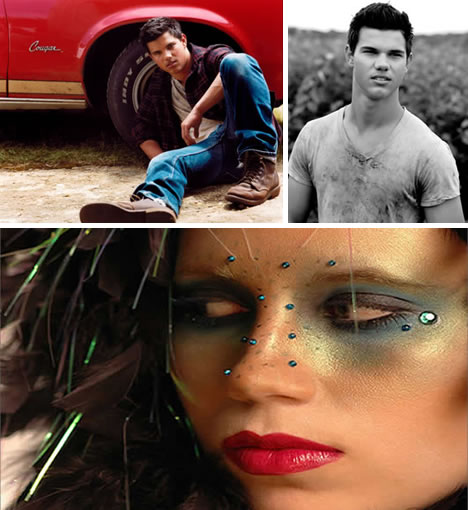 Bruce Weber got his first big shoot with GQ magazine. His style is as unique as his first label line, “eat, swim, sex, sleep.” The photographs on top are from Heartbreaker’s Club, Weber’s take on the best and brightest of young Hollywood. Roman Salicki has done many shoots of sets, food, and jewelry. His variety of assignments have taken him to over 100 countries, from capturing images of celebrities in their fabulous homes to commercial shoots. The photo on the bottom emphasizes a closeup of cosmetic and jewelry fashion.

Way Out There Fashion Photography 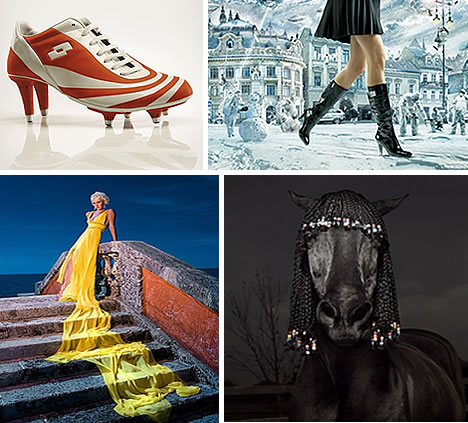 Fashion photography can focus less on the models and more on the products. Some are done with a degree of fun mixed with graphic programs to enhance the images. Carioca Studios presents the top two photographs, one of high heel cleats and the other of black boots set in a magically tweaked background. The bottom left picture was taken by Troyt Coburn. He shoots very enticing pictures, from portrait, editorial, to advertising with some untouched and some graphic alterations done to the images. Lastly, fashion photography can be anything but serious. Julian Wolkenstein made supermodels of horses to show off fancy hairstyles. Each horse took four hours to add the hair extensions and then took a full day to shoot.