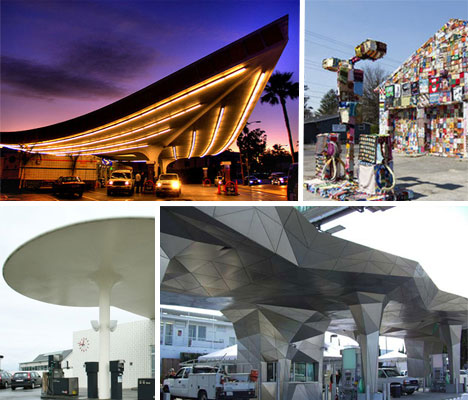 Gasoline is on its last legs. It’s a commodity we’ll soon be saying goodbye to as renewable energy takes over – but what will we do with all of the gas stations left behind?  Most gas stations are unremarkable or even ugly, but these 10 quirky gas station designs will certainly find another use, whether as roadside attractions, shops, restaurants or service stations. 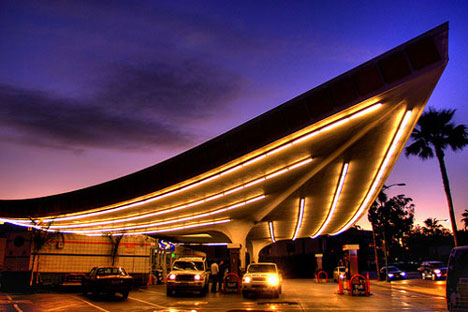 The Jack Colker Union 96 gas station on Crescent Drive in Beverly Hills, California has a roof that looks like it was designed for some other kind of building – and it was. The curved, triangular structure was originally meant to be a part of the LAX airport, but when it wasn’t needed, it was installed at the gas station. 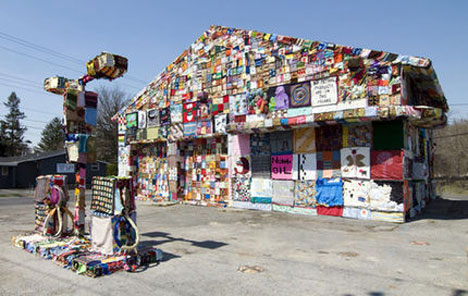 This gas station in Syracuse, New York is pictured completely covered in multi-colored crochet. It’s an elaborate art installation by crochet artist Jennifer Marsh, created as part of her ‘World Reclamation Art Project’.  Marsh accepted 3×3 foot square submissions from fiber artists all around the world and pieced them together around the gas station. 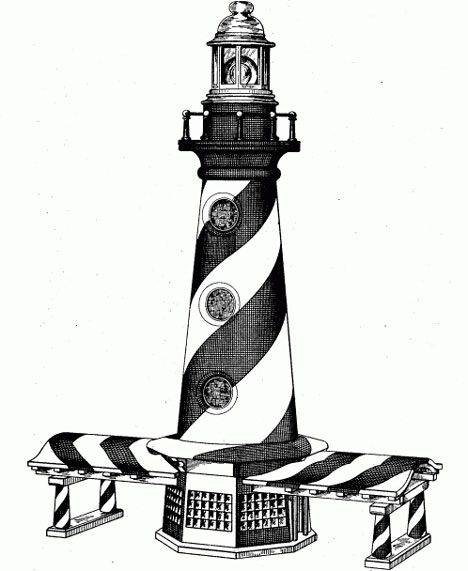 If all gas stations were designed as whimsically as this concept for a Lighthouse gas station, created in 1928 by Robert E. Smith, the world would be a more visually interesting place. Of course, not everyone would be pleased to see a gaudy novelty gas station on every corner. 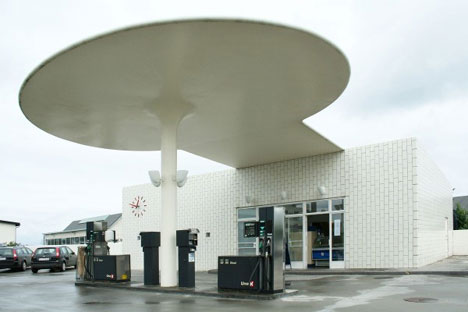 On the other side of the spectrum is this stark yet beautiful minimalist gas station design in Copenhagen, Denmark. Designed by Arne Jacobsen in 1937, this gas station is still functioning – and still gorgeous -–after all these years. 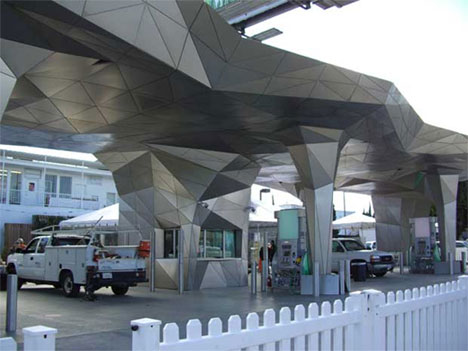 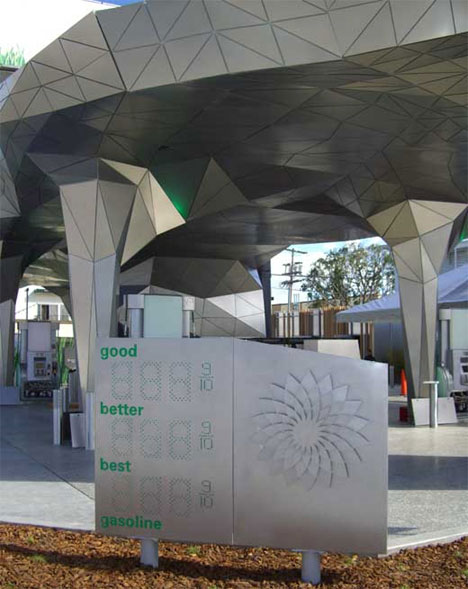 Some people have called it “the poshest gas station in Los Angeles”. Others think it’s a futuristic eyesore. Seemingly influenced by architect Frank Gehry, this geometric metallic behemoth on the corner of Olympic & Robertson replaced a dingy, decaying gas station. It’s an improvement for sure, and has become something of an attraction in itself.

There’s the world’s largest ball of twine, the museum of forks, the House on the Rock – and the Hat n’ Boots gas station. All are great examples of America’s many bizarre roadside attractions, and the Hat n’ Boots may just be one of the most unusual gas stations in the country. Designed by commercial artist Lewis Nasmyth more than 50 years ago, Hat n’ Boots has been restored but is no longer functioning. 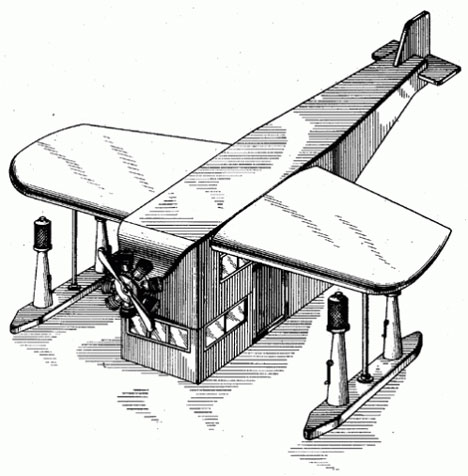 Here’s another strange idea for a novelty gas station: an airplane-shaped design that is supposedly ‘portable’. How that’s possible is not explained, but this concept – created by Charles D. Vary in 1930 – would be right at home in Dayton, Ohio, the birthplace of aviation. 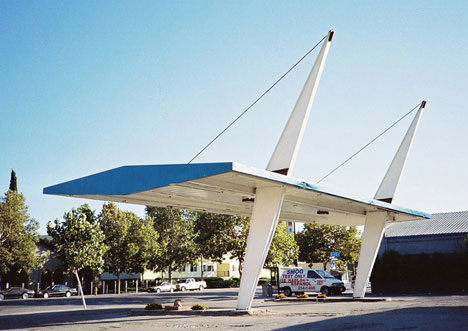 In a classic example of ‘Googie’ or space age roadside architecture, the Alum Rock structure in San Jose, California features two leaning pylons holding up a large steel canopy with nothing but carefully positioned guy wires. Built around 1960, this structure is no longer a functioning gas station, but it remains as an odd sight in San Jose. There are several more spread throughout the valley and in other parts of the country. 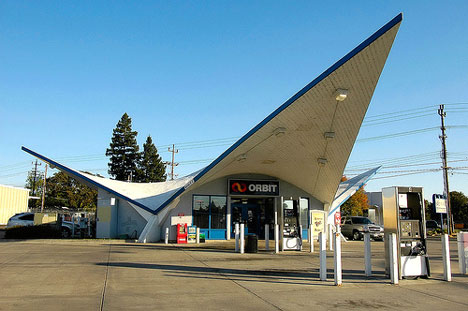 The Vintage Orbit gas station in Sacramento, California is another example of ‘Googie’ architecture. Its unusual shape makes it look like some sort of alien aircraft that just landed. There are a number of vintage Orbit gas stations all over the country but few are still operational, or as well kept as this one is. 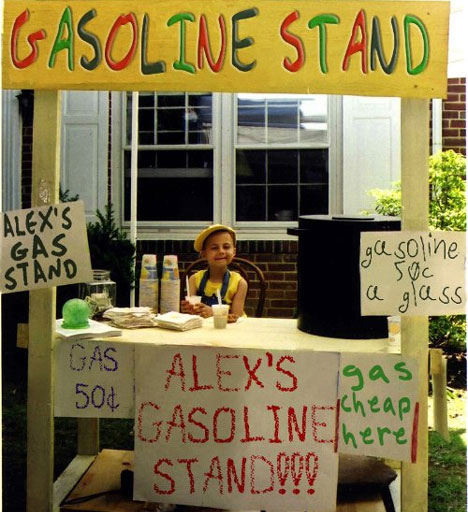 What’s this… a little girl selling gasoline instead of lemonade? That’s not going to taste very good. Okay, so this is a photoshopped creation, but it would certainly be an offbeat example of a gas station if ever we saw one. The original photo is of Alex Scott’s lemonade stand, which benefits childhood cancer patients.