These dozen closed and abandoned pawn shops refute the myth of a robust economy where tax cuts and less regulation trickle down to those in the greatest need. 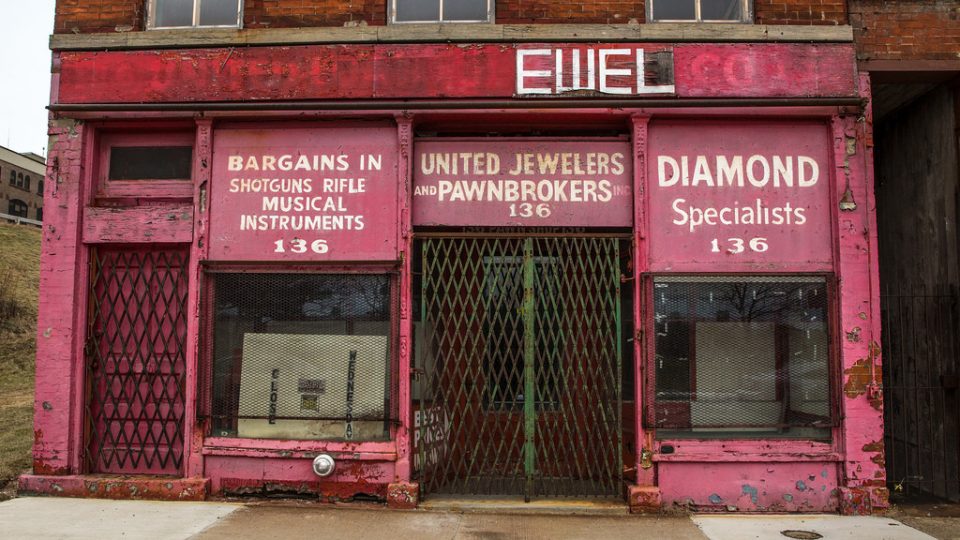 Pawn shops are the canaries in an economy’s coal mine. Often acting as money-lenders of last resort, these fiercely independent businesses can only succeed when buyers and sellers have something of value to trade. Many have survived, even thrived, for decades. Take the former United Jewelers and Pawnbrokers, located on Seneca St in Buffalo and reduced to an ignominious “EWEL”… not to mention a paint job apparently conducted using beet juice. Flickr members Mike S (Mike Saternus) and Jer Johns (5YearJourney) snapped the ruddy relic in October of 2015 and January of 2014, respectively. 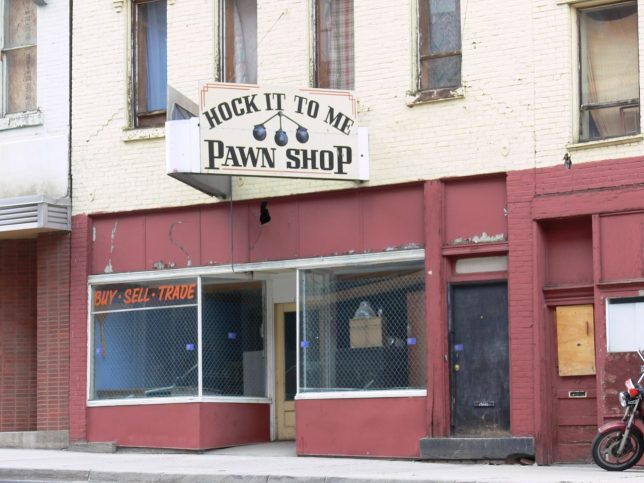 “Hock It To Me” is a great name for a pawn shop though if it was in New York we’d go with “You Hockin’ To Me?” Neat name or not, this abandoned pawnbroker in Uptown Butte, Montana has left the BUY – SELL – TRADE biz for good. Flickr member Henningsen3 stopped by in May of 2006 to capture the shop and its old-style sign for posterity. 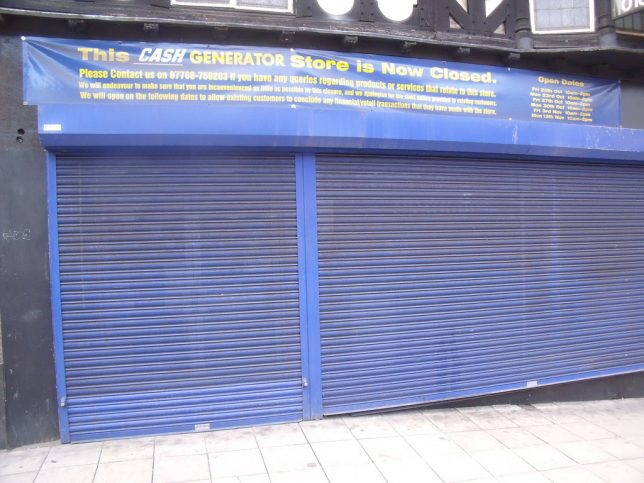 “When even the pawn shops are closing down, you know the city centre has problems,” states Flickr member Crookes (DJN…). The above closed Cash Generator store in Sheffield, UK, was a branch of the Edinburgh-based chain whose services include “money transfer, currency exchange, vape products.” Seems that even the popularity of the latter couldn’t save this particular shop.

Selling England By The Pawned 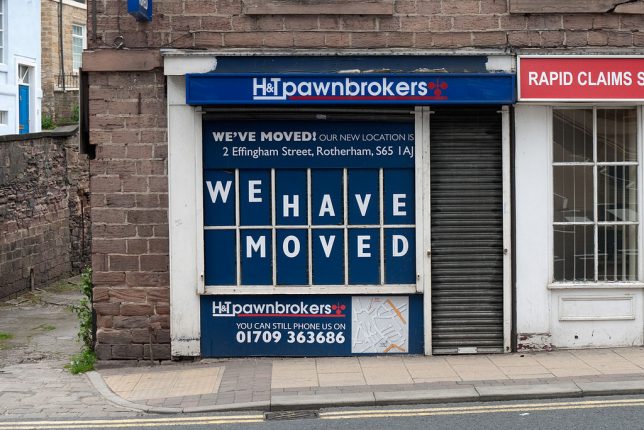 A choice street corner location on the High Street of Rotherham, West Yorkshire didn’t help the above branch of H&T Pawnbrokers. At least they’re making some effort to retain their customer base. Flickr member leon S-D (littleweed1950) captured the weathered but clean closed shop languishing in retail limbo back in January of 2013.