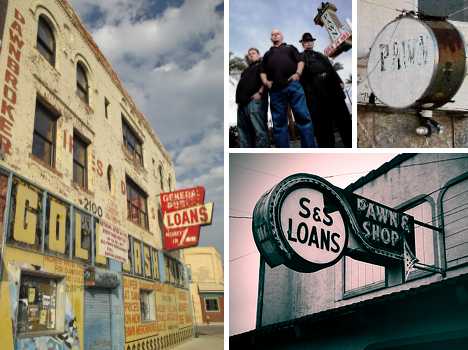 Pawn shops and pawnbrokers typically thrive in economic downturns so how tough must the times be when even pawn shops throw in the towel?

Sold Out, Shut Down & Forgotten 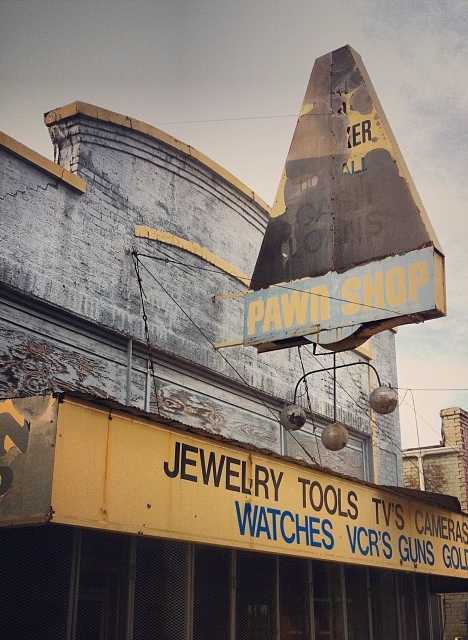 (image via: A City Of Gold)

Urban explorer and talented photographer iamrobbiejones captured the essence of a down-on-its-luck, abused and abandoned pawnshop in the striking image above. The photo in its sobering entirety can be viewed at the artist’s Instagram page, which admirably offers no hint of the closed pawnshop’s name or location.

Sam’s Loans was a fixture of Detroit’s Corktown neighborhood through good times and bad. Opening in 1920, the three-story brick building gradually grew garish with painted and stenciled come-ons enticing Corktowners to cash in their valuables while the going was good. 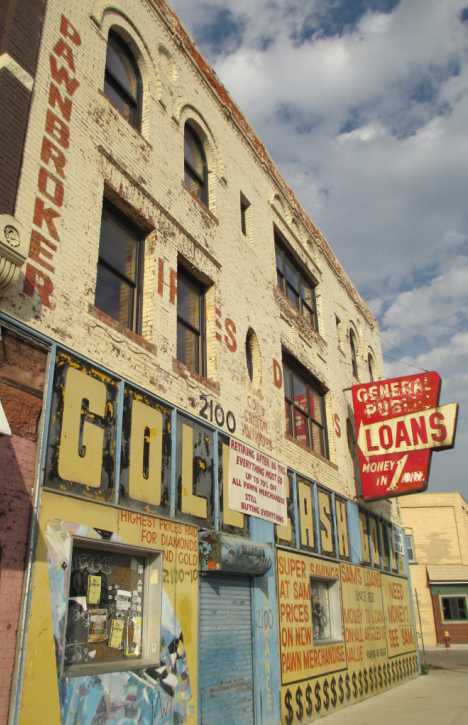 (image via: Deano Around The World)

When the going gets tough, the tough get going and after 86 years in the pawnbroker biz, Sam decided he’d be going… out of business, that is. Besides the red-printed posted notice of retirement, one of the last additions to the cluttered exterior was a sign advertising “Pawn License For Sale”. That was in 2006 and years later there have been no takers. Full credit to Deano for the ominous and eerie image of Sam’s Loans posted a mere month before press time.

The Church Ave. Pawn Shop in Flatbush, one of Brooklyn’s historic communities, occupied a majestic and reserved multistory building that was originally a bank. The transition from a bank to a pawnshop graphically illustrates the decline of this and many other inner city neighborhoods. Nothing against pawn shops and pawnbrokers, but this type of business is often one of the last to successfully operate in urban areas sinking towards the lowest level of decay. 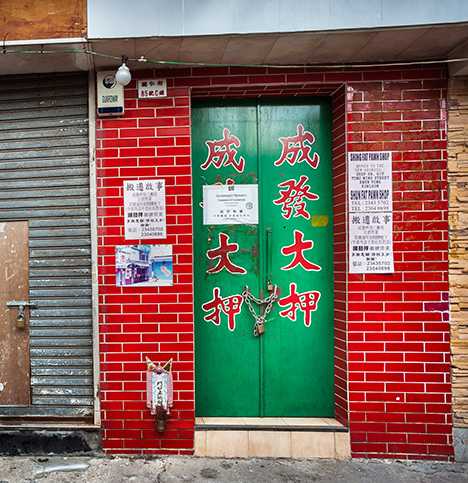 Pawnshops are plentiful in Hong Kong where they often take on the functions of a neighborhood bank. To find a closed and abandoned pawnshop in urban Hong Kong is a rarity; the shop above is located on Fu Yan Street in Kwun Tong, an old and decrepit neighborhood slated for wholesale redevelopment.