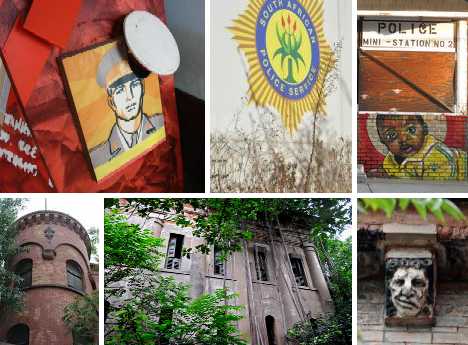 These unlocked, unloaded and unmanned abandoned police stations suggest that when the long arm of the law is crippled, the end of society must be nigh. 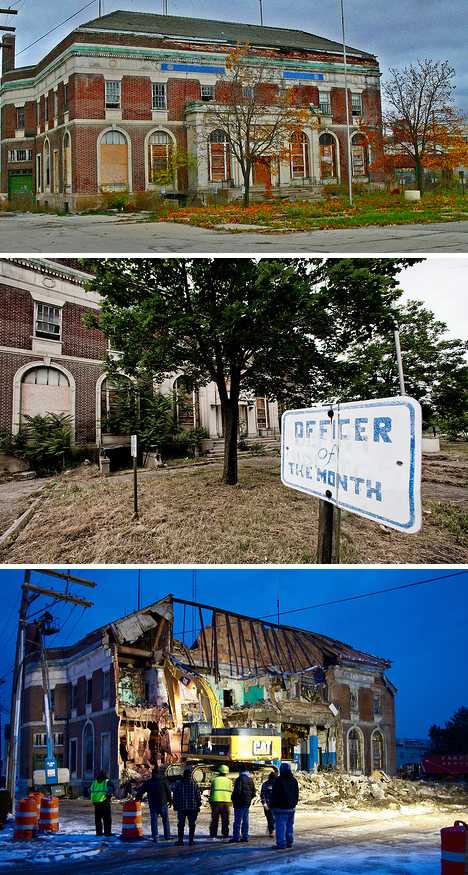 (images via: SCOTT’S WORLD, Thomas Hawk and Detroitmi97 Aka Mark The kid)

No collection of urban abandonments would be complete without something from America’s all-star urban apocalypse in the making, Detroit, so let’s get right to it. The old Highland Park Police Station just off Woodward Avenue was closed in 2007 when the re-formed police department moved to a new location. It didn’t take long before looters and vandals broke in to do that voodoo that they do so well.

The City of Highland Park‘s motto is “Return to Excellence” but when it comes to the old Highland Park Police headquarters, looking back is not an option. There’s nothing to look forward to either, as the building was put out of its misery (aka demolished) in January of 2012. 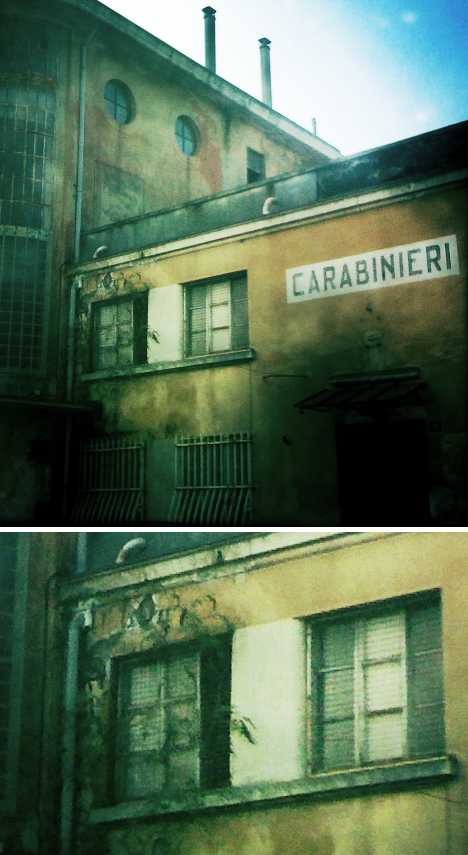 Or grows out as the case may be, and in this case the tree is growing inside a police station in Venaria Reale, Italy. In the absence of any restraining officers, the tree’s branches have escaped the undoubtedly dim and dank interior into the fresh air and warm sunlight. 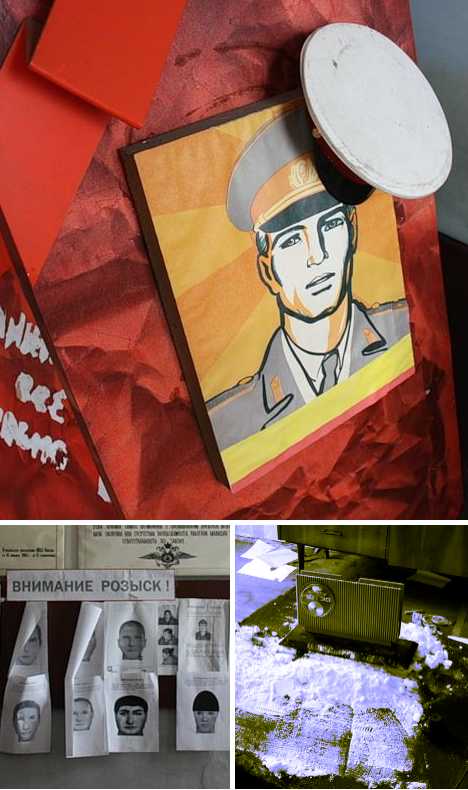 This abandoned police station in Russia’s Tver region was active until 2006 if the moldering calendars on its peeling walls can be believed. The station’s decline parallels that of Tver, a thousand-year-old city whose population has dropped more than 10 percent since 1989. 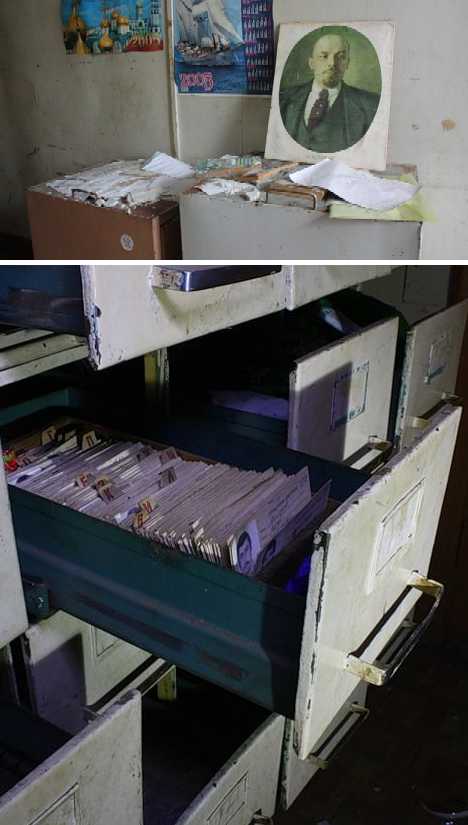 Is that a young Josef Stalin peeking out from the files, or does this person of interest simply reflect Uncle Joe’s legacy of Russian style and fashion? Regardless, Li’l Stalin gets off easy this time along with his fellow filemates in the moldering Tver police station. That’s some darned fine police work there, Lubyanka.