It will be a brand-new, from-scratch American city like any other, with urban, suburban, exurban and rural zones dotted with houses, malls, power plants, police and fire stations, missing only one key ingredient: inhabitants. Currently under construction in the New Mexico desert, the Center for Innovation, Testing, and Evaluation (CITE) is a sort of real-life Sim City, the “first of its kind, in scale and scope,” a unique “fully integrated test, evaluation and certification facility dedicated to enabling and facilitating the commercialization of new and emerging technologies.” 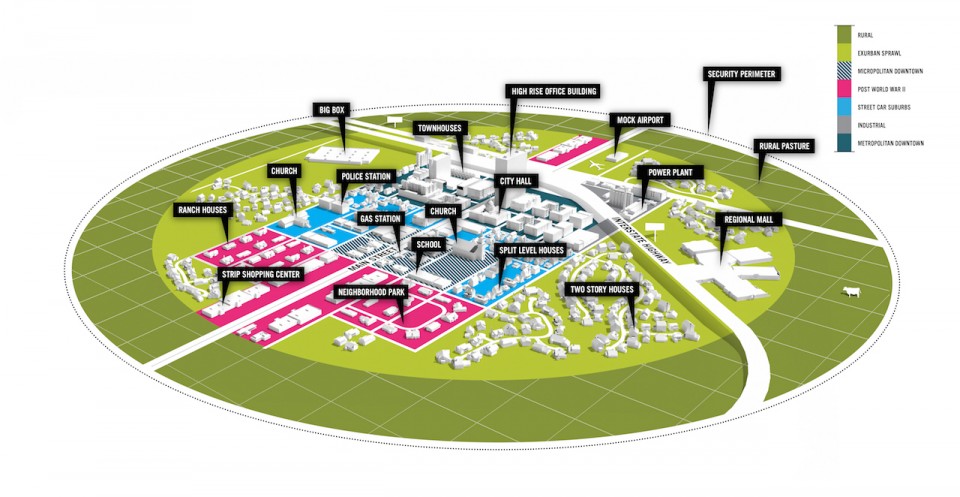 Known informally as City Lab (click to enlarge the diagram above), the 26-square-mile urban laboratory complex has a billion-dollar budget and will host all kinds of tests, including but not limited to: intelligent transportation systems, smart grid technologies and green energy strategies. Wired for data collection and replete with tunnels, system-wide scenarios can be monitored in the minutest detail, a dystopian twist on what might otherwise seem an idyllic mid-sized city capable of supporting 35,000 citizens.

Complete with all the infrastructure of a ‘real’ city, the developer’s target clients include university researchers, federal agencies and commercial enterprises. The facility aims to combine elements of private and governmental test environments like Gravesend, a military and police complex in the UK, Liberty City, a drone-oriented cityscape in the US and Mcity, a newly-built autonomous vehicle testing site in Detroit. 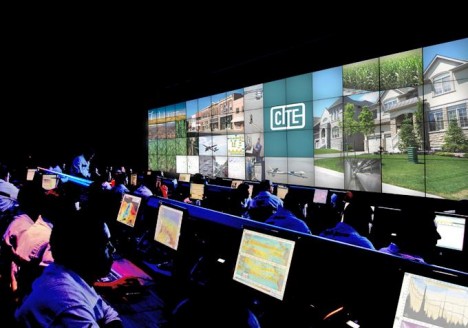 If you have one in your town it is a safe bet CITE has one as well, from churches and highways to a city hall and even an airport. While this place contains all a community could ever hope for, the only ‘residents’ of the place will be a staff of over 300 that maintain its infrastructure and supervise experiments. Imagine the reaction of some archeologist from the distant future, seeing a sort of dystopian settlement wired for full surveillance and connected by a vast array of underground tunnels (The Cabin in the Woods comes to mind, poster below), but at the same time oddly unoccupied and devoid of art, brands or billboards. 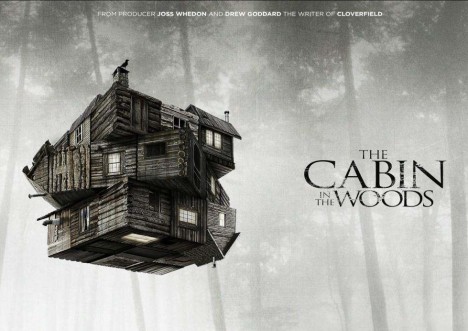 Noting the lack of these quintessential hallmarks of modern civilization, a professor at the University of New Mexico decided to ask what kind of public art would fit such a strange and made-to-be-deserted city. Her students solicited proposals from around the country and selected a set of winners. Ingenious ideas included: sculptural mounds made from the dirt displaced during excavation, testing paint colors around the complex for durability and weather resistance and a farcical strategy to sell lots and gentrify the faux city. 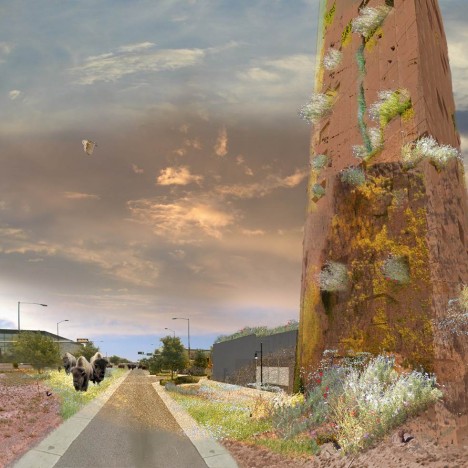 More from Pegasus Global Holdings: “As a privately-owned, privately-operated test and evaluation center, CITE is open and accessible to a wide array of public and private customer segments – domestic and international. The structure and policies in place at CITE are specifically designed to remove legal, cultural and budgetary impediments as are currently prevalent in the process of moving beyond basic research and development activities.”