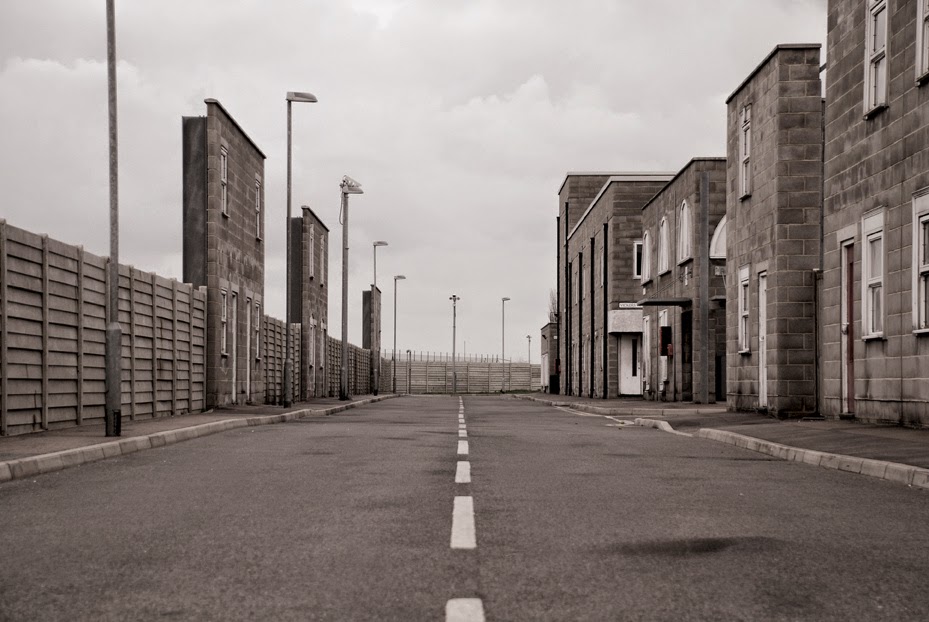 Like the set of a movie or setting of a video game, this surreal suburban facility could easily be mistaken for a real place at first glance – in reality, the installation is an elaborate artificial environment used by police to simulate complex and dangerous situations (photos by Chris Clarke). 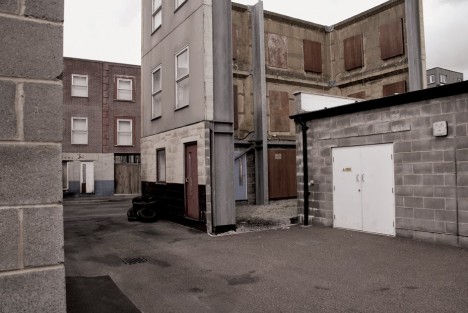 As Geoff Manaugh summarizes the setup, “the barren streets and hollow buildings of this militarized non-place were designed for use as an immersive staging ground for police-training exercises, fighting staged riots, burglaries, bank robberies, and other crimes” including hostage situations and terrorist attacks. 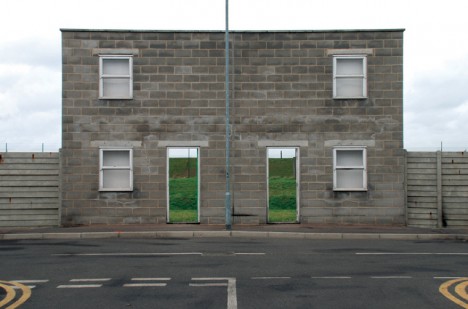 Located in Gravesend, Kent, just outside of London, this strange facsimile of an urban complex is devoid of residents but comes complete with parks, nightclubs, estates, aircraft, trains and tube stations (for hijacking and bombing simulations). Its population, instead, consists of the ebb and flow of the Metropolitan Police, of which the complex accommodate up to 300 militarized participants at one time. 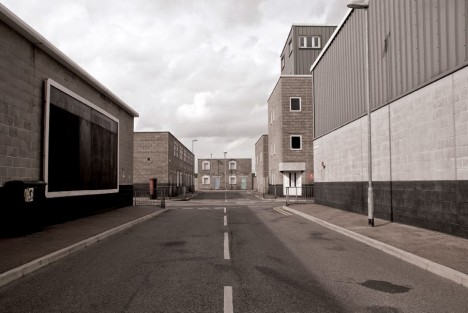 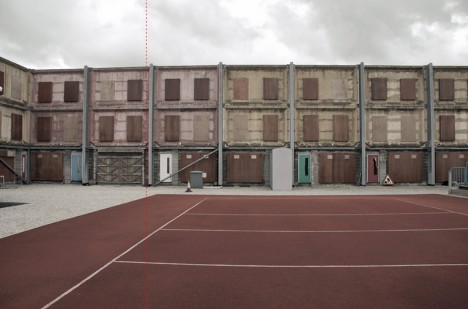 The same company was later contracted to “upgrade the specialist indoor shooting ranges and simulation systems [to] feature High-Definition projection systems, additional support for standard issue firearms and less-lethal devices, laser-based 3D virtual training environments, and a course editor for creating bespoke training exercises.” Even these official descriptions lend themselves to a range of dystopian speculation and dark interpretation. 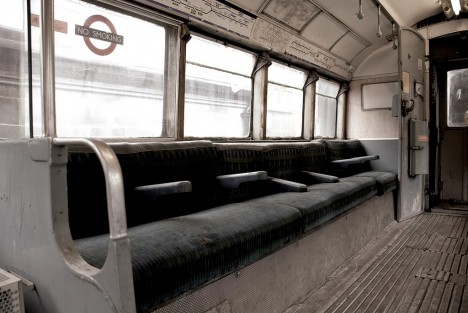 Author of Subtopia, Brian Finoki notes that this dull gray place is deeply bizarre in nature, “a city standing on the planet for one purpose: to be rioted, hijacked, trashed, held hostage, sacked, and overrun by thousands of chaotic scenarios, only so that it can be reclaimed, retaken, re-propped in circuitous loops of more dazzling proto-militant exercise, stormed by a thousand coordinated boots for eternity, targeted by hundreds of synchronized crosshairs of both lethal and non-lethal weapons.” 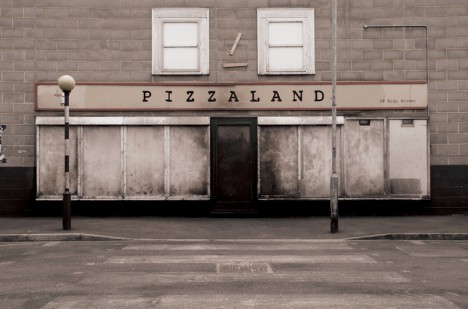 Photographer Chis Clarke, whose Flickr photo set is worth seeing in its entirety, suggests a bold (albeit perhaps somewhat dramatic) take on the complex and its meaning in the contemporary cultural context of the United Kingdom: “Gravesend can be interpreted as a warning – a prophecy of society’s potential to alienate itself from itself, and kill its collective identity. This surreal installation serves as a chilling account of the death of community in 21st century Britain.”