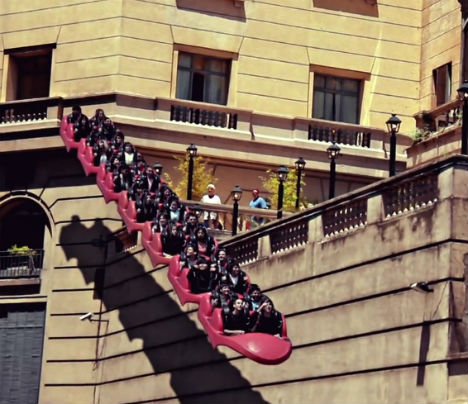 The warm air of sunny downtown Buenos Aires is suddenly pierced with screams as a roller coaster zooms along the side of the building. In mid-air. With no tracks. Film director Fernando Livschitz of Black Sheep Films has created a strikingly realistic video in which this exact scenario occurs, a surreal spectacle that bends our perception of reality. 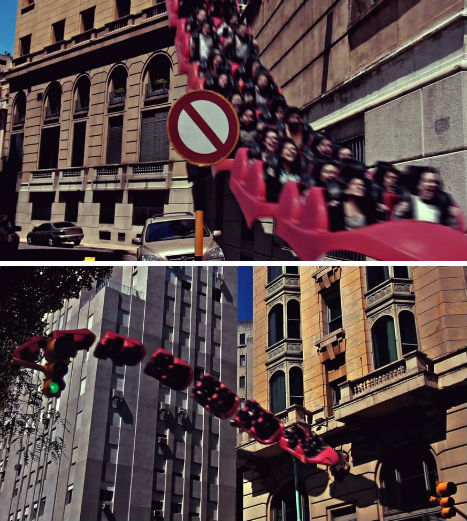 Entitled ‘Inception Park‘, the video references Chris Nolan’s film in which an ‘architect of dreams’ creates fantasy urban landscapes that look real at first, but quickly prove to be physically impossible. Cities can’t fold on top of themselves – and roller coasters can’t glide on air. 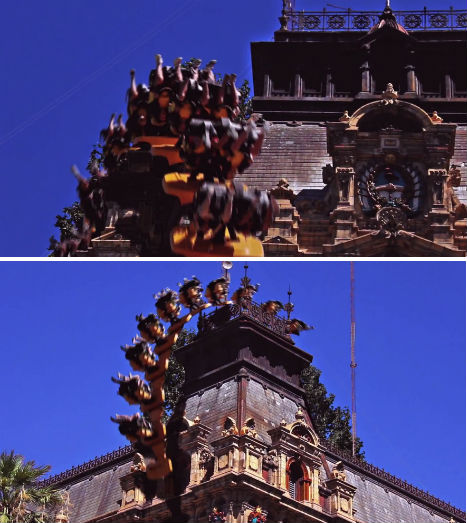 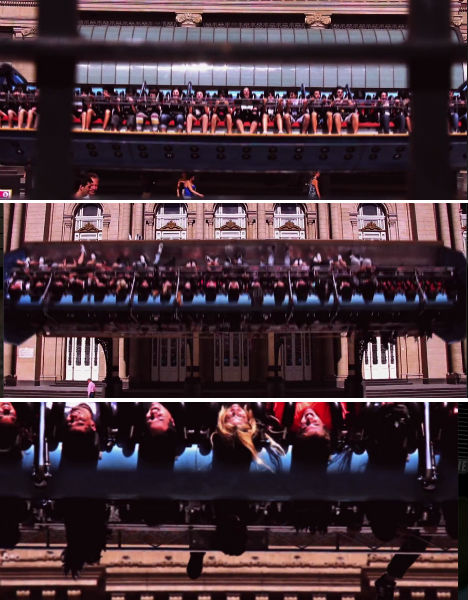 The effect is breathtaking, with a series of roller coasters and carnival rides swirling through the least likely of places. Black Sheep Films turns the entire city of Buenos Aires into a magical urban playground. Just try to watch it without smiling.