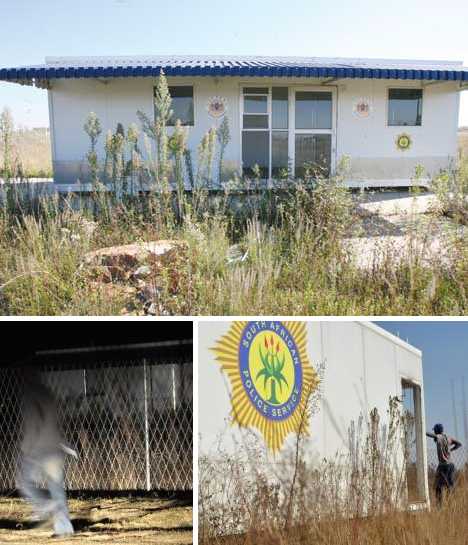 (images via: The New Age and The Star)

Times are tough all over but they’re even tougher in Bramfischerville, South Africa since residents’ long hoped for police station has ended up a non-starter. Built from a modified shipping container to serve one of Soweto’s poorer districts (which is saying something), the satellite police station was never staffed nor opened due to an ongoing dispute between the South African Police Service and the local Department of Community Safety over who should actually oversee the station. 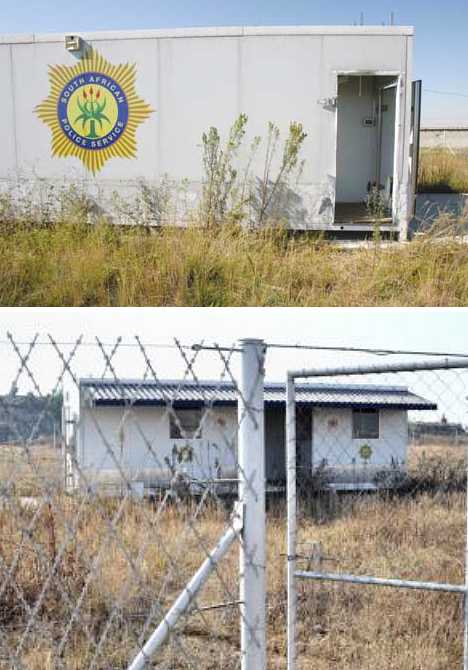 (images via: IOL News and The New Age)

In the interim, looters have stolen the stations doors, windows and furnishings while ripping up the supposedly vandal-proof metal flooring panels to sell as scrap. The remaining hulk is now used as an after hours “smoke hub” by area youth. “These boys come in there and smoke,” complained one frustrated Bramfischerville resident. “We cannot tell them to stop, we are not cops.” The nearest functioning police station is a 45-minute walk away.

People talk about the “lawless tribal areas” of Pakistan but they never consider the region’s many abandoned police stations like this one in Bhera. Built in 1870 on the town’s Kacheri Road, the long-abandoned Bhera police station now houses several mature trees and at least one water buffalo… better address him as “Sarge”, just to be sure. 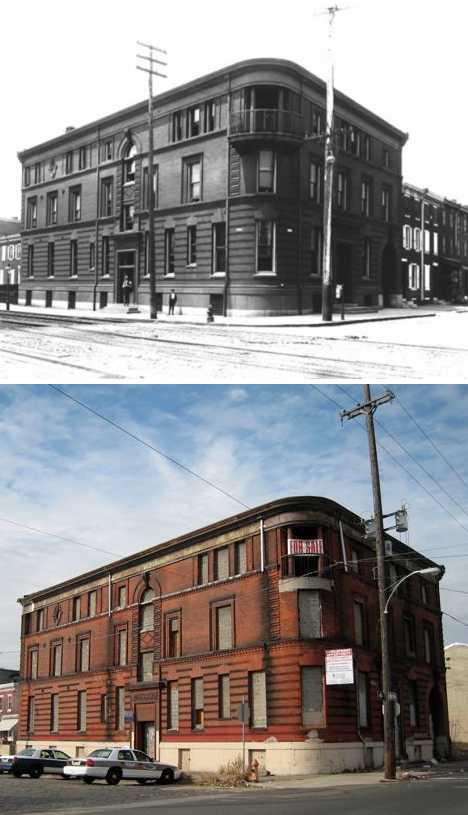 The Twenty-Sixth District Police Station in the Fishtown section of West Philadelphia has seen better days but unlike many of its brethren, actually has a bright future. The grand old station was built in 1896, or “MDCCCXCVI” according to the masonry panel above the main entrance. It sure looked spiffy in 1900. In later years, the building was used as a bakery but that particular second life ended in the 1970s. 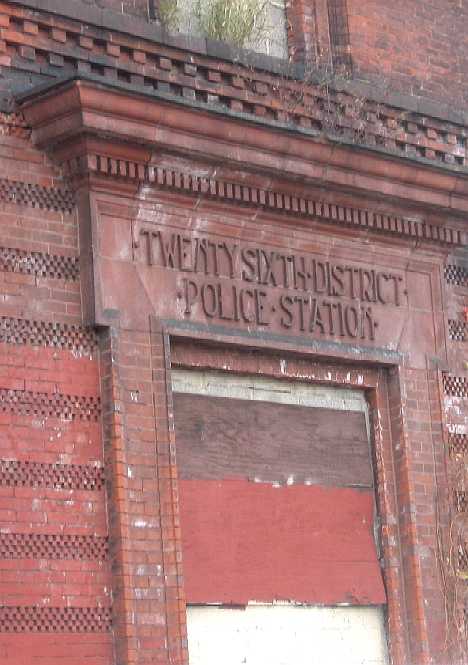 Added to the National Historic Register in 1984, the former Twenty-Sixth District Police Station was sealed off and minimally maintained while the City searched for a buyer who would undertake redevelopment. It took a while but finally, in 2011, the building was sold and VLBJR Architects, Inc. will oversee its rebirth as a bank topped by nine, 700-800 sq ft one-bedroom apartments.