Driving into Motor City, the beautiful and towering 18-story Michigan Central Station is hard to miss — it is both a Beaux-Arts Classical landmark (standing out even in a city rich with historical architecture) but also a famous abandonment, which became emlematic of the city’s decline, at least until now. 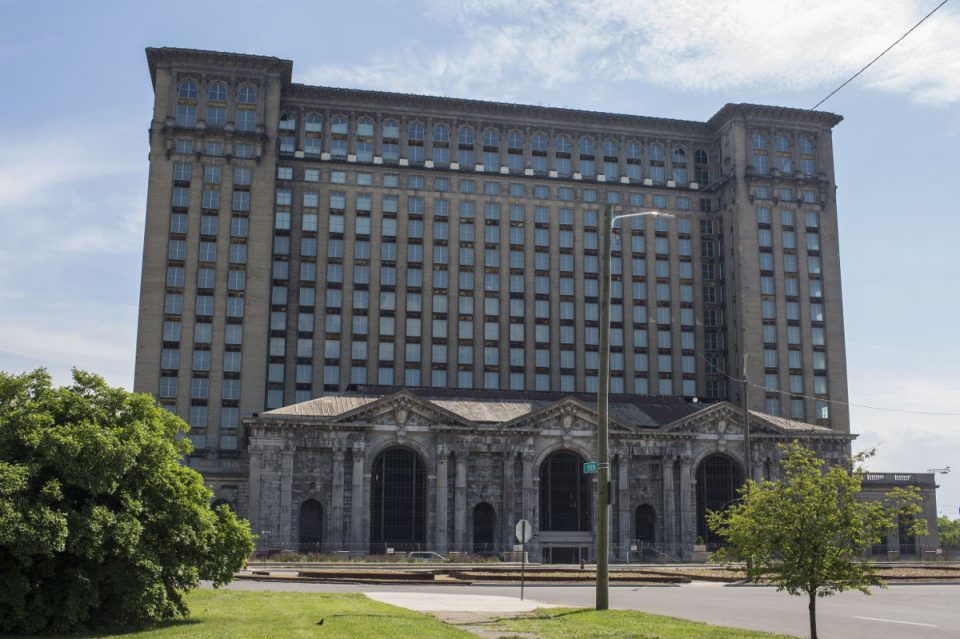 This train station operated on and off from dedication in 1914 to its final closure in 1988, a literal and symbolic victim of Detroit’s own automobile boom and suburban flight. Purchased nearly 100 years ago by Henry Ford, the building passed through many hands in the subsequent decades, before being purchased again by the Ford Motor Company this year for redevelopment. 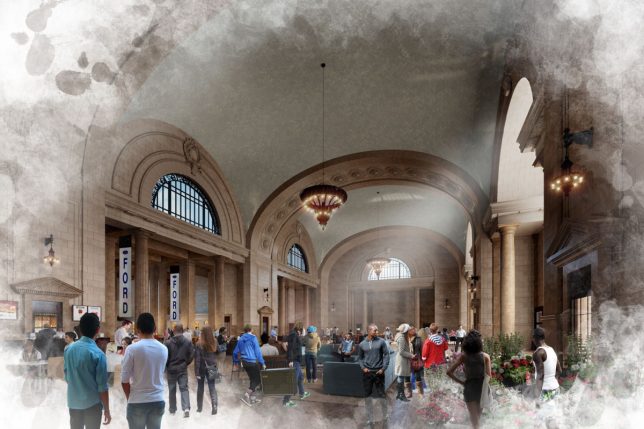 With designers from Snohetta, Ford is turning the structure into a hub for its autonomous vehicle development and deployment, making it an anchor for the company’s Corktown campus. Following restoration and renovation of the structure, originally designed by the same architects behind New York’s famous Grand Central Terminal, the mixed-use first floor concourse will be reopened to the public with restaurants and retail. 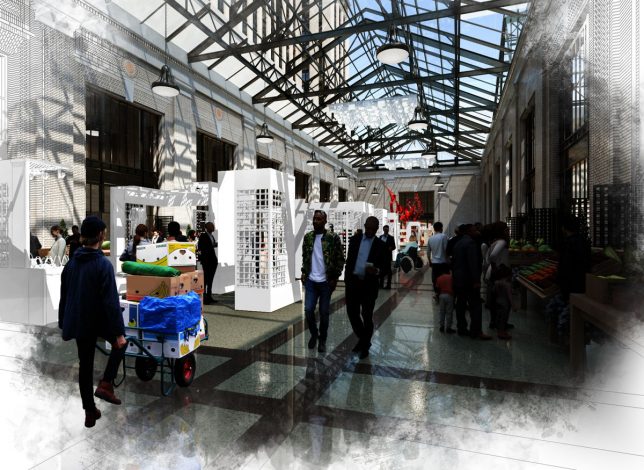 More on the restoration: “As Ford envisions the future of mobility, Ford and Snøhetta will rethink existing cities in addition to creating new urban spaces and mobility systems through responsible and sustainable urban planning, product design, and business practices. New and innovative roadways, parking facilities, and integrated pedestrian connections are just some of the design considerations that will highlight the positive impact of Ford’s future mobility technologies. Ford plans to implement the first City of Tomorrow study in Corktown, with other cities in mind for the future.” 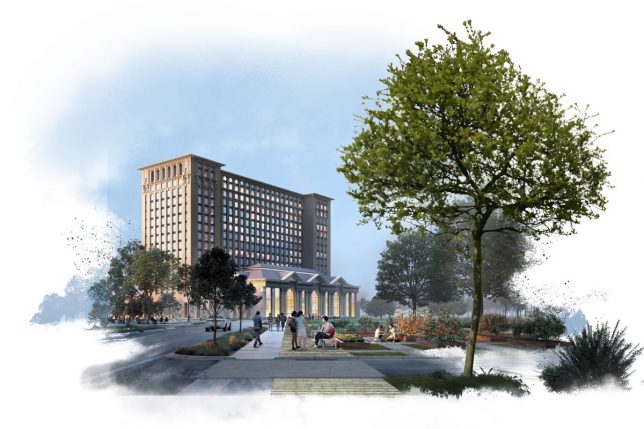 For years, the building was a mecca for urban explorers who would enter illegally to explore and photograph the ruin, as well as a feature in numerous films and television shows. Going forward, it will once again become a kind of urban transportation hub, but one of a very different nature. 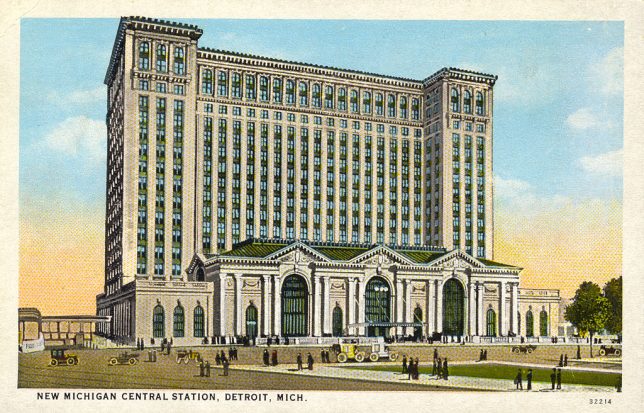 Michigan native and area resident George Gregory attended the public press conference outside the station announcing the plan, and noticed some changes on the site. “The fence is bigger and about 250 yards further back,” he observed, and the building looks better, presumably in part because the previous owner “put in new windows … and made other changes.” Leading up to the announcement, “rumors have abounded for weeks,” says Gregory. “Local real estate prices have skyrocketed. An abandoned hotel in the area has a For Sale sign on it.”