A seemingly bottomless vortex of black water spins endlessly in the unlikeliest of places: the floor of a brightly-lit movie theater in San Gimignano, Italy. Peer into its mesmerizing depths, however, and it’s easy to forget where you are, feeling as if you might get sucked inside. 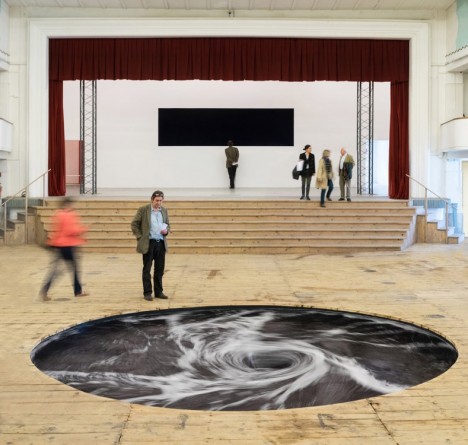 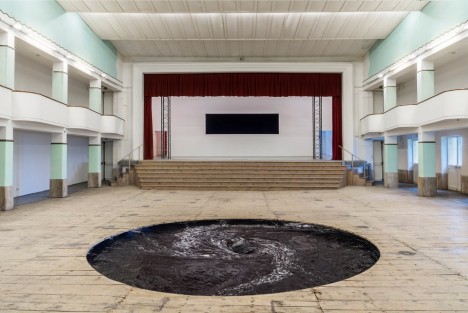 ‘Descension’ is an installation by artist Anish Kapoor, specifically conceived for the former cinema, which has now been transformed into a gallery. The whirlpool is among a series of works by Kapoor on display in the space, including alabaster sculptures and large-scale works in fiberglass. 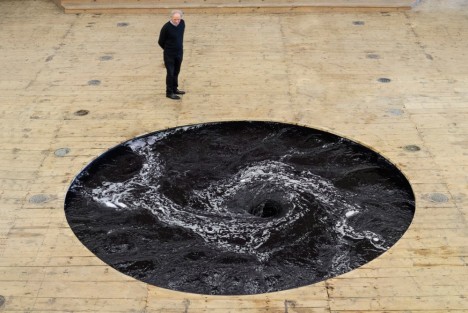 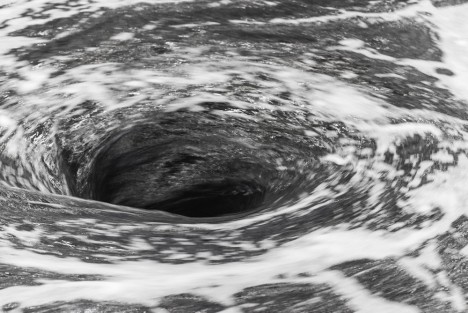 “I have always thought of it (the void) as a transitional space, an in-between space,” says Kapoor. “It’s very much to do with time. I have always been interested as an artist in that very first moment of creativity where everything is possible and nothing has actually happened. It’s a space of becoming.” 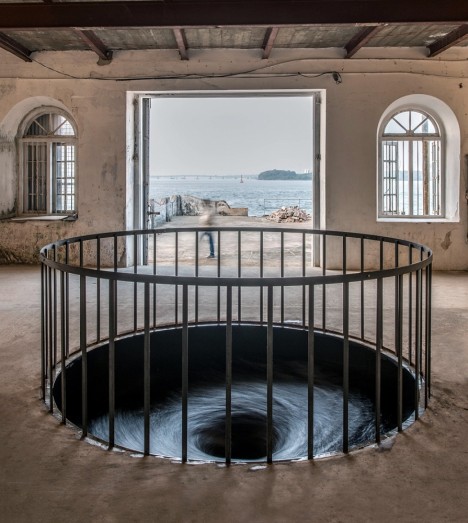