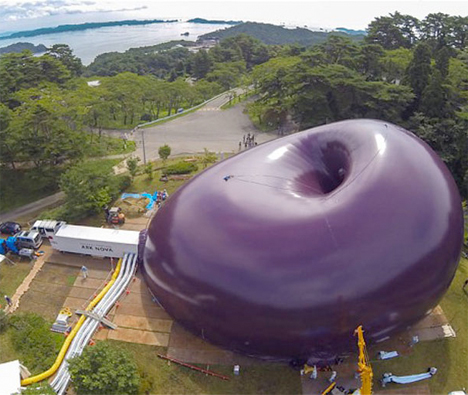 A giant purple bubble will rise from a pile of plastic to bring music, workshops and performance to Japan’s northeastern coast, which was devastated by an earthquake and subsequent tsunami in 2011. A collaboration between British sculptor Anish Kapoor and Japanese architect Arata Isozaki, the Ark Nova is the world’s first inflatable concert hall, and will tour the country for the Lucerne Festival Arknova 2013. 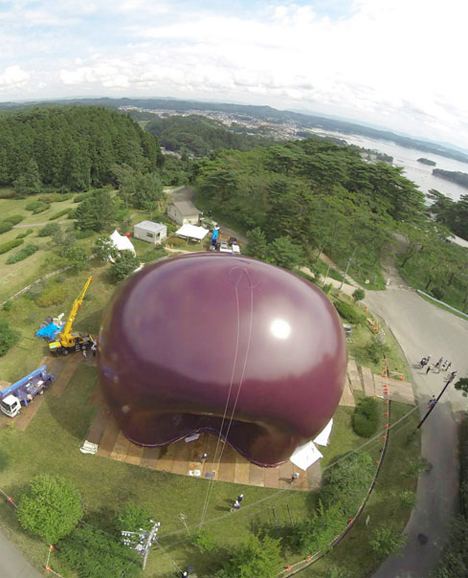 Once fully inflated, the coated polyester structure measures nearly 60 feet in height and 115 feet in width. Its first stop is at a park in the town of Matsushima, which suffered serious damage to its many important cultural properties and artistic monuments, and lost thousands of residents. 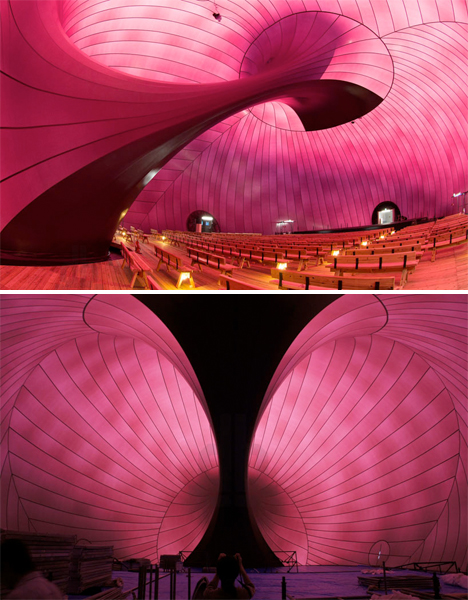 Wood from cedar trees that were damaged by the floods was used to create seating for 500 guests. The structure can easily be deflated, and will travel around the region to host events that organizers hope will help rebuild local culture and spirit. 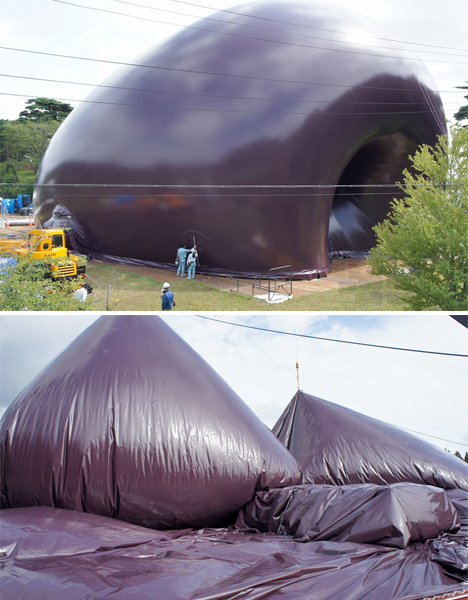