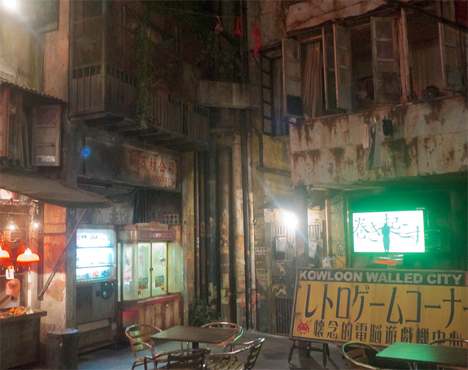 Kowloon Walled City, the lawless metropolis just outside Hong Kong, was evacuated and destroyed – but there is still one place in the world where it can be experienced almost as it really was, in a safer and more sanitized setting. Visitors to the Kawasaki Warehouse Amusement Game Park located between Tokyo and Yokohama can slip into those dark, virtually airless passages long after their disappearance to get a sense of what it must have been like to live in a packed dystopian city run by the mob. 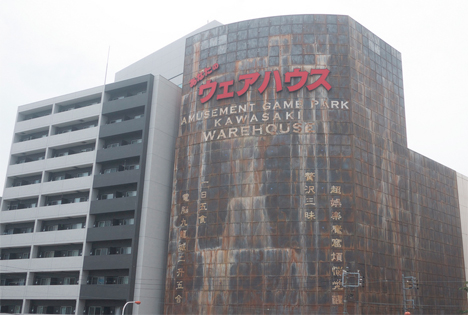 David of Randomwire visited Kawasaki to get a glimpse of it himself, revealing a recreation that takes you from a faux-rusted factory exterior into dingy alleyways modeled on those of Kowloon. David describes it as “grimy, devoid of sunlight and complete with a soundtrack to match.” 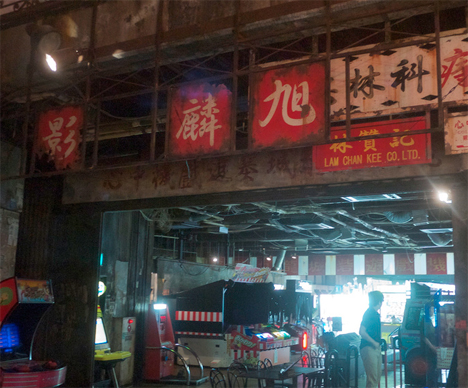 Many of the items found within these halls, including the signs, are based on those that can be seen in old photos and videos of the city. Gambling dens and illegal services of all varieties can be seen just beyond hazy panes of glass. See lots more photos in large sizes at Randomwire. 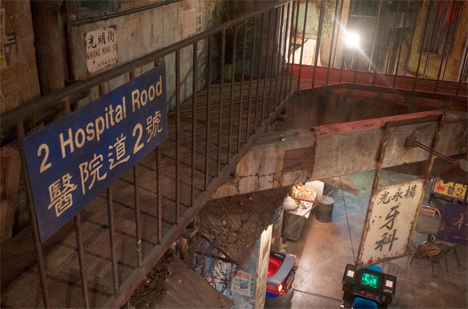 The real Kowloon Walled City was once packed with at least 50,000 inhabitants in just 6.5 acres, full of refugees, squatters and those looking to evade the law. After its demolition in 1993, it became the site of a vast park full of gardens, ponds and trails.